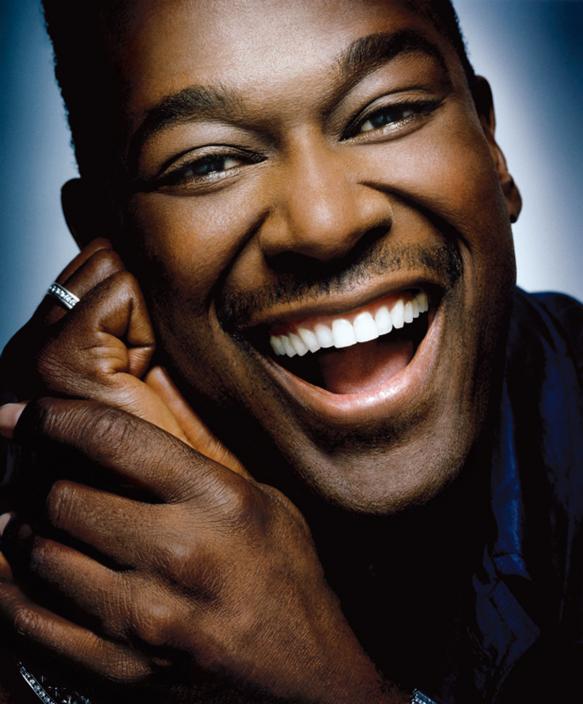 In the world of contemporary music, there are just a handful of superstars whose first name alone brings instant recognition. Check Aretha, Whitney, Mariah, Diana and Dionne. But when it comes to male vocalists, the list is far shorter. One name towers above the rest in any discussion of black male singers whose impact and influence has been unparalleled. Say the name “Luther” and record buyers the world over respond immediately.

The fact is, Luther Vandross was, and always will be, the pre-eminent black male vocalist of our time.

In the years since Luther’s passing, one constant has remained to define his life and musical success: the voice. Like any great singer of the past 100 years, Luther Vandross’ voice and distinct singing style led to not only monumental success, but an instant recognition when you hear him singing–through your stereo, car radio, on TV or in a movie. Bing. Frank. Billie. Robeson. Aretha. Diana. Dionne. Whitney. Mariah. Michael. Marvin. Luther. It is rarified company, but indelibly classic and everlasting in the annals of American music and a club in which Luther Vandross’ membership is permanent.

Coupled with that voice was Luther’s unique ability to write and sing about love and the shared emotions we all feel in that search for and enjoyment of love. Love of family, friends, that special someone–all were themes Luther explored with his music regularly, reaching many. Through his songs, for the last two generations Luther Vandross became a staple in the most joyous moments of people’s lives.

At the time of Luther’s death in 2005 following complications from a stroke two years earlier, Luther had been in entertainment for 35 years. From his introduction to the world as a singer on the first season of PBS’s Sesame Street in 1969 to winning four Grammy Awards in 2004, Luther was a permanent and dynamic force in popular music. He crossed boundaries, starting with his earliest success as a background vocalist and arranger for David Bowie, Bette Midler, Barbra Streisand, Donna Summer, Carly Simon, Judy Collins, J. Geils Band, Ben E. King, Ringo Starr and Chic. He produced records for Aretha Franklin, Dionne Warwick and Whitney Houston. He wrote one of the climactic musical numbers (“Everybody Rejoice”) for the Tony Award-winning Broadway musical and Academy Award-nominated film The Wiz. Luther’s reach is extensive enough that CBS Sports has used his rendition of “One Shining Moment” for their coverage of the NCAA Men’s Basketball Tournament since 2003, and Luther performed the National Anthem at Super Bowl XXXI in January 1997 in New Orleans.

Luther was a regular musical performer on the television shows Saturday Night Live, The Tonight Show (Johnny Carson and Jay Leno), Rosie O’Donnell, The Arsenio Hall Show, Solid Gold and Soul Train and was a common performer at Washington DC events in the 1990’s, including The People’s Inaugural Celebration, A Gala for the President at Ford’s Theatre, Christmas In Washington and A Capitol Fourth.

Luther also appeared on Hollywood Squares and Family Feud, and tried his hand at acting on TV’s In Living Color, 227, New York Undercover, Beverly Hills 90210 and Touched By An Angel and in the film The Meteor Man. Luther’s songs have appeared in a vast number of movies, and he contributed original songs for sixteen films, including Bustin’ Loose, The Goonies, Ruthless People, Made In Heaven, House Party, Hero, Money Train and Dr. Dolittle 2.

For almost 25 years, from 1981 to 2005, Luther dominated the American R&B music charts like no other artist before or since. In that span Luther released eight #1 R&B albums, seven #1 R&B singles and another five Top 20 R&B singles. He achieved crossover status with eight Billboard Top 10 albums, including reaching #1 with 2003’s Dance With My Father; and another five Top 10 Billboard Hot 100 singles.

From 1981 to 1996, Luther Vandross released 11 consecutive platinum/double platinum albums on CBS/Sony’s Epic Records label; and at the time of his passing in 2005, 13 of Luther’s 14 studio albums had gone Platinum or multi-platinum.

Luther’s success was not confined to the United States, with record sales of over 40 million worldwide since 1981, including four Top 10 UK albums (one #1). In March 1989, Luther Vandross was the first male artist to sell out 10 consecutive live shows at London’s Wembley Arena.

Throughout his distinguished career, Luther Vandross was active in charitable causes with the United Negro College Fund and the NY Chapter of the American Diabetes Association, in addition to performing at numerous charity concerts, most notably Michael Jackson’s Heal The World concerts in the 1990’s. Luther also contributed “The Christmas Song” to the A Very Special Christmas 2 record released in 1992 to benefit the Special Olympics.

Luther Vandross was a musical master whose style has influenced an entire generation of today’s vocalists. His distinctive brand of satin smooth vocal magic moved international audiences and continues to touch people to this day.