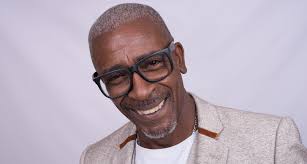 Junior first began singing in a local band at the age of 14, encouraged by the sounds of doo-wop, early Motown, soul and reggae.

Junior Giscombe has had a long and varied career over the years. He has worked as a performer, songwriter and within various areas of production, demonstrating his wide-ranging talents as a musician. He has also has the privilege of being able to work alongside a diverse selection of other accomplished artists.

Junior Giscombe first became involved in the music industry in the late 80’s. From the type of albums which make you want to get up and dance, to more mellow, soulful tracks which you might listen to while relaxing with a good book or a game of online PartyPoker there really is something for everyone within this assorted discography. Take a look below to see the full list of projects which Giscombe has been involved in.

As the years passed however, the hobby became a full time musical career and Junior realised that his talents lay in writing and performing his own music. His first recordings date back to a cover of the ever green song “Nice and Slow “by Jessie Green, then the song which got him noticed “Hot up and Heated”.

Initially signed to Phonogram Records, 1982 saw Junior hit the chart heights with the infectious anthem ‘Mama Used To Say’ which became a transatlantic hit, prompting Junior’s appearance as the first black British artist on Soul Train and earning him Billboard’s ‘Best Newcomer Award’ presented by the legendary James Brown.  The U.S. hit, ‘Too late’ which reached no 8 and his auspicious debut album ‘Ji’ followed.

Junior’s second album ‘Inside Looking Out’ was released in 1983 featuring the U.S. hit ‘Communication Breakdown’.  Travelling throughout the U.S. for promotion, Junior teamed up with the renowned producer Arif Mardin, who was later to contribute tracks to Junior’s third album ‘Acquired Taste’ released in 1984.  That same year Junior wrote ‘Do You Really Want My Love?’ for the multi platinum selling Beverly Hills Cop sound track album.  At this time he was subsequently enjoying success as a songwriter with his compositions recorded by artists such as Phyllis Hyman and Sheena Easton.

What followed in 1987 was Junior’s biggest European hit, ‘Another Step’, a duet with Kim Wilde, which reached number 6 in the U.K charts. A string of performances including a tour with Wilde as opening act for Michael Jackson took place.

Towards the end of 1987 Junior completed ‘Sophisticated Street’, his fourth and last album for Polygram.  Recorded in Minneapolis with producer Monte Moir and in L.A. with Stewart Levine, the track ‘Yes If You Want Me’ emerged as the album’s biggest hit single, providing Junior with yet another top 20 U.S. R&B entry in the Spring of 1988.

Taking time off to re-evaluate his direction, Junior felt he needed to enhance his creative control and went on to work with his choice of producers namely; Alan Glass, Blacksmith, Simon Law (ex Soul II Soul), Robbie Taylor and Greg Smith. From this collaboration of writers/producers came the album ‘Stand Strong’, released on MCA.  This heralded as Junior’s most focused work since his debut album.  Mixing an exciting variety of music, the album included such outstanding tracks as the sublime’ Morning Will Come’ and the nasty groove of ‘Step Off’.

Although critically acclaimed by all who heard it, Junior felt the album should have achieved more.  “Both I and the record company (MCA) felt that the songs on ‘Stand Strong’ were just too good to be ignored and so I wanted to do something to reintroduce them to a new audience.  Finally we rested on the idea of re-working the tracks and producing a new album, which would include 6 new tracks so as to give something more to those people who bought ‘Stand Strong’.

The album aptly entitled ‘Renewal’ was released in November 1992 on MCA and it saw Junior continue the relaxed theme of ‘Morning Will Come’ but taking it into the next phase.  As Junior said, “on this album I became a lot more spiritual and lyrically I felt I became much stronger.

On the ‘Renewal’ album are innovative tracks such as ‘Never Gonna Let You Walk Away’, You Don’t Have To Look Far’ and ‘Why’.  Junior Once again demonstrates his ability to reach out and appeal to a wide cross-section of people.

Junior went on to release a recreation of the Detroit Spinners and Dionne Warwick classic, ‘Then Came You’ in 1992.  This achieved national top 30 chart success.

In 1995 Junior contributed to that infamous first album by The ‘Lighthouse Family’ simply entitled ‘Ocean Drive’. “The titles, the titles I hear you ask.  Well they are ‘Keep Remembering’ and ‘What Could Be Better’.  This album sold over 5,000,000 (five million) copies worldwide.

That same year Junior decided to set up his own Label StepOff Music, “I was meeting so many talented people that it just made sense plus there were things that I wanted to say and new I couldn’t say while being signed to a Major.  The following year saw the release of ‘The Best of Junior’ album on Polygram.  Here they were to capitalise on Junior’s notoriety as a brilliant songwriter/producer’ singer once again. Junior released ‘Honesty’ his first album on his own label in Japan and commanded sales to the tune of 30,000 (thirty thousand) copies, this album was released in the U.K in January 1997.

Being that all giving natured person, Junior decided it was time to continue spreading his style around so during the same year he leaned more towards production.  This saw him doing more work with new artistes on Sony and Warner record labels.

Phillip Bailey of Earth Wind and Fire used one of Junior’s songs entitled ‘Anything Is Possible’.  The first single from his solo CD in Japan this reached sales in the region of 30,000 (thirty thousand) the album was released in the U.S in June 1998.

Junior’s song writing skills have in no way been left untapped and while he has been out of the limelight, he has continued to be prolific, penning songs for a number of artistes, including Maxi Priest, Penny Ford (ex Snap), Amy Stewart, and Ruby Turner.To-day we have such artistes as Heavy D, Warren.G, Cam’rom and Brand Nubians taking a lick of the classics’ Mama Used To Say and Too Late’.

A pioneer in his field, Junior was the first artist to create and present British based black music to audiences outside the U.K 25 years ago. Since then he has consistently produced a number of important albums which have charted his artistic growth and development. Junior demonstrates his unique talent for well-crafted and beautifully sung songs, which transcend categories simply drawing in and delighting any audience.

In 1999 he teamed up with TV Presenter Richard Blackwood, who is his Nephew, to re-record Mama Used to Say as Mama Who Da Man. This was released in the spring of 2000 giving Junior his biggest hit to date as a Producer reaching No 3 in the UK National Chart. There then followed the Top 10 hit 1234 Get With The Wicked and Top 20 hit Someone There for Me and the album You’d Love To Hate This.

What of the future for our jovial genius you ask; “I just want to touch a lot of people with my music,” he says. Junior is full of surprises for those of you who dare to treat your ears to a wide ranging sphere of great music, you have already followed him into the millennium and he won’t let you down. “I believe I am here for a reason and my next project which is a New Album my first in 10 years will show that.