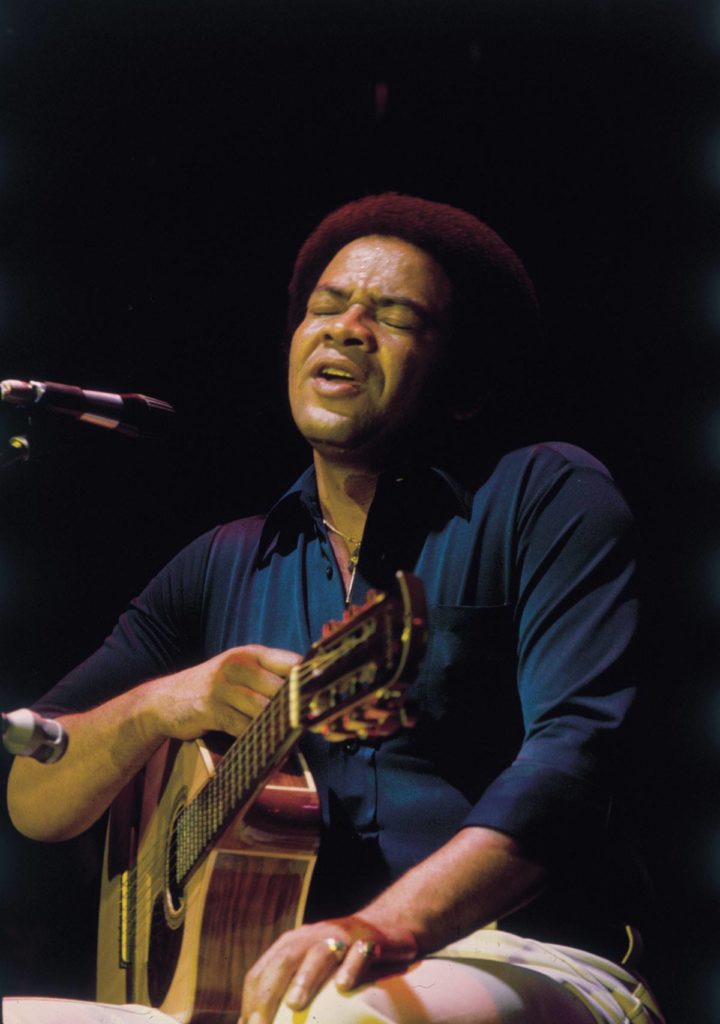 His songs speak for themselves. Mary J. Blige‘s version of “Lean on Me” echoed in Washington D.C.’s Lincoln Memorial at the “We Are One” pre-inaugural festivities for president Barack Obama, just as Withers’ words had similarly honored president Bill Clinton. “Ain’t No Sunshine” set the scene for a much talked about episode in the hit series Scandal in 2013. Commercial uses, including the Amazon Prime’s campaign featuring “Lovely Day,” match the music to new markets. Alternative Rock group Alt-J brings a new interpretation to “Lovely Day” while Justin Timberlake performs a mash-up of the song at the Oscars in 2018; Willie Nelson and Mavis Staples’ duet of “Grandma’s Hands” is a striking rendition on his latest release To All The Girls; and at the unveiling of the Bill Russell Legacy Project in Boston, a newly-penned song “I Am My Father’s Son” is performed by Johnny MathisLegacy Recordings’ box set of all nine of Withers albums, The Complete Sussex and Columbia Albums, released in late 2012, won a Grammy for Best Historical Recording in 2014. Withers’ riveting 1974 concert performance in Zaire preceding the fabled Muhammad Ali/George Foreman “Rumble in the Jungle” face-off is in the feature film, Soul Power and Withers himself is the subject of the documentary, Still Bill, that debuted at the SXSW Film Festival, is available on DVD.

“When you have a talent you know it when you’re five years old– it’s just getting around to it.” ~B.W.

Slab Fork, West Virginia, a town of about 200 residents, was Bill’s place of birth. He was born there on July 4, 1938. The youngest of six children, he was raised in nearby Beckley, in coal mining country. Withers’ father, a miner, died when Withers was 13. At 17, enlistment in the Navy was Bill’s ticket out.

Withers arrived in Los Angeles in 1967. His self-financed demos on which Watts 103rd Street Band member Ray Jackson served as arranger and keyboardist, led Jackson to introduce him to Forrest Hamilton. Hamilton then introduced Withers to Clarence Avant of Sussex Records who tapped Booker T. Jones to produce Bill’s debut album. This resulted in the album Just As I Am with the Grammy-winning “Ain’t No Sunshine” and the much-loved “Grandma’s Hands.” The pragmatic Withers — who was now able to leave his straight gig at an aircraft company — subsequently assembled the remaining members of the Watts 103rd Street Band for U.S. and international tours.

The second album, Still Bill, lauded as “a stone-soul masterpiece” by Rolling Stone magazine, delivered soon-to-be standards “Lean on Me” and “Use Me.” Bill Withers Live at Carnegie Hall followed. After the release of +’Justments in 1974, Withers severed ties with Sussex to sign with Columbia (who subsequently re-released his back catalog.) 1975’s Making Music, Making Friends showcased more classics, “Hello Like Before” and “Make Love to Your Mind”; 1976’s Naked & Warm, with the idyllic love song to his adopted home, “City of the Angels”; 1977’s Menagerie, with the much-covered “Lovely Day” and 1979’s ‘Bout Love, and the single “Don’t It Make It Better,” a top 30 R&B single, continued the run of top-charting releases.

“Just the Two of Us” with Grover Washington, Jr. was a career pinnacle, garnering four Grammy nominations with Withers accepting the award for Best R&B Song.

“Soul Shadows” with The Crusaders marked an additional collaborative project of the period and “In The Name Of Love” with Ralph MacDonald received a 1984 Grammy nomination for vocal performance. 1985 marked Withers’ final project for Columbia with Watching You, Watching Me and the R&B chart single, “Oh Yeah.”

“I can’t go back to my past; I need somewhere to grow”
– “City of the Angels”

Bill’s liberation from Columbia marked a new cycle: a 1988 remix of “Lovely Day (Sunshine Mix)” hit #4 on the British charts and Bill performed on the premier British chart show, Top of the Pops. Also that year, Bill was presented with his third Grammy (and ninth nomination) for Club Nouveau’s interpretation of “Lean on Me.”

Feature films like Looking for Mr. Goodbar (with Bill’s recording of “She’s Lonely”), Jerry Maguire, Jackie Brown, Notting Hill, The Bodyguard, American Beauty, Austin Powers 2: The Spy Who Shagged Me, The Heat, Girls Trip and The Secret Life of Pets have utilized Withers’ songs to dramatic effect. On network and cable television, the songs have graced shows like Ellen Degeneres, Scandal, Dancing With The Stars, American Idol, CSI, BULL, Snowfall,The Simpsons and The Prodigal Son.

Inducted into the Songwriters Hall of Fame in 2005, Bill Withers was honored by the American Society of Composers, Authors and Publishers in 2006 with the Society’s Rhythm and Soul Heritage Award, presented to ASCAP members who have had a major impact on the legacy of Rhythm and Soul music. Additional honors include multiple Million-aires citations from Broadcast Music Incorporated (BMI); a Soul Train Hall of Fame award; two NAACP Image awards, induction into the West Virginia Music Hall of Fame, and a Clio award. In 2007, “Lean On Me” was enshrined in the Grammy Hall of Fame. Withers was inducted into the 2015 Class of the Rock & Roll Hall of Fame by Stevie Wonder, John Legend performing his songs, and in 2017 received the prestigious International award of the Ivor Novello Awards in England.

As resounding as these honors might be, they are eclipsed by the eloquence of spirit that defines the songs. While he prefers a life far removed from the hype and the hoopla, in the collective consciousness of popular music, the sound and the songs of Bill Withers are ever present. 49 years since his debut, Bill Withers’ songs echo as vibrant touchstones in the American musical experience.

“I write and sing about whatever I am able to understand and feel. I feel that it is healthier to look out at the world through a window than through a mirror. Otherwise, all you see is yourself and whatever is behind you.”
— B.W.