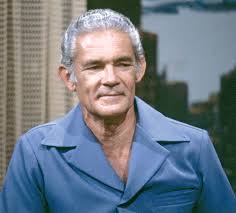 Norman Washington Manley was born at Roxborough, Manchester, on July 4, 1893. He was a brilliant scholar and athlete, soldier (First World War) and lawyer. He identified himself with the cause of the workers at the time of the labour troubles of 1938 and donated time and advocacy to the cause.

In September 1938, Manley founded the People’s National Party (PNP) and was elected its President annually until his retirement in 1969, 31 years later.

Manley and the PNP supported the trade union movement, then led by Alexander Bustamante, while leading the demand for Universal Adult Suffrage. When Suffrage came, Manley had to wait ten years and two terms before his party was elected to office.

He was a strong advocate of the Federation of the West Indies, established in 1958, but when Sir Alexander Bustamante declared that the opposition Jamaica Labour Party (JLP), would take Jamaica out of the Federation, Norman Manley, already renowned for his integrity and commitment to democracy, called a Referendum, unprecedented in Jamaica, to let the people decide.

The vote was decisively against Jamaica’s continued membership of the Federation. Norman Washington Manley, after arranging Jamaica’s orderly withdrawal from the union, set up a joint committee to decide on a constitution for separate Independence for Jamaica.

He himself chaired the committee with great distinction and then led the team that negotiated the island’s Independence from Britain. The issue settled, Manley again went to the people. He lost the ensuing election to the JLP and gave his last years of service as Leader of the Opposition, establishing definitively the role of the Parliamentary Opposition in a developing nation.

In his last public address to an annual conference of the PNP, he said: “I say that the mission of my generation was to win self-government for Jamaica, to win political power which is the final power for the black masses of my country from which I spring. I am proud to stand here today and say to you who fought that fight with me, say it with gladness and pride, mission accomplished for my generation.

“And what is the mission of this generation? … It is… reconstructing the social and economic society and life of Jamaica”. Norman Manley died on September 2. 1969.

On October 18, 1969 as per Government Notice 706 Jamaica Gazette, Manley was conferred with the Order of National Hero along with his cousin Alexander Bustamante.