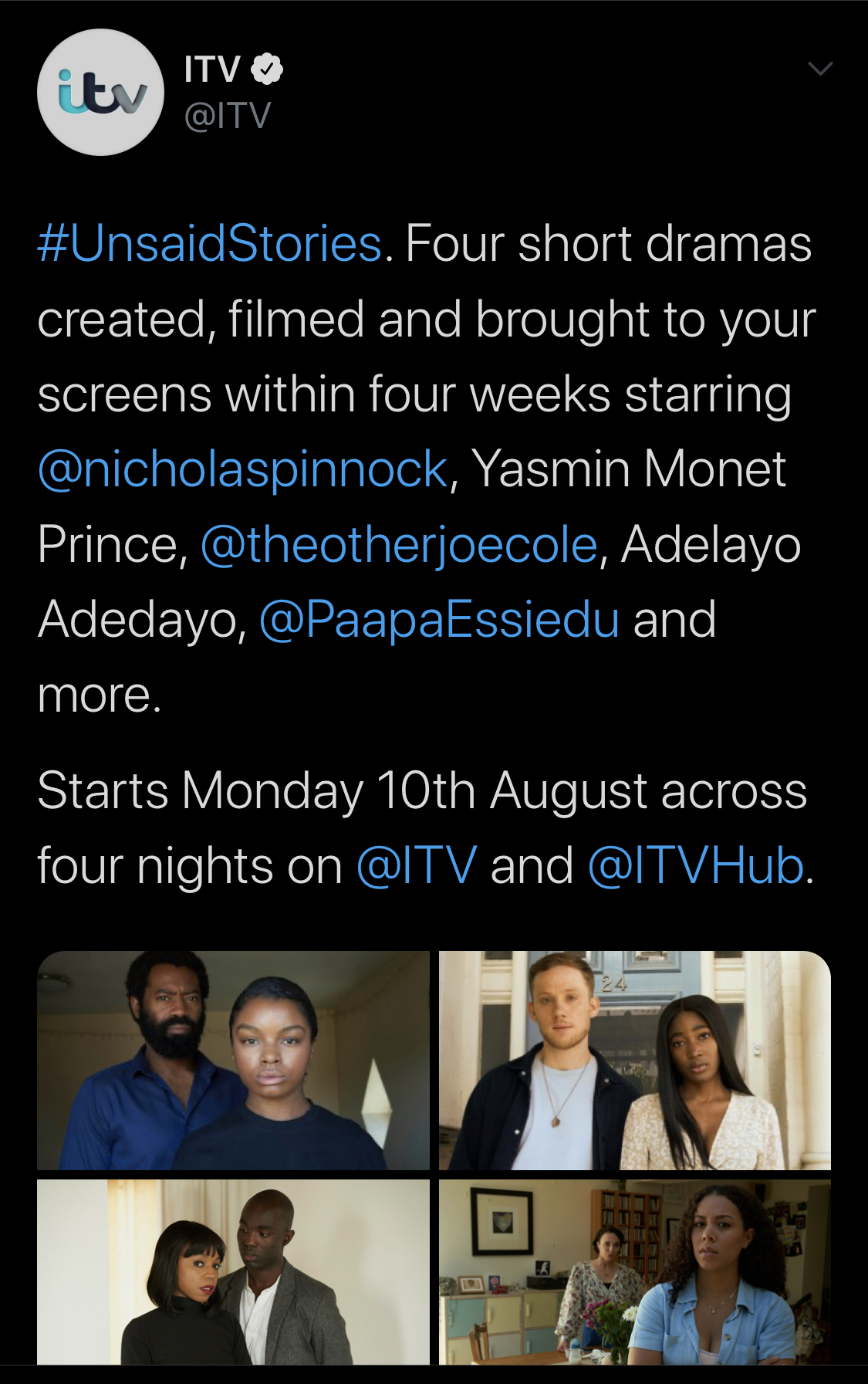 The four short films (15 minutes in length each) address issues surrounding racism in all forms, from racial profiling by police to the lesser-discussed issue of unconscious bias.

ITV’s Head of Drama Polly Hill said of the commission,“I’m proud to commission four new drama shorts from Greenacre Films which reflect what’s happening in Britain today. The scripts are unique, fresh and engaging, about real people in completely real situations, confronting and exploring racism and prejudice. I hope in some small way each of these films will bring about change.”

I Don’t Want to Talk About This stars The Capture’s Adelayo Adedayo alongside Gangs of London star Joe Cole, playing a middle-class black woman and her ex-boyfriend, a working class white man. The first episode in the series was written by Anna Ssemuyaba, produced by Madonna Baptiste and directed by Koby Adom.

Generational stars Nicholas Pinnock, of Top Boy fame, as Oliver, a father who discovers his 16-year-old daughter Justina, played by Yasmin Monet Prince (from Hanna) is sneaking out of the house. He then discovers that she’s going to a Black Lives Matter protest. Generational is produced by Barbara Emile and directed by Alrick Riley.

Lavender, the third film in the series, is written by and stars Nicôle Lecky of Death in Paradise and author of Superhoe. It focuses on a light-skinned, mixed race woman who gives birth to a baby with dark skin, leading to a conversation about colourism with her white mother, played by Amanda Abbington (Sherlock). The film is produced by Jo Johnson and directed by Ethosheia Hylton.

The final episode, Look At Me, sees Paapa Essiedu (I May Destroy You) and Pippa Bennett-Warner (Gangs of London) play Nicola and Michael, a successful couple who are stopped by police when they drive out to a date. The season finale is written by Lynette Linton, produced by Carol Harding and directed by Francis Annan.

The dramas will be executive produced by the founders of Greenacre Films, Nadine Marsh-Edwards and Amanda Jenks.