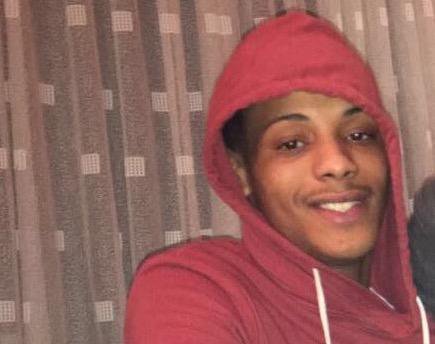 In the early hours of the 22nd of July, the young father-of-one was followed into a convenience store in east London by an officer who suspected him of drug possession.

Once inside the shop, Rashan put a package in his mouth, which would later be found to contain a mix of caffeine and paracetamol.

The officer following Rashan body-slammed him and searched his mouth while on top of him. The shop’s CCTV footage shows Rashan thrashing his limbs around. Interpreting his reaction as resisting arrest, the officer asked a member of the public to help him handcuff Rashan, who already appears to be unresponsive by that point. After he realised Rashan was unconscious, the officer didn’t bother to call an ambulance for the young man, instead choosing to call for back-up instead.

Commenting on the CCTV and the official Metropolitan Police statement on events concerning the force’s fatale engagement with his great nephew, Rod Charles said,

“They fail to mention that a police officer at the scene heavily restrained Rashan, with help from a second man. Instead they direct attention towards Rashan’s own actions.

He was “trying to swallow an object”. This implies a deliberate and reckless act. Without explicitly saying so, it suggests Rashan is a drug dealer. According to this framing, the police officer is the rescuer who “intervenes” to prevent Rashan harming himself, but sadly fails.

We see on the CCTV footage that Rashan was upright, standing unaided, showed no signs of being unwell or physically distressed until after he was thrown to the ground and held down by police officer BX47. (We must refer to the police officer as BX47 because the police applied for an anonymity order and the coroner granted that request.)

After throwing Rashan to the ground, BX47 attempted a mouth search.

Far from helping, the officer’s attempts to forcibly search Rashan’s mouth were dangerous and unapproved and put him at risk of choking.

Searching a suspect’s mouth requires more than one police officer. Where someone is thought to have swallowed an object, the guidance for officers is clear: consider the subject vulnerable and obtain medical treatment without delay.

BX47 did not treat Rashan as a vulnerable person. Instead the officer persisted in neck and throat holds, moves likely to restrict air and blood flow. And he allowed a man described by police as just a bystander, a member of the public, to assist. He allowed this man to get astride Rashan and pin him down.

Rashan’s signs of distress go unseen or ignored, the restraint is intensified. When police officer BX47 and the “bystander” handcuff Rashan, he is limp, perhaps unconscious.

While unresponsive, he is subjected to further prolonged restraint, ceasing only after a police medic arrives on the scene.”

We cannot imagine how painful it must have been for Rashan’s uncle to have to watch the CCTV repeatedly in order to analyse and comment on it so impartially.

In 2018, a jury returned the verdict that Rashan’s death was accidental and that the officer’s restraint technique was appropriate.

Further, the jury found that although the officer failed to follow protocol and call an ambulance first, his actions did not amount to misconduct.

Rashan’s great uncle Rod disputed the verdict, claiming the jury was heavily influenced by the coroner called to testify in the case, who had deep ties with the London police. The Independent Office for Police Conduct (IOPC) also conducted a separate investigation, which Rashan’s family described as “flawed” from the outset. The IOPC concluded that the officer’s restraining technique was uncommon but did not contribute to Rashan’s death. In a further blow to the family and to justice, the Crown Prosecution Service decided to take no further action.

“The absence of admission of any responsibility does not stall community relations by weeks or years, but sets it back generations,” the family commented in a statement. “Our work to receive answers continues.”

Jamaica Past (images)
Selected images from 1800 - 1923
Previous post Court Releases Written Judgment In Case Of Dreadlocked Girl Barred From School
Next post Black British history: the row over the school curriculum in England