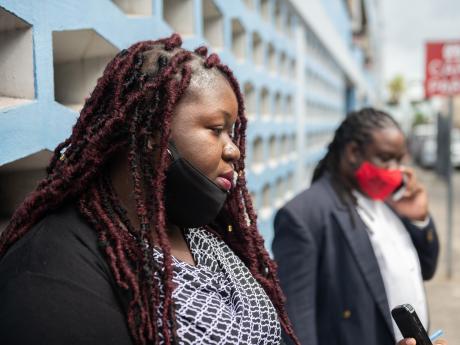 Photo: Sherine and Dale Virgo, the parents of the seven-year-old Kensington Primary School student outside the Supreme Court on Friday – Gladstone Taylor

The Supreme Court has now published its written judgment in the case of the Kensington Primary School student who was denied access because of her dreadlocked hair.

According to the court, the girl’s constitutional rights, as pleaded, were not breached.

The three-member panel held that the policy of the school did not breach the child’s right to education.

The judges also found that the child does not have a right to attend a particular institution and as such Kensington Primary School can reject her as a student.

The panel further said this does not affect the child’s right to education as she could always attend another school that supports her form of expression.

Since the judgment was handed down on Friday, there has been intense debate and criticism about the ruling.

CHERRY NATURAL (JAMAICA) SPOKEN WORD
Cherry Natural considers herself as a feminist dub poet or activist, and her sources of inspiration include the late Jamaican poet Louise Bennett. Louise Bennett is well-known as the first Caribbean poet who used Creole or patois consistently and to great effect in her ballads, and who relentlessly stood up for the people's language as opposed to standard English which was then considered as the only passport to social elevation.
Previous post Sideman quits Radio 1Xtra over BBC’s use of racial slur
Next post RASHAN CHARLES