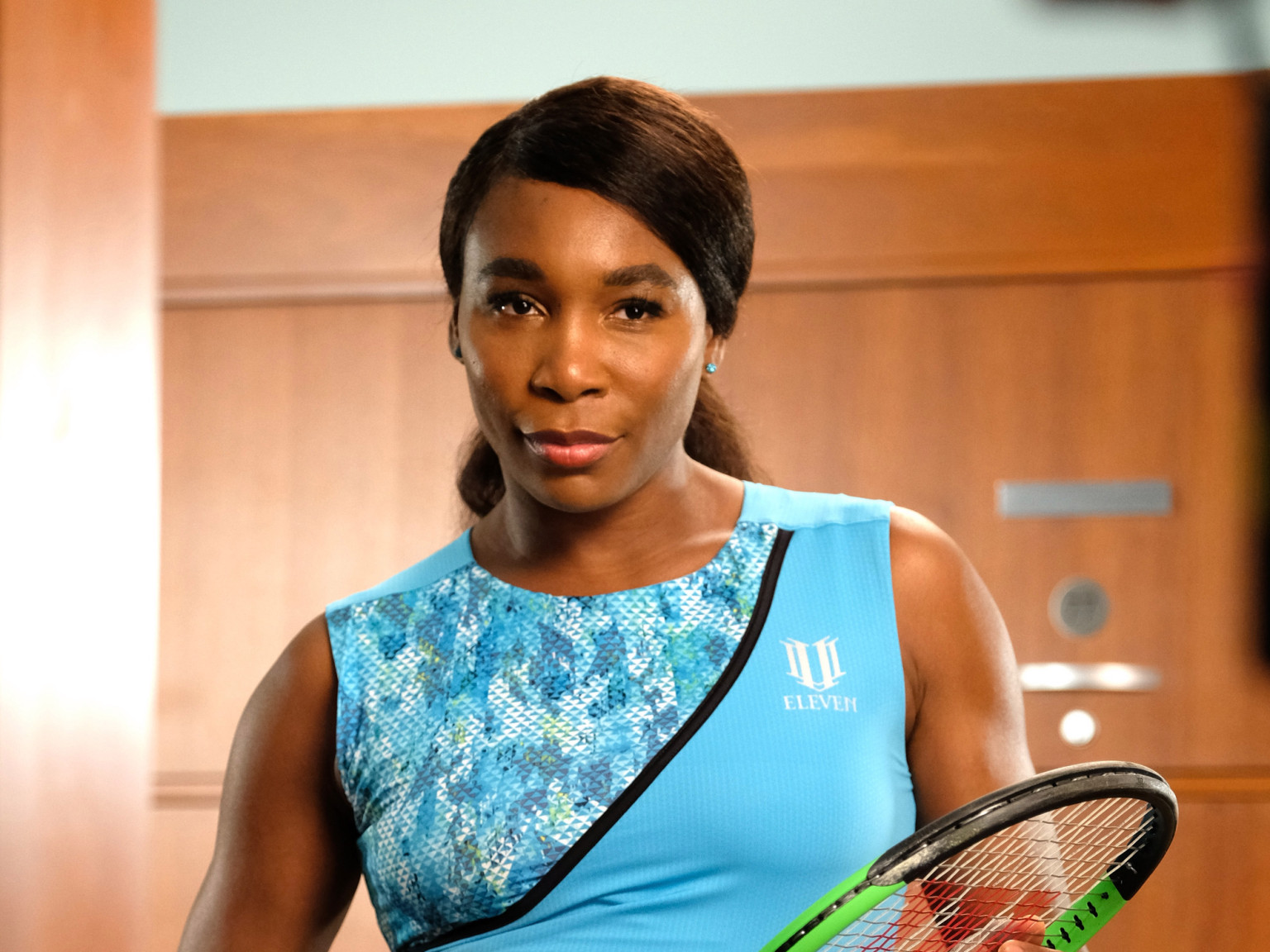 Venus Ebony Starr Williams was born on June 17, 1980, in Lynwood, California, USA to Richard and Oracene Williams. One of Richard’s five daughters, Venus, along with her younger sister, Serena, has redefined women’s tennis with her strength and athleticism. Since turning pro in 1994, Venus has garnered seven Grand Slam titles, including five Wimbledon championships. She was introduced to tennis by her father Richard on the public courts in Los Angeles, not far from the family’s home in Compton. A former sharecropper from Louisiana, Richard used what he’d learned from books and videos to instruct his daughters on the game, without any formal instruction or training.

By the age of 10, Venus’ serve topped 100 miles per hour. On October 31, 1994, she turned pro. She proved she was more than ready for this when, in her first match, she beat No. 50-seeded Shaun Stafford at the Bank of the West Classic in California. It was a momentous occasion for the Williams family. Richard, in particular, wasn’t afraid to let the tennis world know that his girls were going to change the game. “That’s one for the ghetto!” he shouted out at the press conference following Venus’ victory.

In the year 2000, she won both Wimbledon and the U.S. Open, paving the way for her to sign a $40 million contract with Reebok. She then went out and defended her titles in 2001.

At the 2000 Olympic Games in Sydney, Australia, Venus captured the gold medal in the singles competition, and then took a second one with Serena in the doubles event. The sisters have credited the other with pushing them in tennis, both as teammates and as competitors. Between them, the pair have won 13 Grand Slam doubles titles and have faced each other more than 20 times, including the finals of eight Grand Slam tournaments.

2006 saw Venus compete in only a handful of tournaments due to a lingering wrist injury, but she returned to form in 2007, winning the singles title at Wimbledon. She repeated the victory a year later, when she defeated Serena for a fifth career Wimbledon championship. A few months later, Venus and Serena teamed up to capture the doubles title at the 2008 Beijing Olympic Games.

Sadly in 2011 Venus was diagnosed with Sjogren’s syndrome, an autoimmune disease that left her easily fatigued and sore. She switched to a vegan diet and altered her training schedule to allow for more recovery days, a method that proved successful when she and Serena claimed their 13th Grand Slam doubles title at Wimbledon in 2012.

The sisters went on to win in the doubles final at the 2012 London Olympic Games, giving them both a total of four Olympic gold medals. That fall, Venus won her first WTA singles title in more than two years.

Venus demonstrated she could still overwhelm opponents by reaching the finals of the Rogers Cup and the Coupe Banque Nationale in 2014. In early 2015, she claimed her 46th career singles title by defeating top-seeded Caroline Wozniacki at the ASB Classic. That summer, she advanced to the fourth round at Wimbledon, her strongest showing at the tournament since 2011, before losing to Serena on Centre Court. Venus then powered into the quarterfinals of the U.S. Open, but again was unable to get past her sister in a tense three-set loss.

The following year at Wimbledon, 36-year-old Venus became the oldest women’s Grand Slam semifinalist since Martina Navratilova in 1994, before suffering a loss to Angelique Kerber. She then successfully teamed up with Serena to win the doubles title, their sixth together at Wimbledon.

Venus opened 2017 with a run to the Australian Open final, her first final-round appearance since Wimbledon in 2009, before losing a hard-fought match to Serena and finished the year ranked at No. 5 in the world.

Venus was unable to carry that stellar form into 2018, however, as she was upset in the first round of both the Australian and French Opens. That summer, she lost to Serena in the third round of the U.S. Open, the earliest matchup between the sisters at a major tournament since the 1998 Australian Open.

Off the court, Williams has cultivated a varied number of interests. She’s pursued art classes, and earned a certificate in interior design. She has started a clothing line called EleVen, as well as a collection of women’s apparel for Wilson’s Leather.

In addition, she has launched her own interior design company, V*Starr Interiors, which works on residential projects throughout the country.

In 2009, Venus and Serena became the first African-American women to buy shares of an NFL team when they joined the ownership group of the Miami Dolphins. The following year, Venus co-authored the New York Times bestseller Come To Win: Business Leaders, Artists, Doctors, and Other Visionaries on How Sports Can Help You Top Your Profession, in which she interviewed such successful individuals as Richard Branson and Condoleezza Rice about their early athletic experiences.

“Until you have walked in these shoes, as an African American, it is impossible to understand the challenges you face in the country, in this world. What it is like to be unheard, thought of foolish, silly, or reckless to believe that racism still exists at every level. This is no longer falling on deaf ears.I’m amazed at the solidarity that has erupted across the USA.”

Racism has brought me to tears.

“When the majority groups stay quiet, when they sit in the chair of disbelief, they unwittingly condone the oppression of marginalized groups. Those with power and privilege actually have an easier time getting heard. They must CONTINUALLY exercise that privilege!”

“Keep speaking out. Speak out today, tomorrow, next month, next year, each and every day until all are equal for African Americans. I am so happy, so relieved, as an African American, to finally be heard. I pray for those who have lost their lives and for their families so America could finally wake up and act.”

On the police killing of George Floyd she said:

“I am deeply saddened that it has taken multiple acts of police brutality to make people painfully aware of the racism that still pervades American. It shouldn’t.”

Take a moment to imagine this:

If police brutality can exist and be tolerated so many years at this scale, imagine the other insidious acts of racism that permeate our country:

2. In the justice system.

3. In the healthcare system.

4. In the education system.