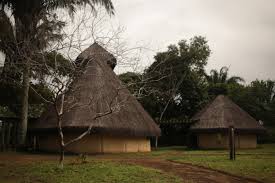 The quilombos are a byproduct of the colonial system and are characterised by free spaces occupied by Quilombolas or Maroons (descendants of escaped formerly enslaved Africans). The quilombos are distinct in character and have a history of resistance to official power.  They are pockets of lands and townships established by maroons where they could live freely, form their own societies and raise their families. The inhabitants of such areas are termed quilombo communities in Brazil.

The quilombo communities were created by the Maroons who wanted to live in their traditional ways. The official records were written in such a way as to condition the settlers to think that the Quilombos were an unorganized bunch of runaways, but in fact they were organized, well governed and solidly grounded their economies in the regions they selected as their territories. Today they are renowned for preserving policulture, using sustainable agricultural methods and maintaining the biodiversity of seeds for food and foliage: https://news.mongabay.com/2018/08/in-brazil-a-forest-community-helps-seed-new-trees-far-and-wide/. The model for their communities were the kilombos, military and mobile arrangements of Jagas, a nomadic and belligerent people that lived in Congo Empire before the arrival of the Europeans, who would later dominate the region by force and by bloodshed.

The first known quilombo in the Americas is Quilombo de Palmares in Northeastern Brazil. Palmares endured from 1597 to 1704 when after several military incursions, the Portuguese forces were finally able to destroy it. At its height, it was home to 30000 free Black people who managed a flourishing economy that both challenged rivalled the economy established by the colonisers in their own settlements.

After Quilombo de Palmares’ destruction,  the seeds of resistance and the way of life that it had offered disseminated throughout the entire Brazilian territory and others sprung up within the land. However the colonial government declared the establishment of quilombos to be against the law and their inhabitants were persecuted, dislodged and massacred. This did not prevent their rise and as one was destroyed, a new one would be established elsewhere.

Until 1888, when the enslavement of kidnapped Africans and their descendants was abolished, the escaped formerly enslaved were outlaws, estranged from society within the settlements and townships. After 1888, the quilombo residents remained secluded from the remainder of Brazil. With the advent of industrialization and Agroindustry in the 19th century, the maroons found themselves isolated with no power or stake within the wider economic system.

Despite this very real disadvantage, they fought as is their tradition and they gained more recognition, including being studied as symbols of the Brazilian Black Movement. In 1988, with a democratic new Constitution in Brazil, after a military dictatorship that lasted over two decades from 1964-1985, the quilombo communities were finally recognised as Indigenous and Tribal Peoples by the United Nations, in accordance with ILO Convention 169 (https://www.ilo.org/dyn/normlex/en/fp=NORMLEXPUB:12100:0::NO::P12100_ILO_CODE:C169).

(Look under the entry: Quilombo dos Palmares in this encyclopaedia for a translation).

According to Decree nº 4.887, 20/11/2003 Quilombo communities remanescents are ethnic-racial groups by self declaration, with their  own historical trajectory, imbued with specific territorial relations, with black ancestry presumed and related to the resistance to the historical oppression they endured: Fundação Palmares.

The Official Government agency for the Quilombos can be found here: http://www.palmares.gov.br/. The history of the Quilombos, their way of life, farming and agricultural methods, techniques and resources have been preserved and catalogued by the Agency.