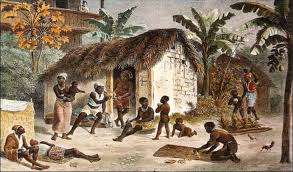 Serra da Barriga – Brazilian Cultural Heritage inscribed in the Book of Tombo Histórico and in the Book of Archaeological, Ethnographic and Landscape Tombo, since 1986 – received the title of Cultural Heritage of Mercosul in May 2017. Located in the municipality of União dos Palmares, Zona of the Forest of the State of Alagoas, the Serra covers an area of ​​approximately 27.92km².

In the 18th century , the headquarters of Quilombo dos Palmares was established in Serra da Barriga , in Quilombo dos Macacos. In the natural and built landscape, there are also a large number of palm trees that, according to historians, gave rise to the name Palmares. Among the characteristics of Serra da Barriga are the springs that feed a weir and a lagoon. The latter, called Lagoa dos Negros, is one of the sacred places in the Serra, where religious of African origin perform rituals.

Quilombo dos Palmares represents a milestone in the struggle of slaves in Brazil. Such process concerns the African ancestors who manifest themselves in the immaterial forms of their religions, their gods, myths, sacred objects of cults, artifacts of daily use, food, cultural expressions and some geographical spaces maintained by their descendants as sacred or preservation sites. of the history of black people brought from Africa.