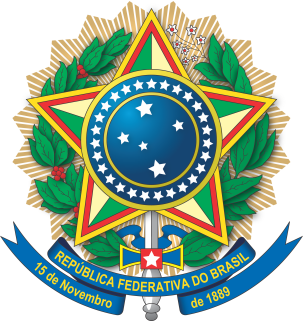 Federal Senate recognising the rights of the quilombo communities in Brazil

General Secretariat of the Bureau

This text does not replace the original published in the Official Gazette.

Regulates the procedure for identification, recognition, delimitation, demarcation and titling of lands occupied by remnants of quilombo communities referred to in art. 68 of the Transitional Constitutional Provisions Act.

THE PRESIDENT OF THE REPUBLIC, using the powers conferred on him by art. 84, items IV and VI, item “a”, of the Constitution and in accordance with the provisions of art. 68 of the Transitional Constitutional Provisions Act,

Art . 1st Administrative procedures for the identification, recognition, delimitation, demarcation and titling of the definitive property of the lands occupied by remnants of the quilombo communities, referred to in art. 68 of the Transitional Constitutional Provisions Act, will be proceeded in accordance with the provisions of this Decree.

Art . 2º For the purposes of this Decree, ethnic-racial groups are considered remnants of quilombo communities, according to self-attribution criteria, with their own historical trajectory, endowed with specific territorial relations, with presumption of black ancestry related to resistance to suffered historical oppression.

§ 1 For the purposes of this Decree, the characterization of the remaining quilombo communities will be attested by self-definition of the community itself.

§ 2 The lands occupied by remnants of quilombo communities are those used to guarantee their physical, social, economic and cultural reproduction.

§ 3 For the measurement and demarcation of lands, territoriality criteria indicated by the remaining quilombo communities will be taken into account, and the interested community may submit the technical parts for procedural instruction.

Art . 3rd The Ministry of Agrarian Development, through the National Institute of Colonization and Agrarian Reform – INCRA, is responsible for the identification, recognition, delimitation, demarcation and title of the lands occupied by the remaining quilombo communities, without prejudice to the competing competence of the States, the Federal District and Municipalities.

§ 1 INCRA shall regulate administrative procedures for the identification, recognition, delimitation, demarcation and titling of the lands occupied by the remnants of quilombo communities, within sixty days of the publication of this Decree.

§ 2 For the purposes of this Decree, INCRA may establish covenants, contracts, agreements and similar instruments with agencies of the federal, state, municipal, Federal District, non-governmental organizations and private entities, subject to the relevant legislation.

§ 3 The administrative procedure will be initiated by CIO by INCRA or at the request of any interested party.

§ 4 The self-definition referred to in § 1 of art. 2 of this Decree will be registered in the General Register with the Fundação Cultural Palmares, which will issue a respective certificate in the form of the regulation.

Art . 4th The Presidency of the Republic’s Special Secretariat for Policies for the Promotion of Racial Equality is responsible for assisting and accompanying the Ministry of Agrarian Development and INCRA in land regularization actions, to guarantee the ethnic and territorial rights of the remaining quilombo communities, in the terms of its legally established competence.

Art . 5th It is incumbent upon the Ministry of Culture, through the Fundação Cultural Palmares, to assist and accompany the Ministry of Agrarian Development and INCRA in land regularization actions, to ensure the preservation of the cultural identity of the remaining quilombo communities, as well as to subsidize the technical works when there is a challenge to the identification and recognition procedure provided for in this Decree.

Art . 6th The remaining quilombo communities are guaranteed participation in all phases of the administrative procedure, directly or through representatives appointed by them.

I name of the property occupied by the remnants of quilombo communities;

II judicial or administrative district in which the property is located;

III limits, confrontations and dimension contained in the descriptive memorial of the lands to be titled; and

IV titles, records and registrations that may be levied on lands considered susceptible of recognition and demarcation.

§ 1 The publication of the notice will be posted at the headquarters of the municipal government where the property is located.

§ 2 INCRA will notify the occupants and the boundaries of the defined area.

Art . 8 After the identification and delineation of work, INCRA refer the technical report to the organs and entities below related to, the common period of thirty days, give an opinion on matters of their competence:

Single paragraph. Once the deadline has expired and there is no manifestation from the bodies and entities, agreement with the content of the technical report will be considered tacit.

Art . 9º All interested parties will have a period of ninety days, after the publication and notifications referred to in art. 7, to offer challenges to the report, adding the relevant evidence.

Single paragraph. If there are no objections or if they are rejected, INCRA will complete the work of titling the land occupied by the remnants of quilombo communities.

Art . 10. When the lands occupied by remnants of the quilombos’ communities are located on navy land, on the margins of rivers, islands and lakes, INCRA and the Secretariat of Patrimony of the Union will take the appropriate measures to issue the title.

Art . 11. When lands occupied by remnants of quilombo communities are superimposed on constituted conservation units, national security areas, the border strip and indigenous lands, INCRA, IBAMA, the Executive Secretariat of the National Defense Council, FUNAI and Fundação Cultural Palmares will take appropriate measures to ensure the sustainability of these communities, reconciling the interests of the State.

Art . 12. In the event that the lands occupied by remnants of the quilombos’ communities fall on lands owned by the States, the Federal District or the Municipalities, INCRA will forward the records to the entities responsible for the title.

Art . 13. In the territories occupied by remnants of quilombo communities, title to a private domain not invalidated by nullity, prescription or commission, nor rendered ineffective by other grounds, the inspection and evaluation of the property will be carried out , aiming at the adoption of the acts necessary for its expropriation. , when it fits.

§ 1 For the purposes of this Decree, INCRA will be authorized to enter the property of private ownership, operating the publicity publications of art. 7th effects of prior communication.

§ 2 – INCRA will regulate the hypotheses susceptible to expropriation, with mandatory provision of a previous study on the authenticity and legitimacy of the title deed, through a survey of the ownership chain of the property until its origin.

Art . 14. Having verified the presence of occupants in the lands of the remaining quilombo communities, INCRA will activate the administrative and legal provisions for the resettlement of the families of farmers belonging to the agrarian reform clientele or the indemnification of the good faith improvements, when applicable.

Art . 15. During the titling process, INCRA will guarantee the defense of the interests of the remaining quilombo communities in issues arising from the titling of their lands.

Art . 16. After the issuance of the title of domain recognition, Fundação Cultural Palmares will guarantee legal assistance, in all degrees, to the remnants of quilombo communities for the defense of possession against droughts and turbocharges, for the protection of the territorial integrity of the defined area and its use by third parties, and may sign agreements with other entities or bodies that provide this assistance.

Single paragraph. Fundação Cultural Palmares will provide advice to the Public Defender’s bodies when these bodies represent in court the interests of the remaining quilombo communities, under the terms of art. 134 of the Constitution.

Art . 17. The title provided for in this Decree will be recognized and registered by granting a collective and pro-individual title to the communities referred to in art. 2nd , caput, with mandatory insertion of an inalienability, imprescriptibility and non-enforceability clause.

Single paragraph. Communities will be represented by their legally constituted associations.

Art . 18. Documents and sites with historical reminiscences of the old quilombos, found during the identification procedure, must be communicated to IPHAN.

Single paragraph. The Palmares Cultural Foundation must instruct the process for the purposes of registration or registration and ensure the safeguarding and preservation of the Brazilian cultural heritage.

Art . 19. The Steering Committee is hereby established to prepare, within a period of ninety days, an ethnodevelopment plan for the remainder of the quilombo communities, made up of a representative from each body indicated below:

I Civil House of the Presidency of the Republic;

III of the Office of the Minister of Extraordinary State for Food Security and Fight against Hunger;

IV Special Secretariats of the Presidency of the Republic:

a) Policies to Promote Racial Equality;

b) Aquaculture and Fisheries; and

§ 1 The Steering Committee will be coordinated by the representative of the Special Secretariat for Policies to Promote Racial Equality.

Paragraph 2. The representatives of the Management Committee will be appointed by the members of the bodies referred to in items I to IV and designated by the Special Secretary for Policies to Promote Racial Equality.

§ 3 The participation in the Steering Committee will be considered relevant public service provision, unpaid.

Art . 20. For the purposes of agricultural and agrarian policy, the remnants of quilombo communities will receive preferential treatment, technical assistance and special lines of financing from the competent bodies, aimed at carrying out their productive and infrastructure activities.

Art . 21. The provisions contained in this Decree concern administrative recognition procedures in progress, at any stage they are in.

Single paragraph. Fundação Cultural Palmares and IN CRA will establish transition rules for the transfer of administrative and judicial proceedings prior to the publication of this Decree.

Art . 22. The issuance of the title and the cadastral registration to be carried out by INCRA will be done without charge of any kind, regardless of the size of the area.

Single paragraph. INCRA will carry out the cadastral registration of titled properties in favor of the remnants of quilombo communities in specific forms that respect their economic and cultural characteristics.

Art . 23. Expenses resulting from the application of the provisions contained in this Decree will be charged to the budget appropriations set forth in the annual budget law for this purpose, subject to the limits of movement and commitment and payment.

Art . 24. This Decree takes effect on the date of its publication.

Reproduced from https://legis.senado.leg and translated from Portuguese to English