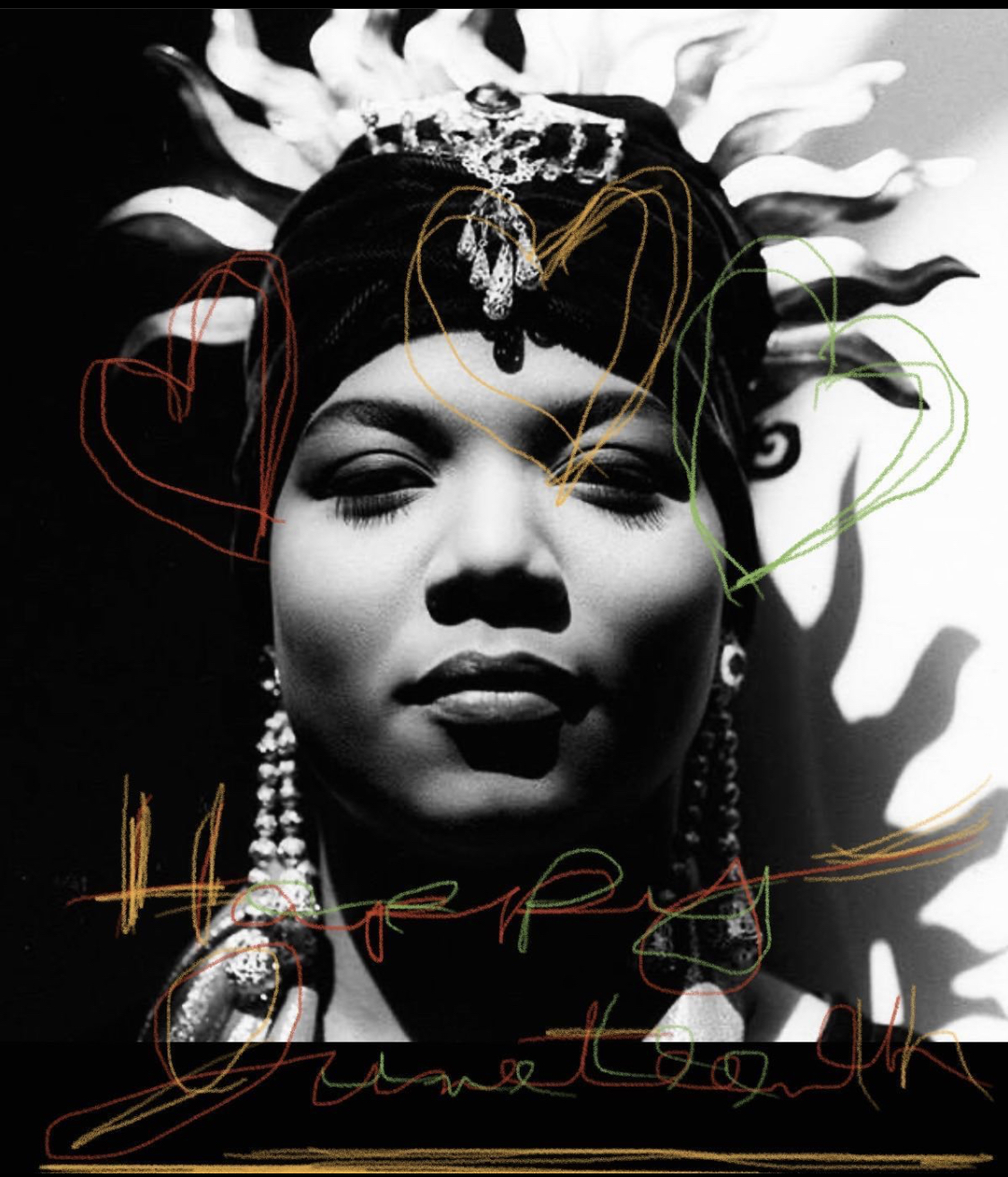 Queen Latifah, was born Dana Elaine Owens on March 18, 1970, Newark, New Jersey, U.S.A, is a musician and actress whose success in the late 1980s launched a wave of female rappers and helped redefine the traditionally male genre.

Dana was given the nickname Latifah ( which means Arabic for “delicate” or “sensitive”) as a child and later adopted the name Queen Latifah for her performances. In high school she was a member of the all-female rap group Ladies Fresh, and, while studying communications at the Borough of Manhattan Community College, she recorded a demo tape that caught the attention of Tommy Boy Records, which signed the 18-year-old.

In 1988 she released her first single, “Wrath of My Madness,” and the following year her debut album, All Hail the Queen, appeared. Soon after, Queen Latifah founded her own management company. Her second album, Nature of a Sista (1991), however, failed to match the sales of her previous effort, and Tommy Boy did not re-sign her. After signing with Motown Records, she released Black Reign in 1993. The album was a critical and commercial success, and the single “U.N.I.T.Y.,” which decried sexism and violence against women, earned her a Grammy Award.

In 1991 Queen Latifah made her big-screen debut in Jungle Fever, and after several television appearances she was signed in 1993 to costar in the series Living Single. The show ended in 1998, and later that year Queen Latifah played a jazz singer in the film Living Out Loud. Her commanding screen presence brought roles in more movies, including The Bone Collector (1999) and Brown Sugar (2002). In 1999 she began a two-year stint of hosting her own daytime talk show, and that year she published Ladies First: Revelations of a Strong Woman (written with Karen Hunter).

Queen Latifah’s prominence in Hollywood was cemented in 2003, when she received an Academy Award nomination (best supporting actress) for her portrayal of Matron Mama Morton in the big-screen adaptation (2002) of the stage musical Chicago. The film was followed by the comedies Bringing Down the House (2003), which Queen Latifah both starred in and produced, Barbershop 2: Back in Business (2004), Beauty Shop (2005), and Last Holiday(2006). She again brought her musical background to the screen for her role as Motormouth Maybelle in the film Hairspray (2007), a remake of the stage musical.

In 2008 Queen Latifah starred in The Secret Life of Bees, a drama about a white girl taken in by a family of beekeeping African American women in 1960s-era South Carolina. She later appeared in the romantic comedies Valentine’s Day(2010), Just Wright (2010), and The Dilemma (2011). In Joyful Noise (2012) Queen Latifah starred opposite Dolly Parton as the director of a competitive church gospel choir. She followed that performance with a role as a Southern matriarch in the TV movie Steel Magnolias (2012), which, in contrast to the 1980s stage and film productions on which it was based, featured a predominantly African American cast. Her other notable television movies included Life Support (2007), about a former addict turned AIDS activist; Bessie (2015), in which she starred as the blues singer Bessie Smith; and The Wiz Live! (2015), based on the Broadway musical. Her later TV work included the series Star (2016– ), about three female singers hoping to become superstars, and the special The Little Mermaid Live! (2019). During this time Queen Latifah continued to appear on the big screen. In 2017 she starred in the comedy Girls Trip. In addition, her voice was featured in several movies, including four installments (2006, 2009, 2012, 2016) of the animated Ice Age series.

Throughout her acting career, Queen Latifah continued to record. Her other albums included The Dana Owens Album (2004) and Trav’lin’ Light (2007), collections of jazz and pop standards that showcased her strong singing voice, and Persona (2009), an eclectic return to hip-hop. In 2013–15 she hosted another daytime talk show, The Queen Latifah Show.