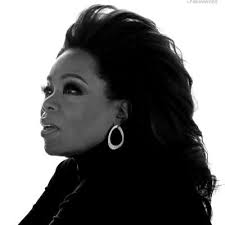 Oprah was born in the rural town of Kosciusko, Mississippi, on January 29, 1954. After a troubled adolescence in a small farming community, where she was sexually abused by a number of male relatives and friends of her mother, Vernita, Winfrey moved to Nashville to live with her father, Vernon, a barber and businessman.

In 1971, Winfrey entered Tennessee State University. She began working in radio and television broadcasting in Nashville.

After working on a number of programmes, she launched The Oprah Winfrey Show in 1986 as a nationally syndicated program that ran for 25 years, until 2011. With its placement on 120 channels and an audience of 10 million people, the show grossed $125 million by the end of its first year.

She soon gained ownership of the program from ABC, drawing it under the control of her new production company, Harpo Productions (‘Oprah’ spelled backwards) and making more money from syndication.

In 1994, with talk shows becoming increasingly trashy and exploitative, Winfrey pledged to keep her show free of tabloid topics. Although ratings initially fell, she earned the respect of her viewers and was soon rewarded with an upsurge in popularity. In 2004, Winfrey signed a new contract to continue The Oprah Winfrey Show through the 2010-11 season. At the time, the syndicated show was seen on nearly 212 U.S. stations and in more than 100 countries worldwide.

In 2009, Winfrey announced that she would be ending her program when her contract with ABC ended, in 2011.

Oprah launched her influential “Oprah’s Book Club,” as part of her talk show. The program propelled many unknown authors to the top of the bestseller lists. In 2018, she famously interviewed former First Lady Michelle Obama for the release of her memoir, Becoming.

She has publicly struggled with her weight, and her weight loss efforts have been well-documented.

She returned to acting in Greenleaf, which marked her first recurring scripted television role. The original family drama, which revolves around a Memphis megachurch, premiered on OWN in June 2016.

In December 2017, it was announced that Discovery had become the majority owner of OWN, with the purchase of 24.5 percent of the company from its founder for $70 million. Winfrey retained 25.5 percent of OWN and remained its chief executive under the terms of the agreement.

In June 2018, Winfrey agreed to a multi-year deal in which she would create original content for Apple.

Winfrey is a dedicated activist for children’s rights; in 1994, President Bill Clinton signed a bill into law that Winfrey had proposed to Congress, creating a nationwide database of convicted child abusers.

She also founded the Family for Better Lives foundation and also contributes to her alma mater, Tennessee State University.

In November 2013, Winfrey received the nation’s highest civilian honor, the Presidential Medal of Freedom. President Barack Obama gave her this award for her contributions to the USA.

In January 2018, she was honored with the Golden Globes’ Cecil B. DeMille Award, for lifetime achievement. In a powerful speech, she recalled being inspired by seeing Sidney Poitier honored at the Globes decades earlier, before emphasizing the importance of a free press and the power of speaking the truth in a “culture broken by brutally powerful men.”

“So I want all the girls watching here and now to know that a new day is on the horizon,” she said, in closing. “And when that new day finally dawns, it will be because of a lot of magnificent women, many of whom are right here in this room tonight, and some pretty phenomenal men, fighting hard to make sure that they become the leaders who take us to the time when nobody ever has to say, ‘Me too’ again.”

In August 2020, Oprah Winfrey gave up her usual place on the cover of O magazine to replace herself with an image of Breonna Taylor. Adding her support to the campaign seeking criminal charges for the police officers who killed the Breonna in her own apartment. It is the first time in the 20 years that the magazine has been in publication, that Oprah has not graced the cover.

Oprah is posting 26 billboards with Breonna’s image around Louisville, the Kentucky city where Ms.Taylor was killed in her own home on March 13, based on the cover of the September 2020 issue of O Magazine.

“Demand that the police involved in the killing of Breonna Taylor be arrested and charged,” is inscribed on the image on the billboard, along with a quote from Oprah:

“If you turn a blind eye to racism, you become an accomplice to it.”

Ms. Taylor was killed by Louisville police executing a no-knock search warranting the middle of the night, who burst into her home with a battering ram. Taylor’s boyfriend fired his gun at the intruders, who returned fire, killing Breonna.