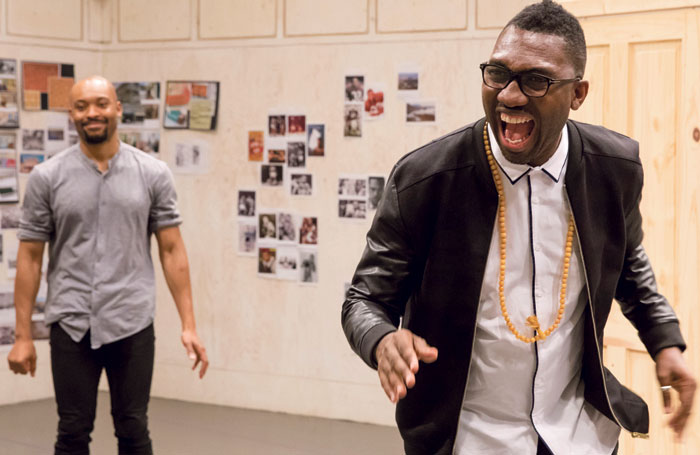 Kwame Kwei-Armah is an actor, playwright, director and broadcaster. He was born Ian Roberts on 24 March 1967, in Hillingdon, London of Grenadian parents. Kwame changed his name in recognition of the fact that every person of African heritage whose parents hail from the Caribbean, bears the surname of the coloniser who once enslaved and held their ancestors as mere possessions.

Kwame was Artistic Director for the Festival of Black arts and Culture, Senegal, in 2010. He conceived and directed the opening ceremony at Senghor National stadium. He was an Associate Director of the Donmar Warehouse and has served on the boards of the National Theatre, Tricycle Theatre, and Theatre Communications Group.

In 2012, 2013 and 2014 Kwame was named Best Director in City Paper’s Best of Baltimore Awards and in 2015 was nominated for the prestigious Stage Directors and Choreographers Zelda Fichandler Award for Best Regional Artistic Director.

Kwame was chancellor of the University of the Arts form 2011 to 2015. He served as the Artistic Director of the Baltimore’s Center Stage theater in the United States from 2011 to 2018.

From 2011 to 2018 he was previously the Artistic Director of Baltimore Center Stage where he directed: Jazz, Marley, One Night in Miami, Amadeus, Dance of the Holy Ghosts, The Mountaintop; An Enemy of the People, The Whipping Man and Things of Dry Hours.

In 2016 he was awarded the Urban Visionary Award alongside House Representative Elijah Cummings by the Center for Urban Families for his work in the Baltimore community.

In 2018 he was made Artistic Director of the Young Vic, where he has directed Twelfth Night and Tree.

In 2019 he was the Chair of the Bruntwood Prize for Playwriting. Kwame is a patron of Ballet Black and a visiting fellow of Lady Margaret Hall, Oxford University.