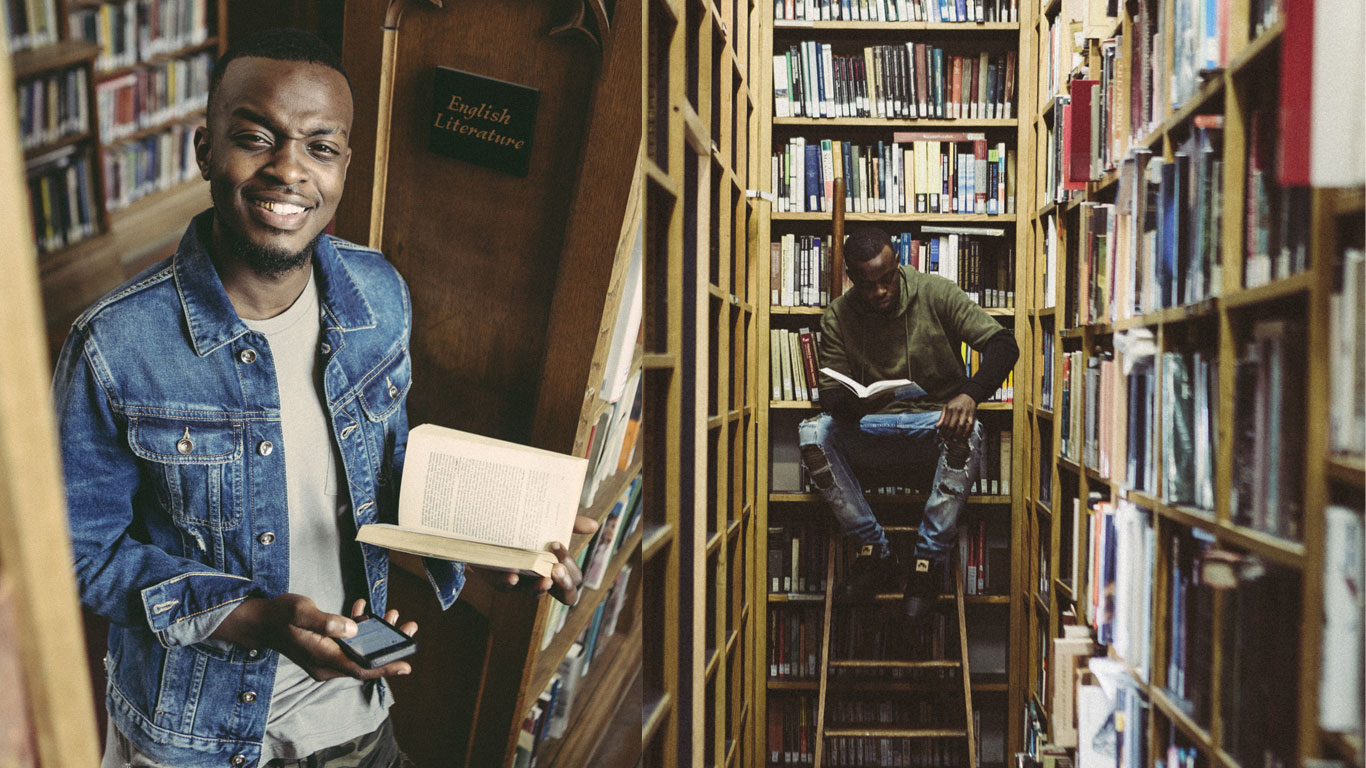 George the Poet is a London-born spoken word performer of Ugandan heritage. His innovative brand of musical poetry has won him critical acclaim both as a recording artist and a social commentator.

George Mpanga was born on 14 January 1991 in Neasden, London, England to parents of Ugandan origin. He studied Psychology, Politics and Sociology at Cambridge University. George is a spoken word activist and social commentator.

George’s medium for his impressive and original talent is the podcast, Have You heard George’s Podcast? Which received six nominations received for its first season at the 2019 British Podcast Awards. It was nominated in six disparate categories: Best Current Affairs, Moment of the Year, Best Arts & Culture, Best Fiction, Best New Podcast, and Smartest Podcast, the latter four of which it won, along with a special award as Podcast of the Year.

Here’s a short list of some of the subjects that “Have You Heard George’s Podcast?” addresses: growing up on a London council estate, or housing project; the interplay between crime and rap music; school segregation; the Grenfell Tower tragedy; the consequence of a lack of generational wealth; the history of black American music; the modern slave trade; contemporary Ugandan politics; the trials of romantic commitment; the experience of writer’s block; the imperative to use one’s talent; the anxieties that come along with being an artist; the wearying ordeal of being subject to racist policing.

As a result of his first season’s success, George’s podcast was picked up by the BBC for its second season, and can be heard here: https://www.bbc.co.uk/programmes/p07915kd

George is funny, insightful, intelligent and has a love of our people that makes him both a credit and an asset. Here is George in his own words:

“Racism convos [conversations] are weakened by gaps in our information.

Ideally, we would all leave school with a basic awareness of Britain’s leading role in the oppression of black and brown people.

But we’re a long way from this. “It’s not that bad is it?” – Racism debates remain surface-level cos by the time we’re old enough to see how deeply divided we are, we’re all too busy to do anything about it – busy working and building families. By this point we expect the solution to be someone else’s job.

Expecting a solution to racism from someone somewhere is unrealistic, cos we are starting from a place of mass unawareness. Commitment to building that awareness is the first step, but it is almost unreachable in a society that doesn’t realise the urgency of the problem.

The job of reversing racism’s effects falls on us. We need careers that support us in doing this. it’s possible for us to plan such careers for our kids.

We need to think like the government: long term economic planning around the unique challenges and strengths of black people.

The industry offering the biggest opportunity for young black people to forge their own economic path is entertainment. Through music and film, we are able to amass international influence and economic clout – largely from our own self-made culture. This is important.

I celebrate all black professionals outside of entertainment. I recognise your power and appreciate your achievements, but ppl are reading this tweet not cos I studied at Cambridge – it’s cos i learned how to rap, then became a poet, then reached TV.

Black innovation has created music/culture that is admired and copied around the world. What we do with this influence is up to us. I use it to promote Sociology, which is why I can offer you my podcast as a step towards the future. I hope it helps”.

Have You Heard George’s Podcast Chapter One (2018)