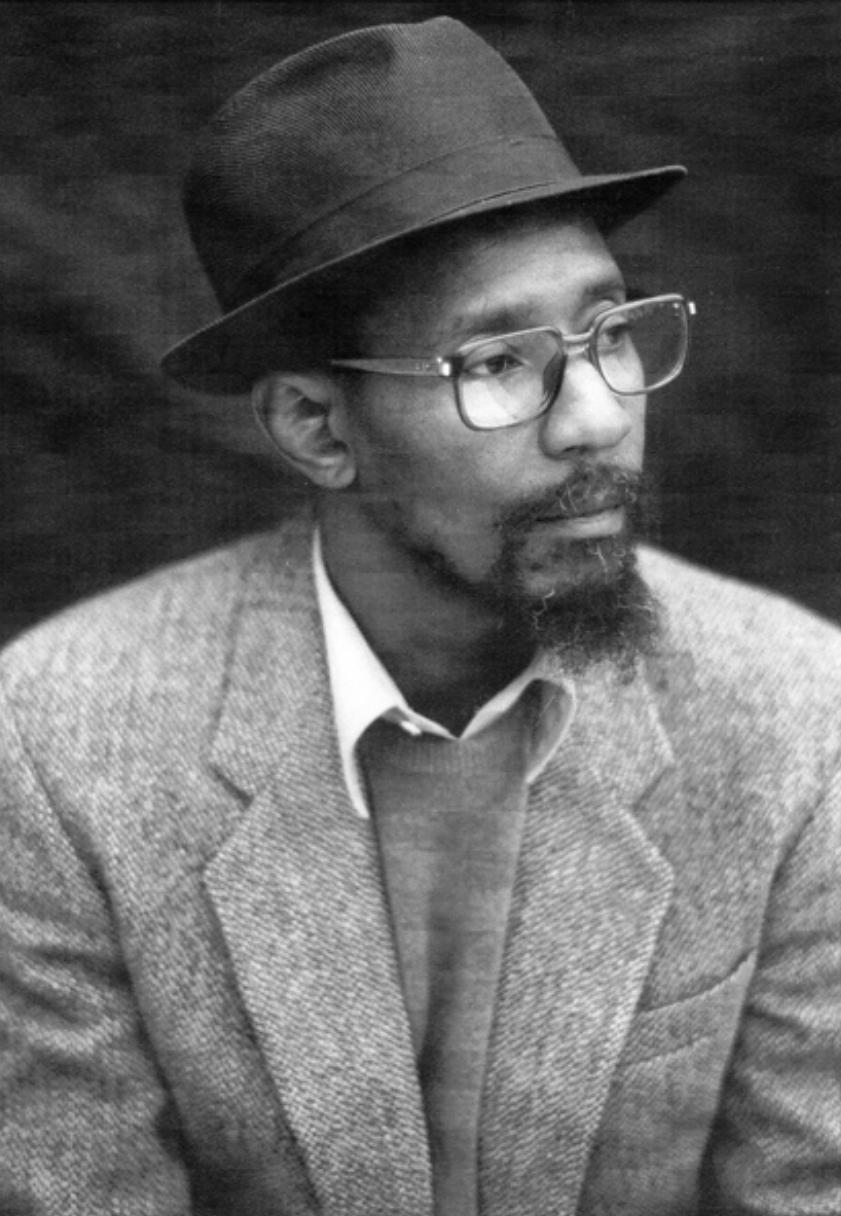 “…racism is very much part of the cultural DNA of this country [the UK], and most probably has been so from imperial times. And, in spite of the progress that we have made, it’s there. It is something we have to contend with in our everyday lives.”

Linton Kwesi Johnson was born on 24 August, 1952 in Chapelton, a town in the rural parish of Clarendon, Jamaica. He came to London in 1963 to join his mother who was already there, attended Tulse Hill secondary school, and later studied Sociology at Goldsmiths’ College, University of London, which currently holds his personal papers in its archives. After graduating in sociology from Goldsmiths in 1973: “I began to write verse, not only because I liked it, but because it was a way of expressing the anger, the passion of the youth of my generation in terms of our struggle against racial oppression. Poetry was a cultural weapon in the black liberation struggle, so that’s how it began.” He mentioned to a friend who worked for Virgin that when he recited his poems: “People say it sounds like music.” The friend suggested he make a demo tape. “And he arranged for me to meet Richard Branson. We met in this little Chinese restaurant in High Street Kensington, and Branson said he liked the tape.” What did Johnson think of Branson? “I didn’t think a lot. He looked like a hippy to me.” Branson signed him – and so Johnson became a reggae artist, he smiles, “by accident”.While still at school he joined the Black Panthers, helping to organise a poetry workshop within the movement.

“…when I was a youngster, there was always this myth…that there was a reluctance on our part to fit in with British society. The fact of the matter is we wanted desperately to integrate. But they wouldn’t allow us.”

In 1977 he was awarded a C. Day Lewis Fellowship, and was the writer-in-residence for the London Borough of Lambeth for that year. He went on to work as the Library Resources and Education Officer at the Keskidee Centre, the first home of Black theatre and art.

Much of Johnson’s poetry is political, dealing primarily with the experiences of being an African-Caribbean in Britain.

“Writing was a political act and poetry was a cultural weapon”,

he told an interviewer in 2008. He has also written about issues such as British foreign policy,

and the death of anti-racist marcher Blair Peach. His most striking and celebrated work was arguably produced in the 1980’s, with Johnson’s spirit of anger and protest finding its ideal subject and opposite under Margaret Thatcher’s Conservative government. Poems such as Sonny’s Lettah and Di Great Insohreckshan contain accounts of police brutality upon young black men, and capture the period’s unwritten attitude of resistance and antagonism in their empathic descriptions of rioting and imprisonment. Told via the uncompromising, yet generous and inventive use of unstandardised Jamaican patois, the poems are alive with Johnson’s relish of the tics and rhythms of spoken language.

Johnson’s poems first appeared in the journal Race Today, who published his debut collection, Voices of the Living and the Dead, in 1974. His second collection, Dread Beat An’ Blood, was published in 1975 by Bogle-L’Ouverture, and shares its title with his first LP, released by Virgin in 1978. That year also saw the release of a documentary film about Johnson’s work of the same name. Inglan Is A Bitch, his third book, came out in 1980. Johnson’s record label, LKJ Records, was launched in 1981 and has released work by some of the most prominent Jamaican dub poets. His own recordings are amongst the top-selling reggae albums in the world. In 2005 he was awarded a silver Musgrave medal from the Institute of Jamaica for distinguished eminence in the field of poetry. Johnson is the second living poet, and the only black poet, to be published in the Penguin Classics series: Mi Revalueshanary Fren in 2002, with a Selected following in 2006.

The energy of his live recitals gives the recordings a unique electricity, interspersed with the laughter and applause of audiences around Europe. While his work is unremittingly hostile towards the situations of oppression it pits itself against, and his performance style is sometimes confrontational, Johnson’s readings are always firstly inclusive, insisting that his audience see events from what 20 years ago was the ‘other side’ of the traditional view of social history, but has overwhelmingly come to be shared as the just and appropriate one. Such a shift in our cultural perspective is at least partly a testament to the power and influence of Johnson’s work, openly and unashamedly political, which seeks constantly to defy the adage that ‘poetry makes nothing happen’. As a poet unusually and refreshingly aware of the function and responsibility of that role, Johnson’s readings of his poems range from incendiary, to lamenting, to the intelligence and good humour of If I Wos a Tap-Natch Poet, which appraises and embraces his position as a spokesperson for social justice and for joyful celebration, while displaying his gifts as an inimitable poet who always speaks with his ‘own sense of time’.

A father of three, and now a grandfather, in 2011 Johnson had surgery for prostate cancer, and says it changed his outlook. “It’s made me perhaps appreciate a bit more how good it is to be alive. In Jamaica language, I would say ‘live up and love up’. You know, cherish humanity and cherish your friends and your children and your family.”

He no longer goes to concerts because he suffers from tinnitus. “My guilty pleasures are tobacco and alcohol. I like a nice glass of Guinness and a roll-up or a glass of wine and a roll-up. And I watch too much TV. Yes, I watch Strictly, X Factor, The Voice, those kinds of programmes.”

Johnson hasn’t written a new poem in more than a decade. “I hope I will write something in the future, but it doesn’t bother me if I don’t.” He doesn’t try to force it? “No.” I had thought he might have stopped writing because the anger that once fuelled him has faded.

“No, it’s because it has occurred to me that maybe I’ve written the best of what I can write already. I’ve known so many poets who have peaked at a certain period in their career, and then they’ve written inferior stuff in the years after. I don’t want to be that guy.”

The award, set up by writers’ organisation English PEN, is intended to defend freedom of expression and celebrate literature, honouring a writer who, as Harold Pinter put it in his 2005 Nobel prize speech, casts an “unflinching, unswerving” gaze upon the world and shows a “fierce intellectual determination … to define the real truth of our lives and our societies”.

Johnson, who was the first black poet ever to be published in the Penguin Modern Classics series with his collection Mi Revalueshanary Fren, joins former winners of the prize including Lemn Sissay, Chimamanda Ngozi Adichie and Margaret Atwood.

The Poetry Archive (where you can listen to some of LKJ’s poems) http://poetryarchive.org