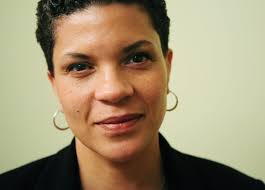 Michelle Alexander was born on 7 October, 1967 in Chicago, Illinois, USA.

Michelle attended high school in Oregon, USA  and has a younger sister, Dr Leslie Alexander, who is a professor of History and African American Studies and, the author of African or American? Black Identity in New York City, 1784–1861 which was published in 2008.

She obtained a B.A. degree from Vanderbilt University, Tennessee, where she was awarded a prestigious Truman Scholarship (a federally funded scholarship granted to U.S. undergraduate students for demonstrated leadership potential, academic excellence, and a commitment to public service, and the most highly competitive American fellowship to support graduate education and leadership development.) She earned a law degree from Stanford University.

Michelle is a highly acclaimed civil rights lawyer, advocate, and legal scholar. In recent years, she has taught at a number of universities, including Stanford Law School, where she was an associate professor of law and directed the Civil Rights Clinics. In 2005, she won a Soros Justice Fellowship, which supported the writing of her 2010 book, The New Jim Crow: Mass Incarceration in the Age of Colorblindness and that same year she accepted a joint appointment at the Kirwan Institute for the Study of Race and Ethnicity and the Moritz College of Law at The Ohio State University. Since its first publication, The New Jim Crow has received rave reviews and has been featured in national radio and television media outlets, including MSNBC, NPR, Bill Moyers Journal, Tavis Smiley, CSPAN, and Washington Journal, among others. Her book won the 2011 NAACP Image Award for best nonfiction.

She also made invaluable contributions to and appeared in, Ava DuVernay’s Academy Award nominated documentary, 13th.