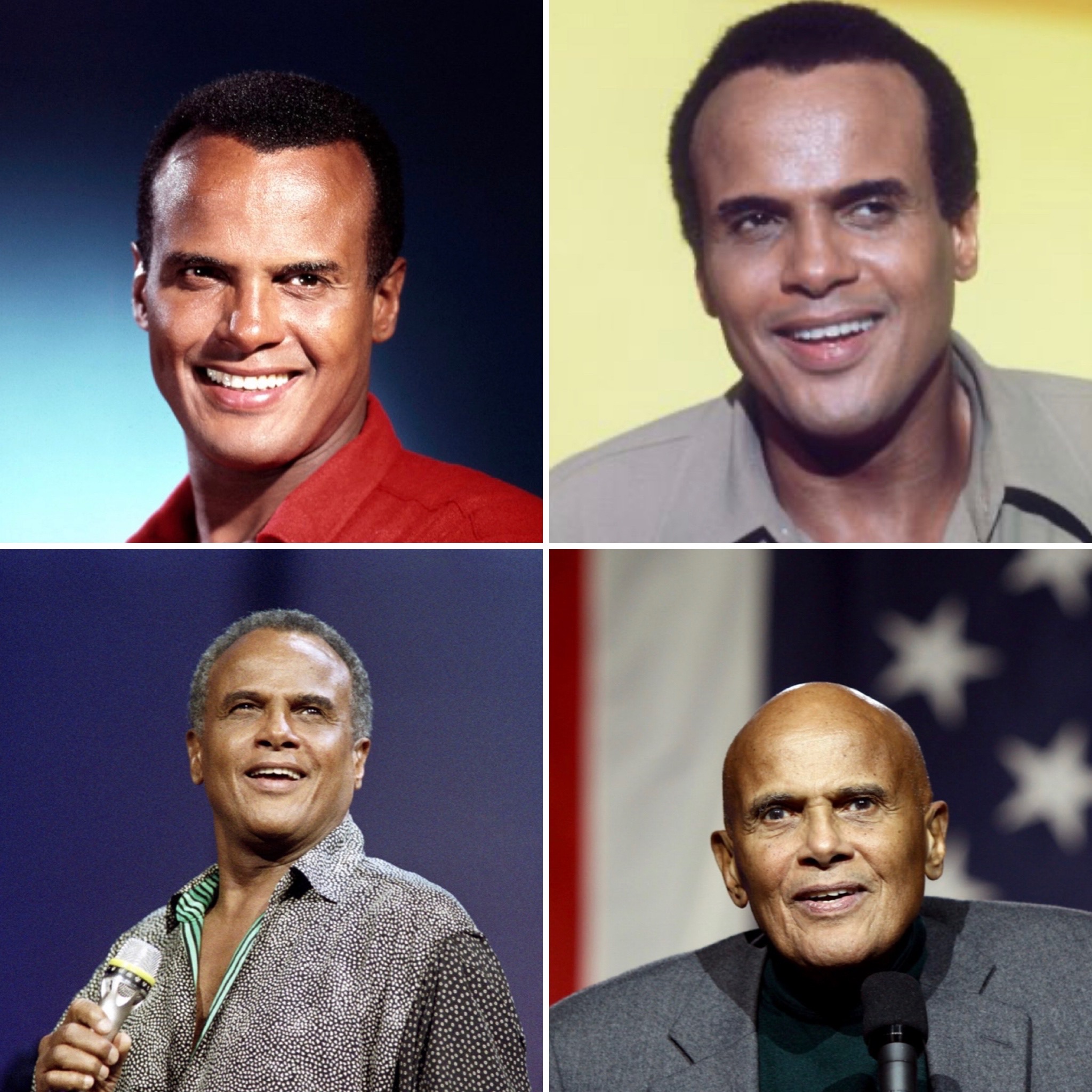 Harry Belafonte was born in Harlem in New York City in 1927. Overwhelmed and intimidated by its ghetto streets and thinking the islands to be a safer place, his immigrant mother sent him back to the island of her birth, Jamaica. The island and all its variety became his cultural reservoir.

At the outbreak of World War II, his mother retrieved him from the island and brought him back to Harlem. He tried to adapt to his new environment, a process that came with great difficulty. Unable to finish high school, he enlisted in the United States Navy and served for almost two years as a munitions loader. After his tour of duty ended, he was honorably discharged and returned to New York City where he worked both in the garment center and as a janitor’s assistant.

For doing repairs in an apartment (of Clarice Taylor and Maxwell Glanville), Belafonte was given, as his gratuity, a ticket to a production of HOME IS THE HUNTER at a community theater in Harlem – the American Negro Theatre (A.N.T.). The world that the theater opened up to him put Belafonte, for the first time, face to face with what would be his destiny – a life in the performing arts. He joined the Dramatic Workshop of the New School of Social Research under the tutelage of the renowned German director, Erwin Piscator. With classmates like Marlon Brando, Walter Matthau, Bea Arthur, Rod Steiger and Tony Curtis – just to name a few – Belafonte became thoroughly immersed in the world of theatre. Paralleling this pursuit was his interest and love of jazz. He developed a relationship with the young architects of the art form, the geniuses of modern jazz, and on the occasion of his first professional appearance, he had Charlie Parker, Max Roach, Tommy Potter and Al Haig as his “back-up band”. Since that launching, Belafonte has sustained an inordinately successful career:

His RCA album “Calypso” made him the first artist in industry history to sell over 1 million LP’s.

As the first black producer in television, he won an Emmy for his CBS production of “Tonight with Belafonte”.

His many firsts in the overturning of numerous racial barriers in the world of culture in America are legend. Belafonte met a young Dr. Martin Luther King, Jr. on his historic visit to New York in the early 50s. From that day until the leader’s assassination, Belafonte and King developed a deep and abiding friendship that for Belafonte still stands as one of the most precious of his experiences. Dr. King said of his friend, “Belafonte’s global popularity and his commitment to our cause is a key ingredient to the global struggle for freedom and a powerful tactical weapon in the Civil Rights movement here in America. We are blessed by his courage and moral integrity.”

Disturbed by cruel events unfolding in Africa due to war, drought, and famine, Belafonte set in motion the wheels that led to “We Are the World” on January 28, 1985. He contacted manager, Ken Kragen, and they, along with others, guided and directed the project known as USA for Africa.

Belafonte was prominent in the contribution to the ending of the oppressive apartheid government of South Africa and for the release of his friend, Nelson Mandela after twenty-seven and a half years of incarceration.

Belafonte was appointed by President John F. Kennedy to be the cultural advisor for the Peace Corps. He served for five years.

In 1987, Belafonte accepted the appointment as UNICEF Goodwill Ambassador, thus making him the second American to hold this title – the first being Danny Kaye, upon whose death Belafonte assumed the position. Belafonte has continued to devote himself globally to civil and human rights issues, focusing in particular on the United States and Africa.

Belafonte penned his much-anticipated memoir “My Song” released in October 2011. In conjunction with the release of the book, HBO debuted the critically acclaimed superior bio-documentary Sing Your Song, directed by Susanne Rostock, the same week. The film chronicles the life and times of one of America’s most groundbreaking entertainers and social activists through his own words, eye-witness accounts, FBI files and archival footage, and seeks to answer two profound questions about who we are, especially as artists and what meaning we find in our own commitments.

Both the film and the book not only tell Belafonte’s stirring life story, but place that life in the context of its times, and portrays it with the kind of depth and breadth that makes one wonder why it has not been told before.

Harry Belafonte has been honored many times by such diverse groups as the American Jewish Congress, the NAACP, the City of Hope, Fight for Sight, The Urban League, The National Conference of Black Mayors, the Anti-Defamation League of B’nai B’rith, the ACLU, the State Department, the Boy Scouts of America, Hadassah International and the Peace Corps.  He has received awards such as The Albert Einstein Award from Yeshiva University, the Martin Luther King, Jr. Peace Prize, the Acorn Award from the Bronx Community College for his work with children, and, in 1989, he received the prestigious Kennedy Center Honors for excellence in the performing arts. He was the first recipient of the Nelson Mandela Courage Award and was honored at the White House with the 1994 National Medal of Arts from President Clinton for his contributions to our nation’s cultural life. He has received honorary degrees from City University of New York, Spellman College in Atlanta, Tufts University, Brandeis University, Long Island University, Bard College and most recently Doctor of Humane Letters from Columbia University and many others. And he is the 2013 recipient of the Spingarn Medal, the most prestigious award bestowed by the NAACP.

Harry founded *sankofa.org which focuses on issues of injustice that disproportionately affect the disenfranchised, the oppressed, and the underserved, which left unaddressed will continue to impact the lives of too many individuals and remain a scar on our nation’s moral character. Some of the key issues sankofa.org are currently addressing include: the systemic violence that has poisoned US society and is being reinforced by legislation such as Stand Your Ground, rampant over-incarceration rates including the cradle-to-prison pipeline and an unequal justice system; income disparity, where wealth is concentrated at the top and the earnings gap between has only grown more pronounced since the 1960’s.

*The meaning of the word ‘sankofa’ is:

The “Sankofa” is a metaphorical symbol used by the Akan people of Ghana, generally depicted as a bird with its head turned backward taking an egg from its back. It expresses the importance of reaching back to knowledge gained in the past and bringing it into the present in order to make positive progress.
Like
Recent posts