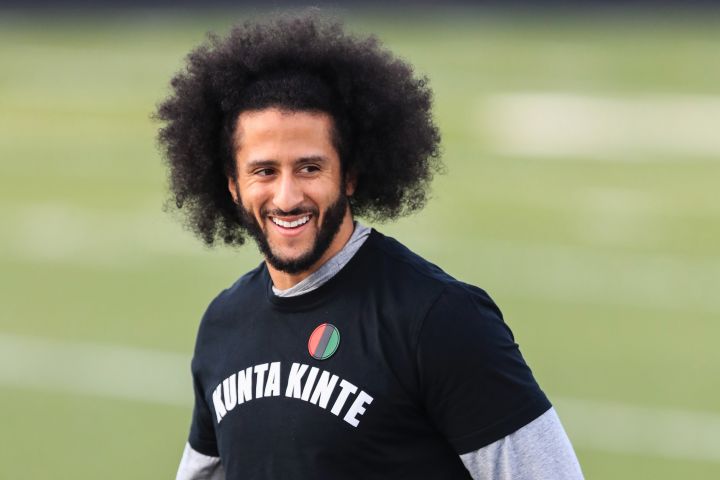 Colin Kaepernick’s formative teen years will be the subject of a new scripted drama series from Ava DuVernay.

The six-episode limited Netflix series “Colin In Black & White” will look at how the events of his youth led the athlete to become the activist he is today. The NFL quarterback will narrate the series and will serve as an exec producer alongside DuVernay and “When They See Us” producer Michael Starrbury, who has also penned the script.

“Too often we see race and Black stories portrayed through a white lens,” said Kaepernick in a statement. “We seek to give new perspective to the differing realities that Black people face. We explore the racial conflicts I faced as an adopted Black man in a white community, during my high school years. It’s an honour to bring these stories to life in collaboration with Ava for the world to see.”

In 2016, Kaepernick protested racial injustice by taking a knee during the U.S. national anthem, outraging President Donald Trump. Eventually becoming a free agent, Kaepernick launched a lawsuit against the NFL alleging they colluded to keep him from playing.

“With his act of protest, Colin Kaepernick ignited a national conversation about race and justice with far-reaching consequences for football, culture and for him, personally,” DuVernay said. “Colin’s story has much to say about identity, sports, and the enduring spirit of protest and resilience. I couldn’t be happier than to tell this story with the team at Netflix.”

The series was conceived in 2019 with the scripts completed earlier this year.

Jamaica Past (images)
Selected images from 1800 - 1923
Previous post Ava DuVernay Shares Message Of Gratitude After ‘When They See Us’ BAFTA Win
Next post Black Lives Matter: ‘Backlash has been divisive like Brexit’