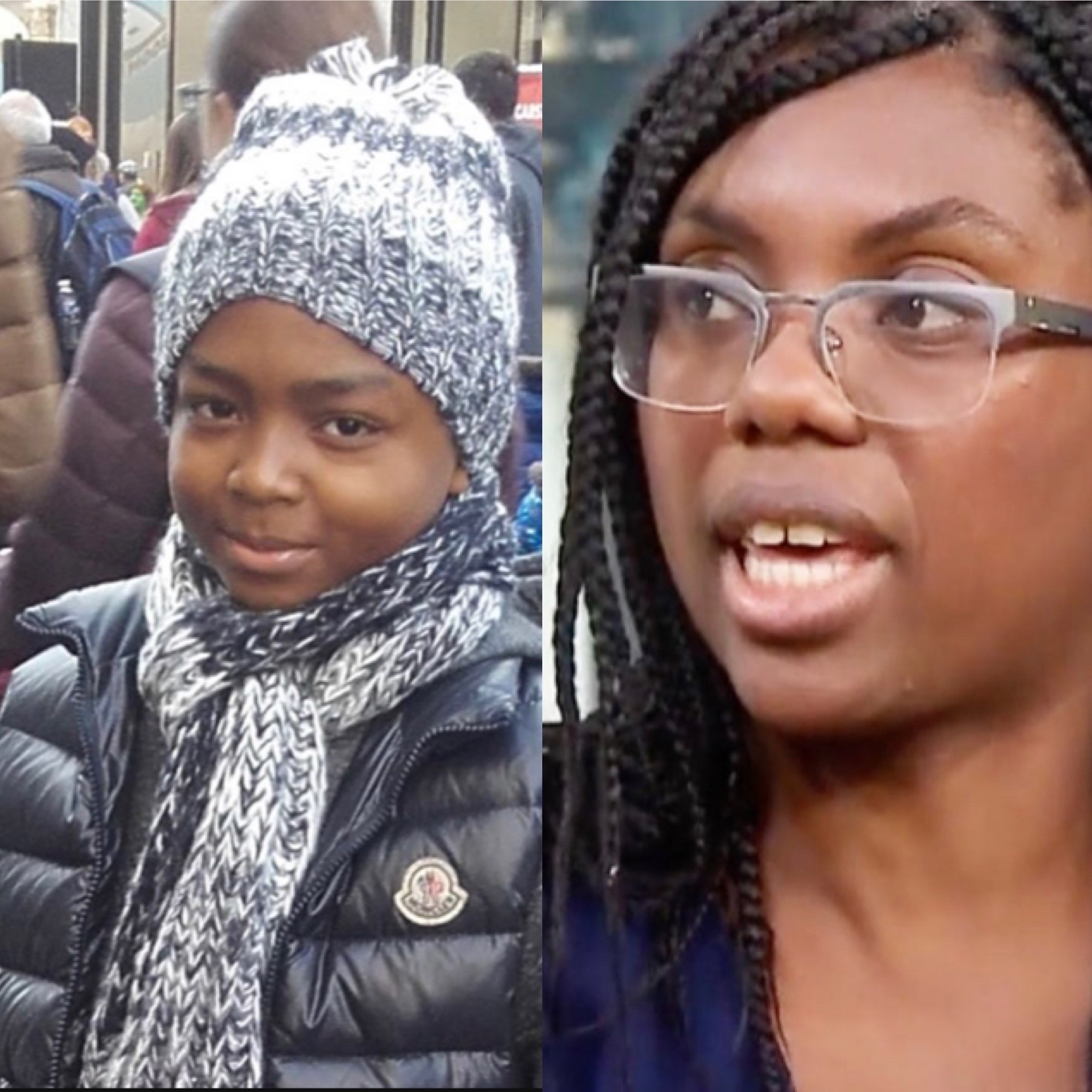 Kemi Badenoch, the minister for women and equalities, has blamed the family of a 12-year-old boy arrested over a toy gun for “inflaming tensions” about police behaviour.

Mina Agyepong said she feared police would shoot her children when officers raided her home in north London and handcuffed her 12-year-old son Kai. Their search recovered a plastic pellet gun.

In an interview with the Radio 4 Today programme, Badenoch wrongly claimed the officers had been unarmed during the incident, that the family were using untrue “rhetoric” and that people shouldn’t be using “this sort of language” about the police.

“I think it must be quite a frustrating and sensitive situation to find yourself in. I have been in situations where I have been questioned by the police and at no point did I feel they were going to kill me,” said Badenoch, who is the government’s equalities minister and leading a review into race equality in the UK.

“I don’t think we should be using this sort of language where people feel unarmed police officers try to kill people on the streets. We’re hearing a lot of this rhetoric that is simply not true.

“We should not be trying to inflame tensions in this way by talking about police killing people when this is certainly not true.”

Told by the presenter that the police were armed, she said: “Oh right, I wasn’t aware of that.”

“Well in that case that is something that can be reviewed. I don’t think anyone should be in a situation where they feel frightened.

She added: “It’s not for me to challenge operational policing based on one story in the media.”

Agyepong, 42, has described how during the 11pm raid on 17 July she believed that the officers would shoot if the incident escalated.

She told the Camden New Journal: “I saw there were red dots on my daughters’ heads and I started to get really scared. I honestly believed if the officers got alarmed in any way, they would shoot.

“We were ordered to get out of the house with our hands up and Kai was taken away. I was petrified for my kids’ lives.”

Asked if she had ever heard of a white child being treated the same way, she said she was not aware of a case but that it did not mean that had not happened.

Commander Kyle Gordon, the Met’s lead for firearms, said: “Officers attending reports such as this must treat them as genuine until they can verify whether or not an actual firearm is present … based on the information at hand, the officers acted in line with their training and my expectations, enabling the incident to be concluded as quickly and safely as possible.”

He said he had watched the body-worn video footage of the incident and could understand concern in terms of how it had been reported but said that officers were professional throughout.

“The reporting member of the public was right to call us and we would encourage others who see similar weapons to do the same,” he said.