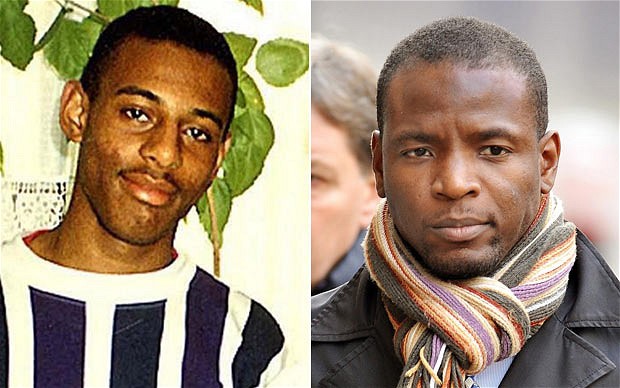 Duwayne was born on 27 September 1974 to Jamaican parents who had moved to London, England. When he was born and in the intervening years, Duwayne’s parents could not have foreseen that he would become well known for being in the wrong place at the wrong time.

As a teenager in 1993, Duwayne was waiting at a bus stop in Eltham, (a district of London, England) with his best friend, Stephen Lawrence when they were attacked by a gang of white supremacists. In the course of the attack, 18-year-old Stephen was stabbed to death. Duwayne survived but was traumatized by the ordeal and the treatment that he received at the hands of London’s Metropolitan Police and the media thereafter.

“5.7 The greatest trauma suffered by Mr Brooks was that he saw his friend murdered, dying on the pavement, and dead as he was carried into the hospital. And he has had to endure that night, and the whole course of the failed investigation. He was a primary victim of the racist attack. He is also the victim of all that has followed, including the conduct of the case and the treatment of himself as a witness and not as a victim.”

Action against the Metropolitan Police Force

In 1999, Duwayne began a civil action against the police. As reported in The Guardian in March 2006:

“Duwayne Brooks, best friend of the murdered teenager Stephen Lawrence, has received £100,000 and an apology from Scotland Yard over his claim that police treated him like a criminal after he witnessed the racist killing 13 years ago.

The settlement, believed to be the largest of its kind, marks the end of a six-year legal battle by Mr Brooks, 31, who suffered severe post-traumatic stress after the murder in April 1993.” https://www.theguardian.com/uk/2006/mar/11/race.ukcrime

Duwayne has however since carved out a political career, starting with his election as a councillor in Lewisham (for Downham in February 2009). He was re-elected as councillor the same Ward in 2010 and stood unsuccessfully as a candidate for Mayor of Lewisham in 2014.

In April 2018, Duwayne launched a bid to become Mayor of Lewisham, as an independent candidate. Ultimately, he was unsuccessful.

In May 2018, Duwayne joined the Conservatives.

The Commission on Race and Ethnic Disparities Report

On 31 March 2021, Duwayne was named as one of the ‘academics and individuals’ who had contributed to the poorly received report.