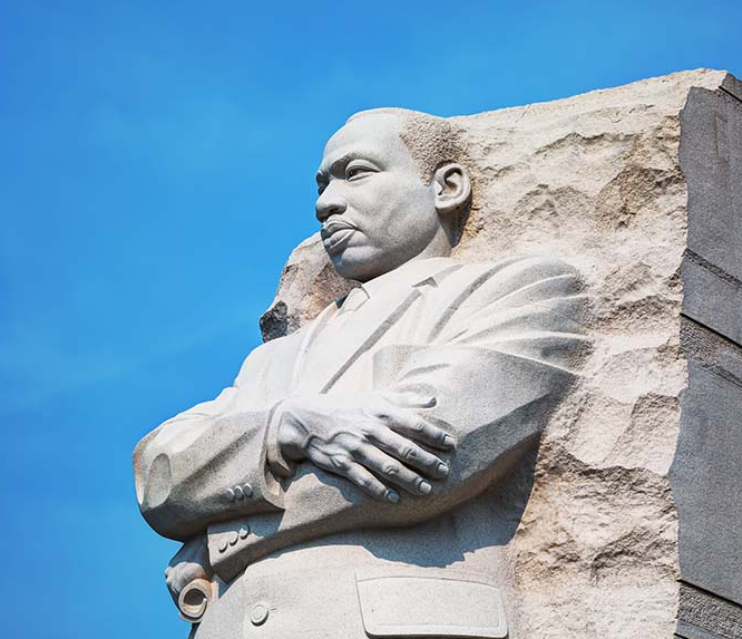 “From the Birmingham jail, where he was imprisoned as a participant in nonviolent demonstrations against segregation, Dr. Martin Luther King, Jr., wrote in longhand the letter which follows. It was his response to a public statement of concern and caution issued by eight white religious leaders of the South. Dr. King, who was born in 1929, did his undergraduate work at Morehouse College; attended the integrated Crozer Theological Seminary in Chester, Pennsylvania, one of six black pupils among a hundred students, and the president of his class; and won a fellowship to Boston University for his Ph.D“: The Atlantic Monthly; August 1963; The Negro Is Your Brother; Volume 212, No. 2; pages 78 – 88.

Audio only (with subtitles).