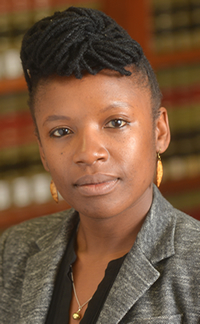 In the report to be presented to the Human Rights Council on 8 July, E. Tendayi Achiume cited persistent racial disparities in, among others, education, employment, housing, health, surveillance, interactions with police, prosecutions, and incarceration.

“The structural socio-economic exclusion of racial and ethnic minority communities in the United Kingdom is striking,” the Special Rapporteur said in her report, based on a fact-finding visit to the country in April and May 2018.

“[N]otwithstanding the existence of a legal framework devoted to combating racial discrimination, the harsh reality is that race, ethnicity, religion, gender, disability status and related categories all continue to determine the life chances and well-being of people in Britain in ways that are unacceptable and, in many cases, unlawful.”

Achiume said her findings should not come as surprise to the Government, as government data and reports, including the Race Disparity Audit, the Lammy Review, and the work of the UK Equality Commission, substantiate the persistent exclusion and marginalization of racial and ethnic minorities.

“Reliable reports have shown that the austerity measures have been disproportionately detrimental to members of racial and ethnic minority communities, who are also the hardest hit by unemployment,” she said. “At the same time, racial and ethnic minorities are overrepresented in criminal justice enforcement and underrepresented within the institutions that adjudicate crime and punishment.

“There is also clear evidence that enforcement of the flawed counter-extremism ‘prevent duty’ disproportionately targets groups on the basis of religious and ethnic belonging, in violation of their human rights. It has also transformed public institutions such as hospitals, schools, universities and even the police – institutions through which the work of national integration should otherwise be achieved – into sites of exclusion, discrimination and national anxiety.

“The UK’s immigration enforcement strategy relies on private citizens and civil servants to do front-line immigration enforcement, again effectively transforming places like hospitals, banks and private residences into border checkpoints. In a broader context of national anti-immigrant anxiety, the predictable result of the UK Government’s immigration policy and enforcement is racial discrimination and racialized exclusion. The Windrush Scandal is a glaring example.”

Achiume’s report also notes that the Government’s own data confirms that the aftermath of the Brexit referendum coincided with a spike in hate crimes, anti-migrant rhetoric, and racial, ethnic and religious discrimination. “To be clear, Brexit has not newly introduced racism and xenophobia to the United Kingdom – both have a long legacy that extends as far back as the historical European projects of slavery and colonialism. That said, national debates and certain practices and policies before, during and after the Brexit referendum in 2016 have amplified racial discrimination, xenophobia and related intolerance in the United Kingdom. Public and private actors have played dangerous roles in fuelling intolerance. Among them, politicians and media outlets deserve special attention given the significant influence they command in society.”

Achiume welcomed the Government’s initiatives over the past decade that have led to better data and more comprehensive reviews of racial inequality, including Government progress on issues she raised in her May 2018 end-of-visit statement.

“Undoubtedly, the UK’s attempts to collect disaggregated data, review discriminatory outcomes, and draft action plans are vital to the realization of the human right to racial equality. “However, the Government must not confuse data collection and piecemeal reviews for the action it obliged to take under international human rights law. The Government has a duty to undertake comprehensive reviews and implement without delay concrete steps targeted to ending racial discrimination and ensuring racial equality.”

Ms E. Tendayi Achiume (Zambia) was appointed by the Human Rights Council as Special Rapporteur on contemporary forms of racism, racial discrimination, xenophobia and related intolerance in September 2017. Ms. Achiume is currently a law professor at the University of California, Los Angeles (UCLA) School of Law, and a research associate of the African Center for Migration and Society (ACMS), at the University of Witwatersrand in South Africa.

Previous post UK RECORD ON RACISM: SIGNATORY TO THE INTERNATIONAL CONVENTION ON THE ELIMINATION OF ALL FORMS OF RACIAL DISCRIMINATION (1966)
Next post DMX