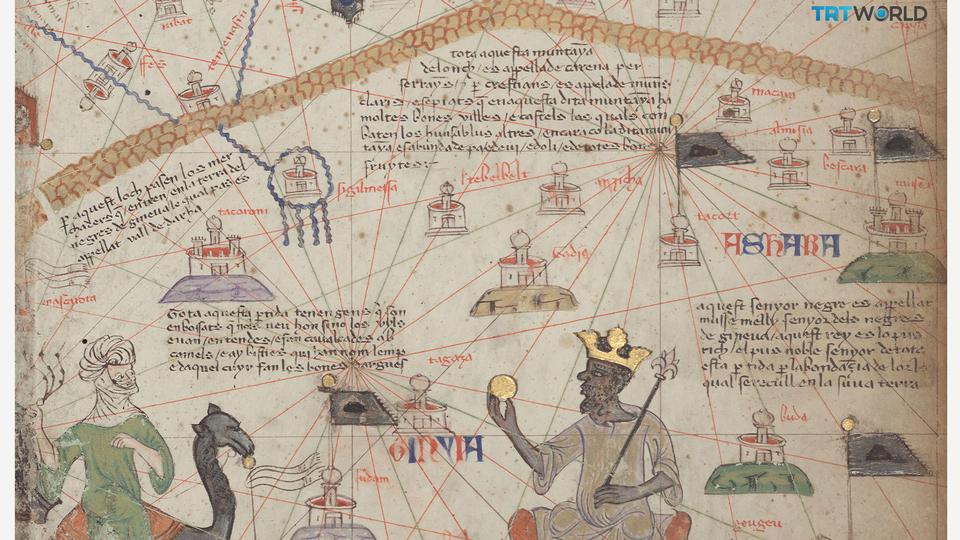 Mansa Musa, fourteenth century emperor of the Mali Empire, is the medieval African ruler most known to the world outside Africa.

Amazon founder Jeff Bezos is the richest man in the world, according to the 2019 Forbes billionaires’ list. With an estimated fortune of $131bn (£99bn) he is the wealthiest man in modern history.

But he is by no means the richest man of all time.

That title is believed to belong to Mansa Musa, the 14th Century West African ruler who was so rich his generous handouts wrecked an entire country’s economy.

“Contemporary accounts of Musa’s wealth are so breathless that it’s almost impossible to get a sense of just how wealthy and powerful he truly was,” Rudolph Butch Ware, associate professor of history at the University of California, told the BBC.

Mansa Musa was “richer than anyone could describe”, Jacob Davidson wrote about the African king for Money.com in 2015.

In 2012, US website Celebrity Net Worth estimated his wealth at $400bn, but economic historians agree that his wealth is impossible to pin down to a number.

His elaborate pilgrimage to the Muslim holy city of Mecca in 1324 introduced him to rulers in the Middle East and in Europe. His leadership of Mali, a state which stretched across two thousand miles from the Atlantic Ocean to Lake Chad and which included all or parts of the modern nations of Mauritania, Senegal, Gambia, Guinea, Burkina Faso, Mali, Niger, Nigeria, and Chad, ensured decades of peace and prosperity in Western Africa.

With such a large land mass came great resources such as gold and salt.

During the reign of Mansa Musa, the empire of Mali accounted for almost half of the Old World’s gold, according to the British Museum.

And all of it belonged to the king.

“As the ruler, Mansa Musa had almost unlimited access to the most highly valued source of wealth in the medieval world,” Kathleen Bickford Berzock, who specializes in African art at the Block Museum of Art at the Northwestern University, told the BBC.

“Major trading centres that traded in gold and other goods were also in his territory, and he garnered wealth from this trade,” she added.

Mansa Musa was born in 1280 into a family of rulers. His brother, Mansa Abu-Bakr, ruled the empire until 1312, when he abdicated to go on an expedition.

According to 14th Century Syrian historian Shibab al-Umari, Abu-Bakr was obsessed with the Atlantic Ocean and what lay beyond it. He reportedly embarked on an expedition with a fleet of 2,000 ships and thousands of men, women and slaves. They sailed off, never to return.

Some, like the late American historian Ivan Van Sertima, entertain the idea that they reached South America. But there is no evidence of this.

In 1312 Musa became emperor when his predecessor, Abu-Bakr II, sailed off on his expedition. When he was crowned, he was given the name Mansa meaning king. Mansa Musa was knowledgeable in Arabic and was described as a Muslim traditionalist. He became the first Muslim ruler in West Africa to make the nearly four thousand mile journey to Mecca. Preparing for the expedition took years and involved the work of artisans in numerous towns and cities across Mali. In 1324 Musa began his pilgrimage with a entourage of thousands of escorts. He also brought considerable amounts of gold, some of which was distributed along the journey.

The journey to Mecca

Though the empire of Mali was home to so much gold, the kingdom itself was not well known.

This changed when Mansa Musa, a devout Muslim, decided to go on a pilgrimage to Mecca, passing through the Sahara Desert and Egypt.

The king reportedly left Mali with a caravan of 60,000 men.

He took his entire royal court and officials, soldiers, griots (entertainers), merchants, camel drivers and 12,000 slaves, as well as a long train of goats and sheep for food.

It was a city moving through the desert.

A city whose inhabitants, all the way down to the slaves, were clad in gold brocade and finest Persian silk. A hundred camels were in tow, each camel carrying hundreds of pounds of pure gold.

It was a sight to behold.

And the sight got even more opulent once the caravan reached Cairo, where they could really show off their wealth.

Mansa Musa left such a memorable impression on Cairo that al-Umari, who visited the city 12 years after the Malian king, recounted how highly the people of Cairo were speaking of him.

So lavishly did he hand out gold in Cairo that his three-month stay caused the price of gold to plummet in the region for 10 years, wrecking the economy.

US-based technology company SmartAsset.com estimates that due to the depreciation of gold, Mansa Musa’s pilgrimage led to about $1.5bn (£1.1bn) of economic losses across the Middle East.

On his way back home, Mansa Musa passed through Egypt again, and according to some, tried to help the country’s economy by removing some of the gold from circulation by borrowing it back at extortionate interest rates from Egyptian lenders. Others say he spent so much that he ran out of gold.

Lucy Duran of the School of African and Oriental Studies in London notes that Malian griots, who are singing historian storytellers, in particular, were upset with him.

“He gave out so much Malian gold along the way that jelis [griots] don’t like to praise him in their songs because they think he wasted local resources outside the empire,” she said.

There is no doubt that Mansa Musa spent, or wasted, a lot of gold during his pilgrimage. But it was this excessive generosity that also caught the eyes of the world.

Mansa Musa had put Mali and himself on the map, quite literally. In a Catalan Atlas map from 1375, a drawing of an African king sits on a golden throne atop Timbuktu, holding a piece of gold in his hand.

Timbuktu became an African El Dorado and people came from near and far to have a glimpse.

In the 19th Century, it still had a mythical status as a lost city of gold at the edge of the world, a beacon for both European fortune hunters and explorers, and this was largely down to the exploits of Mansa Musa 500 years earlier.

Mansa Musa returned from Mecca with several Islamic scholars, including direct descendants of the prophet Muhammad and an Andalusian poet and architect by the name of Abu Es Haq es Saheli, who is widely credited with designing the famous Djinguereber mosque.

In addition to encouraging the arts and architecture, he also funded literature and built schools, libraries and mosques. Timbuktu soon became a centre of education and people travelled from around the world to study at what would become the Sankore University.

The rich king is often credited with starting the tradition of education in West Africa, although the story of his empire largely remains little known outside West Africa.

Accompanied by thousands of richly dressed servants and supporters Musa made generous donations to the poor and to charitable organizations as well as the rulers of the lands his entourage crossed. On his stop in Cairo, Egypt, the Emperor gave out so much gold that he generated a brief decline in its value. Cairo’s gold market recovered over a decade later.

Upon his return from Mecca, Mansa Musa brought Arab scholars, government bureaucrats, and architects. Among those who returned with him was the architect Ishaq El Teudjin who introduced advanced building techniques to Mali. He designed numerous buildings for the Emperor including a new palace named Madagou, the mosque at Gao, the second largest city in Mali, and the still-standing great mosque at Timbuktu, the largest city in the empire. That mosque was named the Djinguereber. El Teudjin’s most famous design was the Emperor’s chamber at the Malian capital of Niani.

Mansa Musa’s pilgrimage boosted Islamic education in Mali by adding mosques, libraries, and universities. The awareness of Musa by other Islamic leaders brought increased commerce and scholars, poets, and artisans, making Timbuktu one of the leading cities in the Islamic world during the time when the most advanced nations from Spain to central India were Muslim. Timbuktu was clearly the center of Islamic Sub-Saharan Africa.

Musa’s pilgrimage to Mecca brought Mali to the attention of Europe. For the next two centuries Italian, German, and Spanish cartographers produced maps of the world which showed Mali and which often referenced Mansa Musa. The first of these maps appeared in Italy in 1339 with Mansa Musa’s name and likeness.

Mansa Musa died in 1337 after a twenty-five year reign. He was succeeded by his son, Maghan I.