HAILE SELASSIE I OF ETHIOPIA 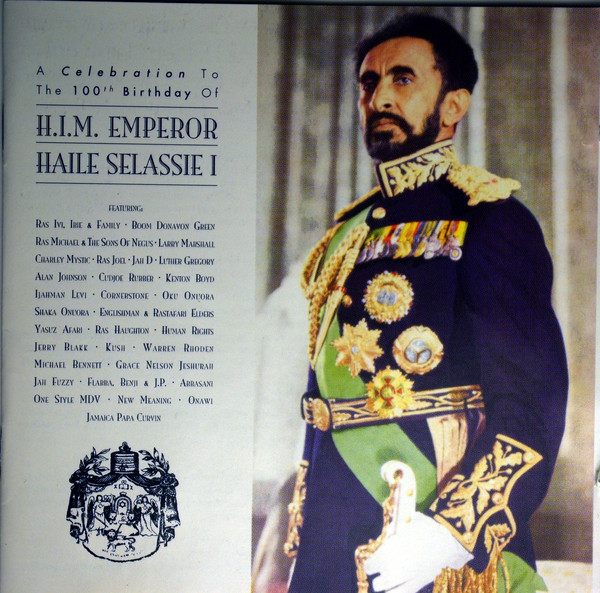 Emperor Haile Selassie was born on July 23, 1892 as Tafari Makonnen just outside the city of Harrar in Enjersa Goro Province, Ethiopia. His mother was Yeshimbet Ali Abajiffar and his father was Ras (Duke) Makonnen Wolde Michael, Governor of Harrar, relative of Emperor Menelik II (1889-1913), and a former general who had played a key role in the 1896 Battle of Adowa where Ethiopia defeated an invading Italian Army to become the only African state to retain its independence by military action.

Appointed governor of Harrar Province, Tafari Makonnen, despite his descent from previous Emperors, would likely have remained an unimportant political figure had he not married his second wife, Menen Asfaw, niece to the heir of the Ethiopian throne, Lij Iyasu.  When rumors spread that Iyasu was flirting with Islam, Ethiopian nobles made Tafari regent in 1916.  Elevated to the rank of Ras, Tafari began to rule in fact while Empress Zewditu, the daughter of Emperor Menelik II, was official head of state.

As regent Ras Tafari Makonnen began the transformation of Ethiopia.  He ended slavery in 1923 and established a school for newly freed slaves in the capital, Addis Ababa. By ending slavery Selassie secured Ethiopia’s admission to The League of Nations.  Selassie also began touring Europe both to acquire knowledge and assistance in his modernization efforts and to raise the profile of the only independent monarchy on the African continent.

Ras Tafari Makonnen became Emperor outright in 1930 upon the death of Empress Zewditu.  Upon assuming the throne, he took the name Haile Selassie meaning “Might of the Trinity.” Continuing his modernization of the state, Selassie in 1931 established the first Ethiopian constitution which centralized governmental power under his leadership.  Selassie believed that a more powerful central government was necessary to carry out his modernization ideas for the nation’s bureaucracy, military, and economy.  Selassie also focused his attention on increasing public health services, providing electricity, and creating a modern telephone network.  In 1931 he founded the Bank of Ethiopia which introduced Ethiopian currency.

Selassie’s ambitious programs were threatened by the imperial designs of Italian leader Benito Mussolini. Italy had already held Eritrea just north of Ethiopia and was looking to avenge its defeat at the Battle of Adowa in 1896.

Without warning Italy invaded Ethiopia on October 3, 1935 and fought for seven months. Although the League of Nations named Italy the aggressor in the conflict, no further actions were taken.

Italian forces easily defeated the Ethiopian Army forcing Halie Selassie and his family into exile in Great Britain on May 2, 1936.  Soon afterwards, on June 30, 1936, he gave his most famous speech before the League of Nations, where he protested the use of chemical weapons against his people and decried the advent of the technological “refinement of barbarism.”  Despite widespread praise of his speech and sympathy for the Ethiopian people, Western powers did not come to his assistance in the campaign against the Italians.

Although the League failed to act, by 1939, Great Britain and France, now at war with Germany and Italy, came to Ethiopia’s aid.  On May 5, 1941 Selassie re-entered Ethiopia with the assistance of South African, British, and Ethiopian soldiers.  By January 1942 all Italian troops had been driven from the country.

Haile Selassie accepted British military assistance.  He did not, however, accept their political help in rebuilding Ethiopia, believing they intended to undermine his authority.

Selassie become increasingly concerned about outside influences in his nation and slowed the modernization process he had initiated upon becoming Emperor.  Ethiopia increasingly became an autocratic state isolated from much of the rest of the world community.

Selassie devoted resources to controlling Eritrea which came under Ethiopian rule after World War II.  His military rule of that region led to an independence campaign that triumphed finally on May 24, 1993.

Despite his country’s poverty and political stagnation, Selassie viewed himself as a world leader.  Ethiopia became a charter member of the United Nations in 1945.  In 1950 he sent Ethiopian troops to fight under Allied command in Korea.  Throughout the rest of the decade he traveled widely.  In 1954, for example, he became the first head of state to visit newly independent West Germany.  Nine years later, in 1963, he helped found the Organization of Africa Unity and built its headquarters in Addis Ababa.

After visiting Jamaica in 1960, the Rastafarians, with thousands of supporters world wide, proclaimed him a living God.

Selassie, however, seemed unable to control the growing political dissatisfaction over his reign which became even more pronounced by a series of crop failures and famines between 1972 and 1974 which killed 80,000 people and brought millions of Ethiopians to the brink of starvation.

Two years later in 1974, after riots and hyperinflation paralyzed his government, the Derg, a committee of Army officers, deposed the Emperor and announced the end of the empire.