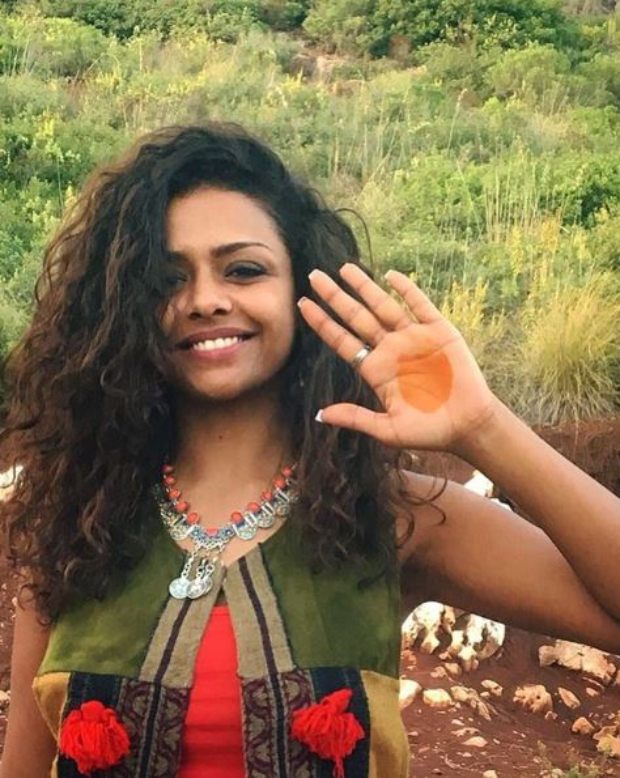 CAIRO — There’s a TV commercial from the 1980s that some Egyptians remember well: Two women stand at a mirror, one with thick, dark curls, the other draped in sleek, glossy tresses.

“My hair is curly,” says the first, pouting slightly as she struggles with a comb. “I would love to style it nicely for this wedding.”

“Curly hair — not a problem,” the other woman reassures her. “Come, we still have time.”

One application of Glatt Schwarzkopf straightening cream later, the first woman is back at the mirror, the comb gliding easily through her smoothed-out hair. “My hair,” she coos, “is lovely.”

For decades, many Egyptian women received the message and diligently straightened their curls while men cropped theirs short, suppressing their natural texture because it was considered slovenly and unclean.

Beneath such attitudes lay deep, longstanding class and racial prejudice. If Western passports, products and beauty standards are prized in Egypt, the opposite goes for anything too “baladi,” or “country,” as Egyptians say — or anything that they believe smacks of sub-Saharan Africans, like naturally curly hair.

In recent years, however, curls have sprouted again around Egypt, a visible reminder of the subtle shifts in Egyptian society that many young Egyptians trace back to the heady days of the 2011 revolution, when mass protests brought down a dictator. While the government has clamped down on free expression in recent years, young Egyptians have rejected some of the conservative norms of the past, even if only in the way they look.

Given the intense pressure on young Egyptian women in particular to conform — enforced by family, friends and random people hissing on the street — curly hair can constitute a form of defiance.

“I hadn’t questioned all of that,” said Doaa Gawish, the founder of the Hair Addict, an online forum and hair-care company with about 500,000 social media followers across Egypt and the Persian Gulf. “Then when I did, I got so mad at myself and society. Now when I look at natural hair, I see the amount of character it reflects and the amount of independence.”

There are also more Egyptians openly displaying tattoos or flaunting dramatic haircuts these days. But mostly, you notice the curls.

Curly heads no longer draw so many jeers in the streets of Cairo. Curly-haired social media influencers have gained tens of thousands of followers and fostered a mini-industry of salons and locally made hair care products.

Visibly curly hair, which in Egypt ranges from wavy to tightly coiled, remains in the minority here. Egyptian women who openly sport curls tend to be young and affluent, while visible curls remain rare in middle- and working-class Cairo neighborhoods as well as in rural areas, where many women cover their hair in public and men and women alike face catcalls and insults for unusual dress, tattoos or so-called unruly hair.

And even as natural styles become more accepted, the prejudices around class and race remain pervasive.

Yet the billboards hulking over the city’s highways and flyovers now feature models crowned with bouncy corkscrews, kinks and Afros, a tectonic shift from the old Glatt commercial.

“That ad used to drive me crazy,” said Soraya Hashem, 38, the manager of G Curls, a salon specializing in curls. “There was a kind of societal pressure where curly hair, the natural look, wasn’t welcomed. It would be, ‘Your hair is so curly, try to go to the hairdresser, try to look elegant.’”

It could be worse. Some young Egyptians recall their teachers ordering them to get rid of their curls. Others say prospective employers were turned off by their hair.

“I got rejected in different jobs as curly hair is unprofessional and shows irresponsibility,” an Instagram user named Deena Othman commented on a post by one Egyptian curly-haired influencer, Dina Ghalwash, who has 84,600 followers.

Ms. Ghalwash, who goes by @curlytalks on social media, had posted that “the same people who used to call my hair ‘mankoosh’ and ‘akrat’” — which roughly translate to “messy” and “coarse” in Egyptian Arabic — “are the same ones asking how I style it now coz they’re trying to do the same.”

That shift has taken years.

In the early 2000s, a famous Lebanese singer, Myriam Fares, made a lasting impression in the region with her cascade of golden curls. Natural hair underwent a resurgence among Black women in the United States around the same time, giving rise to curl-specific products and stylists. Social media brought that shift to Egypt and helped nurture movements toward all-natural beauty products, wellness and self-acceptance.

The soccer star Mohamed Salah and his Afro have become national icons in Egypt, and curly hairstyles now appear regularly on the red carpet at El Gouna Film Festival, an annual extravaganza on the Red Sea.

For many, the most important factor was practicality. Whether by heat or by chemicals, repeated straightening can weaken and harm hair, causing it to break and fall out.

After Ms. Gawish started posting about treatments made of natural ingredients in 2016, her Facebook following leapt from 5,000 users to 80,000 in just a few months, she said. As she and her followers began growing their curls out, they traded tips and sympathy.

What should they do about an upcoming wedding? A job interview? A boss who eyed their curls and told them, “This isn’t the right company for you”?

Ghada el-Hindawy, 44, opened G Curls after researching treatments for her daughter’s curly hair, not wanting her to suffer through straightening.

The cultural disapproval of curly hair “is very harmful to the hair and to the soul,” Ms. el-Hindawy said. “When you go curly, it makes your hair healthier. Now people want to go natural, face themselves, accept themselves.”

The clientele at G Curls, in a suburban development called Beverly Hills, tends to skew young, well-off and well-traveled, with an education from one of Cairo’s international schools.

But that, too, has started to change.

Ms. el-Hindawy said that in the last year the salon had begun to draw more middle-class and veiled clients. Many of Hair Addict’s followers come from Upper Egypt, far from the curly hair hot spots of Cairo and Alexandria.

Men, too, are showing up at G Curls and in curly Facebook groups, despite rigid gender norms that frown on male grooming.

In Abdelwahab Badawy’s village in rural Menoufia, in the Nile Delta, the local curly population has grown in the last seven years from one man (him) to 10. As far as he can tell, that is, since the women are veiled.

When he was growing up, his father prescribed a standard-issue close-cropped style that Mr. Badawy, 24, an engineering student, thought made his ears stick out. When he started growing out his mass of coils at 17, the experiment was such a success — girls noticed him, guys asked for tips — that he was undeterred when a professor mocked him, when others quoted a saying attributed to the Prophet Muhammad that called for hair to be evenly cut, or when a stranger in the street yelled, “Should I get you a lice comb?”

“No,” he retorted. “Keep it for your mom.” (He said they quickly came to blows.)

Ahmed Sayed, 26, a photographer and engineering student in Cairo, used to comb or blow-dry his hair straight, gelling it for hold. Every time he washed before praying, he would have to redo the entire process, visit a hairdresser or simply leave it disheveled.

Going natural a few years ago saved him money and hair damage. It did not hurt that his hairstyle resembled that of Egypt’s most worshiped soccer player, or perhaps — as Mr. Sayed learned after some research — his ancient Egyptian ancestors, some of whom styled their hair into elaborate curls and plaits.

“In Egypt, we have this complex about foreigners where people want to look more Western,” he said. “It’s important to me to have my look reflect my heritage and where I come from.”

Modern Egypt is still a different story. After graduation, Mr. Sayed will begin his 18-month mandatory military service, where, he knows, he will be forced to shave his head.