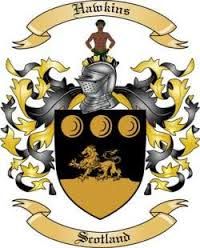 John Hawkins and the slave trade

While several other Englishman had already taken slaves from Africa by the mid-15th Century, John Hawkins effectively set the pattern that became known as the English slave trade triangle.

Early in his career, he led an expedition in which he violently captured 300 Africans in Sierra Leone and transported them to Spanish plantations in the Americas. There he traded them for pearls, hides, and sugar. His missions were so lucrative that Queen Elizabeth I sponsored his subsequent journeys and provided ships, supplies and guns. She also gave him a unique coat of arms bearing a bound slave.

With three major slavery expeditions in the 1560s, Hawkins prepared the path for the slave triangle between England, Africa and the New World. English goods were traded in West Africa, slaves were captured and trafficked on the notorious middle passage across the Atlantic, and cargo produced in the New World was transported back to England.

His four voyages to Sierra Leone between 1564 and 1569 took a total of 1200 Africans across the Atlantic to sell to the Spanish settlers in the Caribbean island of Hispaniola.