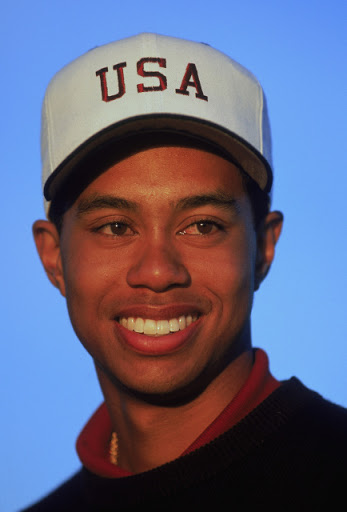 Since turning professional in 1996, Tiger has built an unprecedented competitive career. His achievements on the course–106 worldwide wins and 15 majors–have mirrored his success off the course as well.

Woods serves as Founder and CEO of TGR, a multibrand enterprise comprised of his various companies and philanthropic endeavors, including TGR Design, the golf course design company; The TGR Foundation, a charitable foundation; TGR Live, an events production company; and The Woods Jupiter, an upscale sports restaurant.

With his second Masters victory in 2001, Tiger became the first golfer ever to hold all four professional major championships at the same time.

In winning the 2000 British Open at St. Andrews, Woods became the youngest to complete the career Grand Slam of professional major championships and only the fifth ever to do so, following Ben Hogan, Gene Sarazen, Gary Player, and Jack Nicklaus. Tiger was also the youngest Masters champion ever, at the age of 21 years, three months and 14 days, and was the first major championship winner of African or Asian heritage. The 2000 U.S. Open and 2001 Masters victories came by record margins, 15 strokes and 12 strokes, respectively.

Despite being unable to play the majority of 2016, Woods, the entrepreneur and philanthropist, made significant news. In February, the TGR Learning Lab in Anaheim celebrated its 10th anniversary, with satellite facilities now located in Washington, DC, Philadelphia and Stuart, Florida. Eight months later in October, the Tiger Woods Foundation commemorated its 20th anniversary with a gala event at the New York Public Library featuring Woods and Nike’s Phil Knight.

Tiger is the son of Earl Woods, a retired lieutenant colonel in the U.S. Army, and his wife, Kultida, a native of Thailand.  He was nicknamed Tiger after a Vietnamese soldier and friend of his father, Vuong Dang Phong, to whom his father had also given that nickname.

He grew up in Cypress, California. He took an interest in golf at age 6 months, watching as his father hit golf balls into a net and imitating his swing.  He appeared on The Mike Douglas Showat age 2, putting with Bob Hope. He shot 48 for nine holes at age 3 and was featured in Golf Digest at age 5.

Tiger played in his first professional tournament in 1992, at age 16, the Los Angeles Open, and made the 36-hole cut and tied for 34th place in the 1994 Johnnie Walker Asian Classic in Thailand, He entered Stanford University in 1994 and in two years he won 10 collegiate events, concluding with the NCAA title.

Woods compiled one of the most impressive amateur records in golf history, winning six USGA national championships before turning professional on August 27, 1996. He concluded his amateur career by winning an unprecedented third consecutive U.S. Amateur title, finishing with a record 18 consecutive match-play victories.

The week after winning his third U.S. Amateur title, Woods played his first tournament as a professional in the Greater Milwaukee Open. It was one of only seven events left in 1996 for him to finish among the top 125 money winners and earn a player’s card for the PGA TOUR. He won twice and placed among the top 30 money winners.

Woods won four PGA TOUR events in 1997, plus one overseas, and was the leading money winner.  He achieved No. 1 on the Official World Golf Ranking for the most rapid progression ever to that position. On June 15, 1997, in his 42nd week as a professional, Woods became the youngest-ever No. 1 golfer at age 21 years, 24 weeks.

Woods won eight times on the PGA TOUR in 1999 (11 worldwide), including the PGA Championship. He won four consecutive PGA TOUR events to end the year and started 2000 with two more victories for a total of six in succession.

In 2000, Woods won 11 events, including three professional majors in the same year, and also became the first player since 1936-37 to win the PGA Championship in consecutive years. Woods won five times, including the Masters, in 2001 and eight times worldwide. He won five times again on TOUR in 2002, and seven times worldwide, and was the TOUR’s leading money winner for the fourth consecutive year.

He won a total of 20 times from 2003-06, lead the TOUR’s money list twice and captured four majors. Woods joined Nicklaus as the only player to win the Grand Slam twice. His emotional win the following year at the British Open at Royal Liverpool came two months after his father’s death. He won the 2006 PGA Championship by five strokes at Medinah CC, the same venue where he won the event in 1999.

He began 2007 with his seventh consecutive PGA TOUR victory and ended the year with a total of seven official wins, including a second-consecutive PGA Championship. In 2008, he won four of six PGA TOUR events, including his 14th major at the U.S. Open—his last event of the year before season-ending knee surgery—plus the Dubai Desert Classic, and finished second on the TOUR money list in just six starts. At his major win at Torrey Pines, Woods sank a 12-foot birdie putt on the 72nd hole to force an eventual 19-hole playoff (tied at even-par 71 after 18 holes) the following day.  He later revealed that he had played the tournament with a torn anterior cruciate ligament in his left knee and a double stress fracture in the same leg.

Sports Illustrated selected Woods as the 1996 and 2000 Sportsman of the Year, the first to win the award more than once. L’Equipe (France) selected him as the 2000 World Champion of Champions. The Associated Press chose Woods as the Male Athlete of the Year for 1997, 1999 and 2000. He and Michael Jordan are the only athletes to win the award three times. He was chosen ESPY Male Athlete of the Year in 1997 (tied with Ken Griffey, Jr.), 1999, 2000 and 2001. The founding members of the World Sports Academy, in voting for the Laureus Sports Awards, also selected him as the 1999 and 2000 World Sportsman of the Year. In 2008 Businessweek made Woods No. 1 in The Power 100 for the most influential people in sports. In 2009 he was selected AP Athlete of the Decade. Woods received 56 of 142 votes cast by AP editors throughout the country. He was also inducted into the Stanford Athletics Hall of Fame.

On February 23, 2021, Tiger was injured in a single car road accident which caused damage to both his legs. He was operated on and pins were inserted into his legs and ankle due to compound fractures.