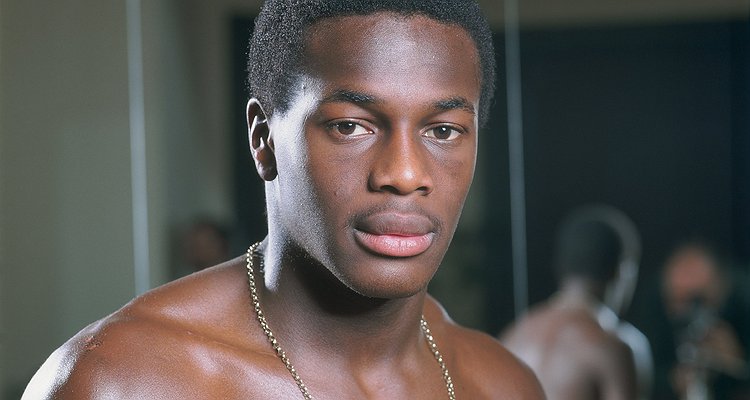 Justin Soni Fashanu was Britain’s first Black footballer to earn a £1 million transfer fees contract, as well as the country’s first openly gay footballer. But Justin would, unfortunately, pay a high price for disclosing his sexuality.

Born in East London on February 19, 1961 to Pearl Lawrence, a British-Guyanese nurse, and Patrick Fashanu, a Nigerian barrister, Fashanu was one of the couple’s three children. After his parents’ marriage dissolved his mother placed Justin and John Fashanu, his younger brother, in Thomas Barnardo’s orphanage where Alf and Betty Jackson adopted and brought them up in Shropham, Norfolk.

During his teens, Fashanu excelled in sports. In 1977, he left college at 16 and soon began playing professional football for Norwich City’s Canaries as a striker. In the 1979/ 1980 football season against Liverpool, Fashanu, now 17, scored a goal that earned him the coveted BBC’s ‘Goal of the Season’ Silver Plate Award. In 1980, he left the Canaries and transferred to Nottingham Forest FC for a transfer fee of £1 million after being pursued by renowned football coach Brian Clough. His £1 million transfer fees as a Black player made history.

After several public rows between Clough and Fashanu about his sexuality and his not living up to his £1 million transfer fees, he was sacked from Nottingham Forest FC.

Amid whirling headlines about his career and sexuality, Fashanu became a born-again Christian. In 1982, the BBC documented his visit to his estranged father in Nigeria; the two never rekindled their relationship, however. In Britain, Fashanu continued to play football. But after undergoing career-altering knee surgery in 1987, he spent the remainder of the 1980s and early 1990s either sidelined or on short-term contracts to teams in Britain, the USA, Canada and Europe.

On 22 October 1990, Fashanu came out publicly as gay in the British tabloid, The Sun. John Fashanu, who was also a professional footballer at the time, advised him against coming out. The Sun’s ‘£1M Football Star: I AM GAY!’ cover story further fractured his relationship with his brother.

After a spate of controversial headlines between 1994 and 1997, Fashanu ended his football career in England and moved to Maryland in the United States where he played for Maryland Mania FC in the autumn of 1997. On March 25. 1998, the police were called to his apartment in the Ellicott, Maryland area when a teenager accused Fashanu of sexual assault and rape. After vehemently denying these claims, on March 27 he fled to Britain. Between April 18 and 22, Fashanu hid in St. Bernard’s Abbey in Leicestershire. On May 2, Fashanu’s body was found in a garage in Hackney, London. Justin, aged 37, had hanged himself.

His suicide note revealed his struggles with his sexuality, religion, and the pressures of being a Black footballer. His accuser’s claims were never proven.

On May 9, his body was cremated.

In 2008, The Justin Campaign was founded to help combat homophobia in sports.

Today, football clubs and fans are collectively doing more to combat racism and homophobia in sports. When Fashanu came out as gay, it was controversial, but his coming out helped transform professional football, Black British and gay history, and paved a way forward for future generations of LGBTQ+ athletes in sports.

In 2012, Amal Fashanu made a documentary with the BBC regarding her Uncle Justin (please see below).

To this day, he is still the only professional top-level footballer to come out publicly in England.

Justin, was inducted into the National Football Museum’s Hall of Fame at a special ceremony on Wednesday 19th February 2020, on what would have been his 59th birthday.

Justin’s niece Amal Fashanu, herself a high profile campaigner against homophobia in sport and co-founder of The Justin Fashanu Foundation, received the award on his behalf at the museum in Manchester during LGBT History Month.

The Justin Fashanu Foundation, works to confront prejudice within football, supports those suffering with mental health issues and has a special focus on the LGBT community.