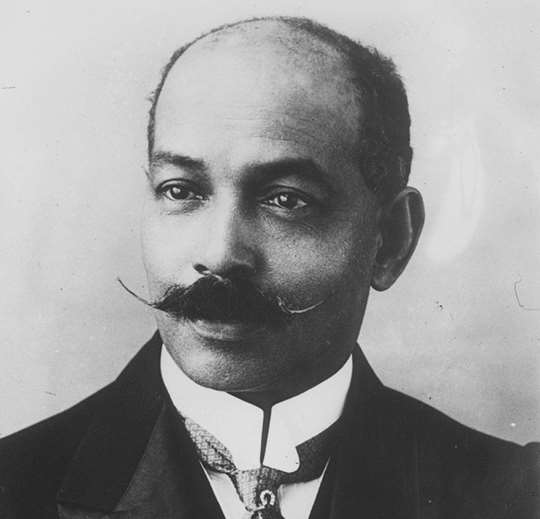 John Richard Archer was a British politician, Pan-Africanist, and civic leader who became the first mayor of African-descent to be elected of Battersea, a civil parish and metropolitan borough in London, England.  Archer was born in Liverpool on June 8, 1863 to Richard Archer, a ship steward from Barbados, and Mary Theresa Burns, an Irishwoman. There is not much known of Archer’s early life, except that he possibly may have attended medical school and was in the merchant navy that provided opportunities to travel abroad to the United States and Canada. After some time in Canada, Archer moved to Battersea in the early 1890s with his wife Bertha Archer, a Canadian of African origin, and ran a small photographic studio.

Archer’s interest in politics began in 1900 when he met with members of the African diaspora at a Pan African Conference held in London. The conference inspired him to join the Battersea Labour League.  In 1906, Archer was elected to the Wandsworth Union Board of Guardians that was created to administer the Poor Law Unions. As a board member, he successfully campaigned for a minimum wage increase to 32 shillings a week for workers.  Three years later, he lost his seat, but regained the position in 1912.

In the same year, Archer embarked on a campaign to run for mayor of Battersea. The election cycle was not without controversy as Archer faced harsh criticisms and racial discrimination during the campaign. For instance, members of the press printed reports questioning his citizenship and origins of birth, claiming that he looked Burmese or Indian. Despite the obstacles and false reporting, on November 10, 1913, Archer was elected by his fellow councilors, winning 40 votes to his opponent’s 39 votes. His election victory in 1913 awarded him the distinction of becoming Britain’s second mayor of African descent after Allan Glaisyer Minns, who was elected mayor of Thetford in 1904. It also made him the first black person to hold a senior public position in the country’s capital.

In 1914, Archer completed his one-year term as mayor where he vehemently opposed unemployment cuts and workhouses for unemployed youths.  He remained active in politics by becoming the founding president of the African Progress Union, an organization established to advance African interests and ideas throughout the diaspora, in 1918.  A year later, he became a British delegate to the Pan-African Congress in Paris, France. In 1921, he chaired the Pan-African Congress in London and, in 1922, he became the Labour Party’s secretary election agent for Shapuril Saklatrala, an Indian-born communist activist in North Battersea.  He worked for Saklatrala until 1924 when the Communist and Labour Parties split.

After which, Archer continued to serve in several capacities including Governor of Battersea Polytechnic, President of the Nine Elms Swimming Club, Chair of the Whitley Council Staff Committee, and member of the Wandsworth Board of Guardians.