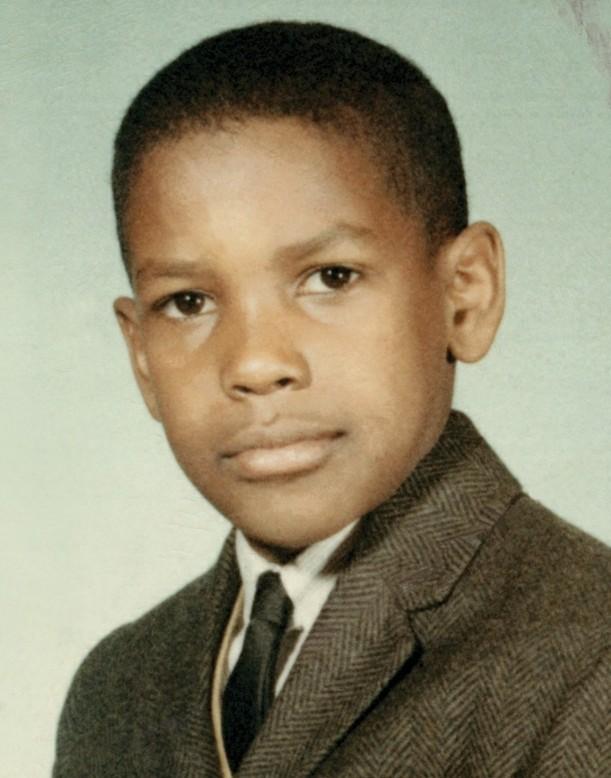 Two-time Academy Award-winning actor Denzel Hayes Washington was born December 28, 1954 in Mount Vernon, New York. Growing up in a middle-class family, Washington was the second of three children, his father, Reverend Denzel Washington, Sr., was a Pentecostal minister and his mother, Lennis “Lynne” Washington, was a beautician.

Washington attended Fordham University, and as a freshman, played collegiate basketball. After dropping out of school for a semester, he returned to Fordham with renewed purpose and graduated with a Bachelor of Arts in Drama and Journalism in 1977. After achieving recognition for his stage performances, Washington was offered a scholarship to attend the American Conservatory of Theatre, a prestigious graduate school in San Francisco, California, where he stayed for one year. He then moved back to New York to pursue a professional acting career.

Washington’s big break came in 1982 where he starred in the popular television drama St. Elsewhere. The show successfully ran for six years. After appearing in several other minor film, television, and stage roles, Washington played South African anti-apartheid political activist Steve Biko in Cry Freedom (1987), a role for which he received an Oscar nomination as well as a Golden Globe nomination. In the powerful film Glory (1989), Washington played a self-possessed ex-slave, and won an Oscar for Best Supporting Actor. By the end of the 1980s, Washington became one of Hollywood’s most critically acclaimed and commercially successful actors.

By 2006, Washington had won three Golden Globe awards, and two Academy Awards. He is the most Oscar-winning (two) and most nominated (five) black actor/actress in Academy history. He is also the second African American actor, after Sidney Poitier, to win an Academy Award for Best Actor. Collaborating with some of the film industry’s most respected directors, Washington continues to carry out different acting projects.