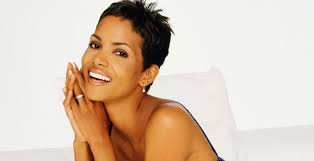 Who Is Halle Berry?

Halle Maria Berry was born on August 14, 1966, in Cleveland, Ohio, the youngest daughter born to Jerome and Judith Berry, an interracial couple. Halle and her older sister, Heidi, spent the first few years of their childhood living in an inner-city neighborhood.

In the early 1970s, Jerome Berry abandoned his wife and children, after which Judith moved her family to the predominantly white Cleveland suburb of Bedford.

Berry attended a nearly all-white public school, and as a result, was subjected to discrimination at an early age. Her early bouts with racism greatly influenced her desire to excel.

A natural performer, Berry earned a handful of beauty pageant titles during the early 1980s, including Miss Teen Ohio and Miss Teen America. She was eventually awarded first runner-up in the 1985 Miss U.S.A. competition.

For a short time she attended Cleveland’s Cuyahoga Community College, where she studied broadcast journalism. However, Berry abandoned her idea of a career in news reporting before receiving her degree.

Choosing to wholeheartedly devote her time to a career in entertainment, Berry first moved to Chicago and then to New York City, where she found work as a catalog model.

As the 1980s turned into the ’90s, the aspiring actress began a career in television with a role on the short-lived sitcom Living Dolls (1989), followed by a year-long run on the CBS prime-time drama Knots Landing, in 1991.

More substantial supporting roles followed, including that of a stripper in the action-thriller The Last Boy Scout (1991), starring Bruce Willis, and as the woman who finally wins the heart of Eddie Murphy in the romantic comedy Boomerang (1992).

With a few films under her belt, Berry accepted more offbeat roles, making cameos in the rockumentary CB4 (1993), which traced the rise and fall of a rap group by the same name. In 1994, the live-action version of The Flintstones featured Berry as a Stone-Age seductress.

Berry offered a no-holds-barred performance as a rehabilitated crack addict seeking to regain custody of her son in Losing Isaiah (1995). Berry, who played opposite Jessica Lange and David Strathairn, was noted for her believable portrayal of a mother struggling with addiction and loss.

Later that year, she was cast as the the Queen of Sheba, in the Showtime movie Solomon & Sheba.

In 1998, she took a turn as one of three wives laying claim to Frankie Lyman’s estate in the biographical drama Why Do Fools Fall in Love?, and then played a liberal urban youth in the political satire Bulworth, opposite Hollywood veteran Warren Beatty.

In 1999, Berry released her most passionate project to date, co-producing and starring in Introducing Dorothy Dandridge, an HBO biopic. Berry was noted for her striking resemblance to the late Dorothy Dandridge, and for her engaging depiction of the actress’ struggle to succeed in the racially biased industry of 1950s Hollywood.

Berry earned both a Golden Globe Award and an Emmy Award for Best Actress in a Television Movie for her role.

Playing Storm in the ‘X-Men’ Franchise

Berry continued to star in blockbuster hits, including X-Men (2000), the big-budget screen adaptation of the long-running Marvel Comic. In the highly anticipated summer release, Berry’s character, Storm, teamed up with fellow mutant heroes played by Anna Paquin and Patrick Stewart. She reprised her role as Storm in X2 (2003), X-Men: The Final Stand (2006) and X-Men: Days of Future Past (2014).

Berry made her directorial debut with the feature Bruised in which she plays a disgraced MMA fighter named Jackie Justice, who reconnects with her estranged son. Filming began in 2019 with shooting in Atlantic City and Newark. The film’s world premiere was held at the Toronto International Film Festival on September 12, 2020, with  Netflix acquiring distribution rights to the film.