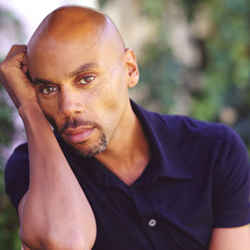 In the early 1990s, RuPaul landed a record contract and released his first album, Supermodel of the World, while also starting a career in acting. On the strength of his TV shows, including RuPaul’s Drag Race, and his oversized personality, RuPaul has become a beacon in gay, drag and transsexual communities.

RuPaul was born RuPaul Andre Charles on November 17, 1960, in San Diego, California. His parents divorced when RuPaul was seven, and he moved to Atlanta, Georgia, with his sister and her husband during his teens. RuPaul was the only boy of his parents’ four children and eventually began wearing his sisters’ clothes and exploring cross-dressing, emulating stars like Diana Ross and Jane Fonda in his youth.

In Atlanta, RuPaul attended the Northside School of Performing Arts, and although he didn’t graduate, it was a big step toward getting his feet wet in the world of performance and, in the end, show business. In 1982, RuPaul took the next step and sent a photo of himself to a local TV program called The American Music Show, asking to appear on air. Before long, he was appearing on the series regularly, often with his newly formed band, RuPaul and the U-Hauls.

RuPaul and the U-Hauls broke up before too long, and Wee Wee Pole was formed in its place, performing around Atlanta. RuPaul also made his first move into acting during this period, appearing in uncredited roles in a series of low-budget movies. While these appearances didn’t help RuPaul climb the ladder of fame, he was never short on ideas to further his career. In one such push, RuPaul sold pictures of himself as postcards and created little booklets with self-penned witticisms and anecdotes.

In the mid-1980s, the quite statuesque RuPaul left the South and headed to New York City and became part of a new festival known as Wigstock. He, his Atlanta roommate Lady Bunny (who launched Wigstock) and others would perform in drag primarily in the East Village area, with the festival eventually growing. RuPaul’s flamboyance and ease on stage made him a hit club dancer, and by the end of the decade he was dubbed the Queen of New York.

In 1991, RuPaul was signed to a recording contract by Tommy Boy Records, and two years later his debut album, Supermodel of the World, appeared. He found a hit with the single “Supermodel (You Better Work),” which reached the Top 50 of the pop charts and No. 2 on the dance club charts. RuPaul would remain a club fixture over the years with other hits like “Snapshot” and “WorkOut.” A 1993 duet with Elton John on a remake of “Don’t Go Breaking My Heart” also drew attention, becoming a U.K. Top 10 hit.

In 1994, RuPaul made his feature film debut in Spike Lee’s Crooklyn, and a new facet of his performing career was launched. A string of roles would follow, including on TV shows such as Sister, Sister and In the House and in films such as The Brady Bunch Movie, Blue in the Face and To Wong Foo Thanks for Everything, Julie Newmar (all in 1995 alone). That same year, RuPaul saw his autobiography Lettin’ It All Hang Out published and he also signed on as a model with MAC cosmetics. RuPaul next landed his own TV talk show, aptly titled The RuPaul Show, which ran until 1998.

Despite success in music and film, RuPaul really made his mark on the cultural landscape with the 2009 debut of his long-running reality TV competition RuPaul’s Drag Race, along with its later variations such as All Stars and Untucked! After RuPaul claimed his first Emmy for Drag Race in 2016, the March 2017 season 9 premiere featured Lady Gaga and, with close to one million viewers tuning in, became the most viewed episode in the show’s history.

Podcast and ‘Gay for Play’

Never one to rest on his laurels, the entertainer launched his RuPaul: What’s the Tee? podcast in 2014, with frequent collaborator Michelle Visage, and appeared as a judge on the body painting competition Skin Wars. He also hosted the trivia game show Gay for Play for two seasons beginning in April 2016, while continuing to churn out albums like 2015’s Slay Belles and 2017’s Remember Me: Essential, Vol. 1and Vol. 2 and American.

Late 2018 brought another holiday-themed album, Christmas Party, and RuPaul’s third book, GuRu. His attempt to return to the daytime talk show circuit with 2019’s RuPaul was short-lived, as was his 2020 Netflix comedy-drama series, AJ and the Queen. Undeterred, the drag icon unveiled his thirteenth studio album, You’re a Winner Baby, in January 2020, and hosted Saturday Night Live for the first time the following month.

In March 2018, RuPaul was awarded a star on the Hollywood Walk of Fame, thereby becoming the first drag queen to receive the honor. Following an introductory speech by Fonda, one of his early inspirations, he tearfully told the audience that this was “absolutely the most important moment in my professional career.”