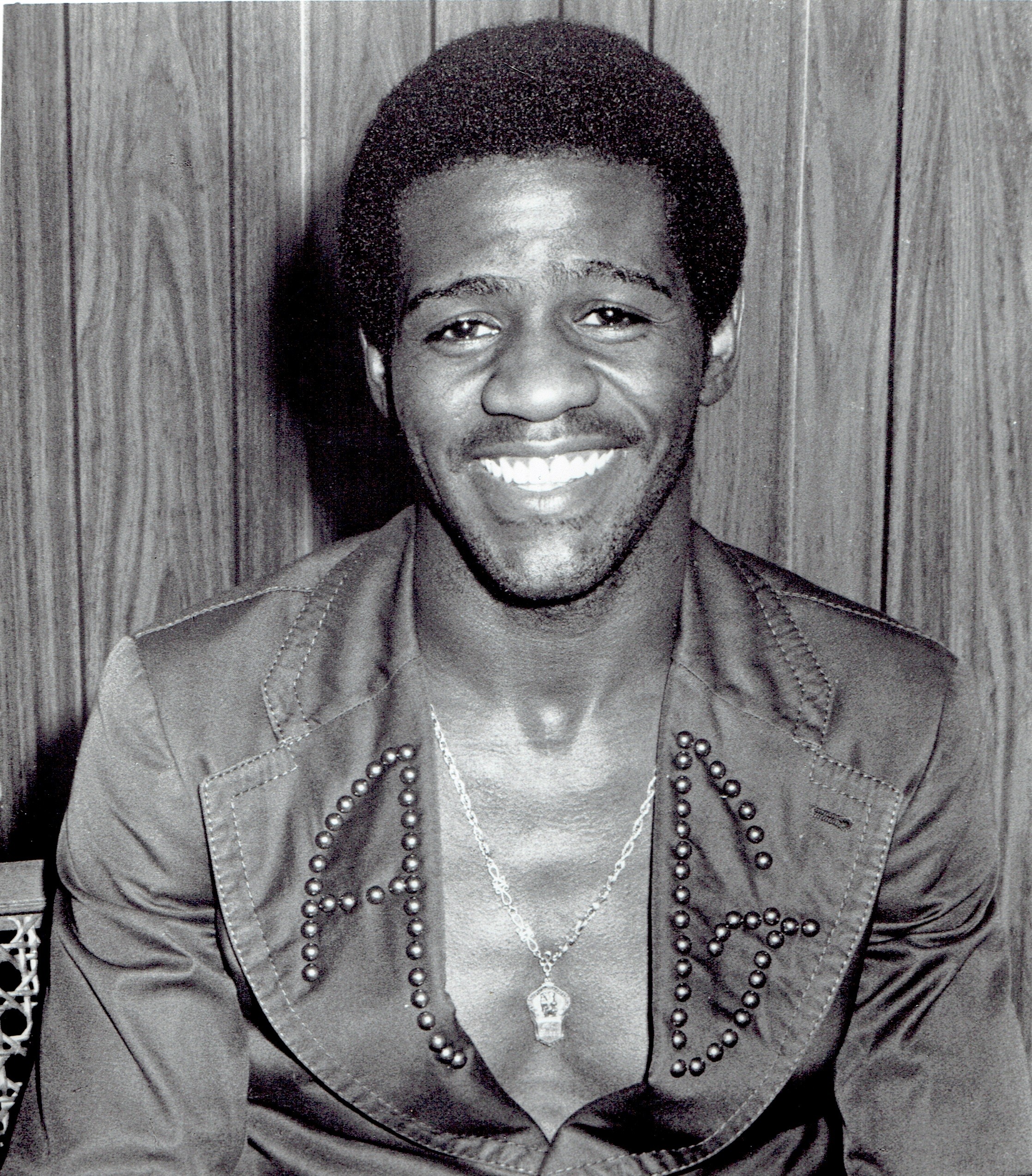 Al Green was born Albert Greene on April 13, 1946, in Dansby, a small town down the road from Forrest City, Arkansas. He began performing at a young age, singing gospel music with his family as part of the Greene Brothers. Even after the Greene family moved to Michigan, the Greene Brothers continued touring on the gospel circuit.

After being kicked out of the family home for listening to the secular music of Jackie Wilson, Green started a group called the Creations, which later became Al Greene and the Soul Mates. The Soul Mates had one hit, “Back Up Train,” which brought them to a successful appearance at New York City’s Apollo Theater.

After the Soul Mates failed to capitalize on their one hit, the group broke up and Al Green struck out out his own. It was at this time that he decided to drop the final “e” from his last name.

In 1968, while on the road in Texas, Green opened for producer Willie Mitchell. Impressed with what he heard, Mitchell signed Green to Hi Records of Memphis, Tennessee. As he started working closely with Mitchell, Green’s soft phrasing and falsetto embellishments took soul in a new direction. In 1971, Green had a popular cover of The Temptations’ “I Can’t Get Next to You.” Mitchell also produced Green’s other huge hits of the 1970s, including the number one “Let’s Stay Together” and “I’m Still in Love with You.” With his ballads, his gifts of long-stemmed roses to female concertgoers and his golden voice, Green became a true star.

While on the road in 1973, Green was born again as a Christian. Despite his revived faith, Green continued touring and releasing music much as he had previously, though he did leave audience members taken aback by occasionally pausing to sermonize during performances. But Green’s life changed on October 18, 1974, when Mary Woodson, a woman who had walked away from her family to be with Green, attacked him in his bathroom with a pan of boiling hot grits. Woodson then shot and killed herself in Green’s Memphis home.

During the long recovery from his third-degree burns, Green devoted himself to his faith. When Green had healed, he bought a church, the Full Gospel Tabernacle in Memphis, and began leading services there. In addition to becoming a pastor, Green turned back toward spiritual music. As Willie Mitchell didn’t want to work on gospel songs, Green’s 1977 album, The Belle Album, was self-produced. The new direction Green’s life had taken was evident in the song “Belle,” about a man torn between his love for a woman and his love for God.

After falling off the stage during a 1979 concert, Green chose to focus on his church and released only inspirational music. But by the late 1980s, Green was singing some of his secular hits along with his gospel music. He then branched out to duets with Annie Lennox and Lyle Lovett, and even appeared on the TV show Ally McBeal.

In 2003, Green released the album I Can’t Stop, which was produced by his former collaborator, Willie Mitchell. Green also explored new musical avenues on his 2008 album Lay It Down, working with producers Ahmir “Questlove” Thompson of the Roots and keyboardist James Poyser.

After turning away from the songs that had made him famous, Green has become comfortable with both his popular music and his religious vocation. In recent years, the famed musician was named on Rolling Stone magazine’s “100 Greatest Artists of All Time” list.