UK – Commission on the Future of Multi-Ethnic Britain Report, 2000 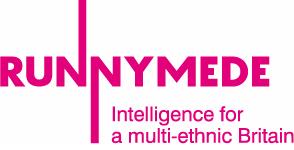 In 1997 Runnymede established a Commission to consider the political and cultural implications of the changing diversity of British people. It set up five taskforces to specialise in each of the following areas: democratic institutions, culture, families, employment, and safety and justice.

The three-year project has reviewed the public philosophy regarding ethnic minority communities and has made policy recommendations targeted at government, local government and other levels of leadership. The Parekh Report (as it is titled) published its findings and recommendations in October 2000.

You can read extracts and recommendations from the Report online via this link: https://www.runnymedetrust.org/companies/29/74/Future-of-Multi-Ethnic-Britain-The.html

Jamaica Past (images)
Selected images from 1800 - 1923
Previous post UK – Report of the Committee of Enquiry into the Education of Children from Ethnic Minority Groups, 1985
Next post UK – Improving outcomes for young Black and/or Muslim men in the Criminal Justice System,