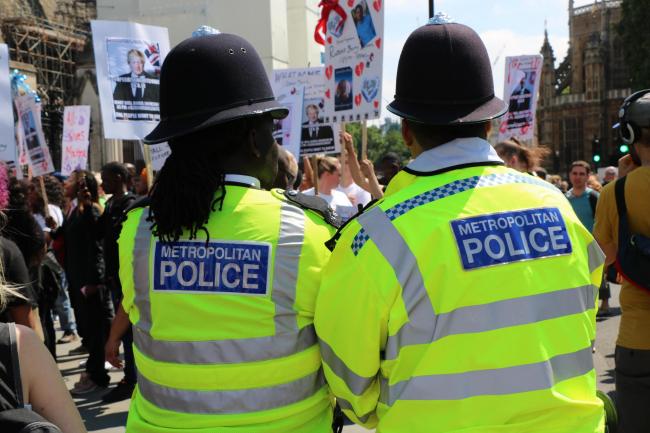 Lord Scarman OBE was appointed to conduct an inquiry into the urban disorders that had taken place in Brixton, London between the 10th and 12th April 1981. In doing so,The Scarman Report compared the ‘social conditions’ in Brixton with those in Southall,Toxteth, Moss Side and the West Midlands, where there had also been similar disorder. In doing so, Scarman examined the role of factors ranging from housing, leisure and recreational facilities, the family, education, unemployment and discrimination.

In his report, Scarman examined:

Failure of the Central Communications Command to deal effectively with calls in relation to mental health.

The lack of mental health awareness amongst staff and officers.
Frontline police lack of training and policy guidance in suicide prevention.

Failure of procedures to provide adequate care to vulnerable people in custody. Problems of interagency working.
The disproportionate use of force and restraint.
Discriminatory attitudes and behaviour.
Failures in operational learning.
A disconnect between policy and practice.
The internal MPS culture.
Poor record keeping.
Failure to communicate with families.

to address these issues, the Commission put forward recommendations in relation to (See pp. 7–9): Leadership.

Recognition that mental health is ‘core business’ and ‘needs to be reflected in all policy, guidance and operating procedures’.

‘On the frontline skills, awareness and confidence of frontline staff need to improve in regards to mental health and the MPS must become a learning organisation’.

The need for the police to ‘develop a safer model of restraint’. Better information and IT systems.
Improved health care in custody.
More effective interagency working.

Funded by the Barrow Cadbury Trust, and chaired by Baroness Lola Young, the aim of the 2014 Young Review was to identify the drivers of‘ disproportionately high numbers of Black, Asian and minority ethnic (BAME) offenders and the poor outcomes they face in the Criminal Justice System (CJS)’ (See p. 10). In particular, the Young Review focused on improving the outcomes of young Muslim men in the Criminal Justice System.

• ‘There is greater disproportionality in the number of Black people in prisons in the UK than in the United States.’

• ‘BAME representation in the prison population is heavily influenced by age with many more young BAME male prisoners than older ones.’

• ‘In the youth estate BAME disproportionality is even starker with 43% of 15–17 year olds coming from such backgrounds.’

In response to these findings, the Young Review put forward five key recommendations:

Dame Angiolini’s review also identified a number of areas where improvement was needed. In doing so, a series of recommendations were put forward with a view to ensuring ‘humane institutional treatment when such incidents occur’ (See p. 7).This review explored the following issues:

Having explored these issues, Dame Angiolini put forward a wide-ranging set of recommendations to be considered by government, the police, the Independent Police Complaints Commission, the Crown Prosecution Service, the Coroner and other agencies involved in issues relating to deaths and serious incidents in police custody.The primary goal of these recommendation was to ‘minimise as far as possible the risks of such incidents occurring in future’, and to ensure that ‘when such incidents do occur, the procedures in place are efficient, effective, humane, and command public confidence’ (See p. 7).

You can download the full report via this page: https://www.stuarthallfoundation.org/projects/shf-race-report/