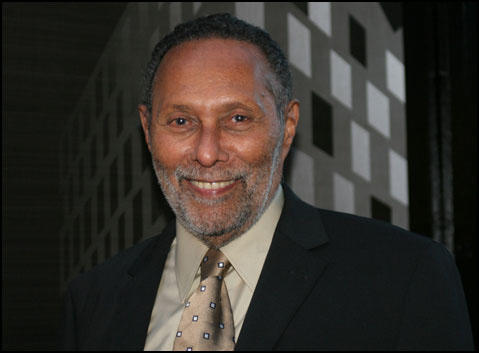 In the wake of the Black Lives Matter protests in summer 2020, the Prime Minister Boris Johnson announced a cross-government inquiry into all aspects of racial inequality in the United Kingdom. The cross-governmental ‘Commission on Race and Ethnic Disparities’ would look into discrimination against black, Asian and minority ethnic people in education, health and the criminal justice system.A number of people questioned why another inquiry was necessary. Speaking on BBC Radio 4’s Today programme, David Lammy MP and Shadow Secretary of State for Justice expressed the frustration of many at the lack of progress in addressing racial inequality in the UK over a number of years and he urged the government to take action and legislate rather than embarking on another inquiry:

previous inquiries into the ways racial discrimination plays out in the UK have produced large numbers of recommendations, almost all of which have been ignored or shelved by successive governments and counting up 375 recommendations that could be used instead of launching yet another commission on equality.

Responding to the imperative to review, recall and re-count the work of earlier commissions and inquiries into racial inequality and to assemble their findings in an accessible form, the Stuart Hall Foundation in partnership with the Centre on the Dynamics of Ethnicity (CoDE) commissioned this report. It provides summaries of a selection of reports published between 1981 and 2017 and offers a thematic analysis of recommendations put forward to address racism and racial inequality in communities, education, employment, policing and the criminal justice system.The report examines 589 recommendations and draws out a number of common, overarching themes running through the recommendations including the need to address the disconnect between legislation and its enforcement; the requirement for holistic and co-ordinated approaches across government and between government agencies, employers and community groups; the requirement for further research as well as for regular, improved and standardised forms of data collection; and the need to establish accountability and responsibility at organisational and leadership levels as well as the need to establish independent oversight, investigation and review.

Established in 2015 to build on the unique legacy of Professor Stuart Hall, founding figure of British Cultural Studies, arts supporter, inspirational educator and leading voice for social justice, the Stuart Hall Foundation is committed to public education and to addressing urgent questions of race and inequality in culture and society.Throughout his life, Stuart Hall was committed to asking difficult questions about race and inequality in Britain. He contributed to a number of inquiries and commissions on racial inequality and participated directly in the Commission for the Future of Multi-Ethnic Britain. As Dr. Ashe writes in his executive summary,“for more than fifty years, successive British governments have tried to tackle the enduring nature of racism and the consequences of structural racial inequality through legislative interventions [and yet] in 2020, racism and racial inequality persist”. Questions have been asked repeatedly over decades and hundreds of answers have been provided as evidenced in this report.As David Lammy has written,‘it is time for action on the countless reviews, reports and commissions on race that have already been completed.”3 We very much hope that this report can make a modest contribution to galvanising such action.

(a) setting up special bodies to deal with the problems faced by immigrants in relation to discrimination, adjustment and welfare, and (b) helping to educate the population as a whole about race relations, and hence minimising the risk of racial conflict developing in Britain in the way it had done in the US (2003, p.81).

Almost a decade later, the 1976 version of the Race Relations Act not only brought the concepts of ‘direct’ and ‘indirect’ discrimination into law, it also led to the Commission for Racial Equality (CRE) being set up. As a non- departmental public body, the CRE set out to tackle racial discrimination and prejudice, while also striving to contribute to the creation of a ‘just and integrated society, where diversity is valued’. It would be almost twenty- five years before further legislative changes were introduced.

The Macpherson Report was published in 1999 following the racist murder of Stephen Lawrence in 1993. With a remit that stretched beyond the murder of Stephen Lawrence and the subsequent police investigation, the Macpherson Report offered a series of recommendations relating to legislation and policies relating to race relations, racism, the police, the education system and the civil service. Macpherson’s recommendations would play a key role in shaping the Race Relations (Amendment) Act (RRAA) 2000, particularly Macpherson’s discussion and recommendations in relation to institutional racism, which Macpherson defined as,

The collective failure of an organisation to provide an appropriate and professional service to people because of their colour, culture, or ethnic origin. It can be seen or detected in processes, attitudes and behaviour which amount to discrimination through unwitting prejudice, ignorance, thoughtlessness and racist stereotyping which disadvantage minority ethnic people (1999, para. 6.34).

The RRAA 2000 imposed a statutory duty on all public institutions to eliminate racial discrimination and actively promote race equality.

The Human Rights Act (1988) also came into force in 2000 in an attempt to ensure that existing British legislation did not contravene the European Concern on Human Rights and Fundamental Freedoms.Ten years later, the Equality Act (2010) merged various pieces of existing anti-discrimination legislation, including the 1976 Race Relations Act, in an effort to make the law easier to understand, while also strengthening legal protections in certain areas.

Between 1966 and 1988, a series of perhaps lesser known legislative interventions sought to tackle urban deprivation, including in multiracial settings (Solomos, 2003). For example, Section 11 of the Local Government Act of 1966 aimed to provide central government funding to local authorities so that they could meet the educational and social welfare needs of ethnic and racial minority groups. Similarly, the 1969 Local Government Grants (Social Need) Act was intended to provide financial assistance to localities where social deprivation was pervasive, including areas where ethnic and racial minority groups lived. Almost a decade later, the 1978 Inner Urban Areas Act was then introduced to address the way in which national policies might discriminate against certain areas and communities, while also addressing inner city decline and a lack of local job opportunities. Ten years after that the Local Government Act (1988) gave local authorities the power to carry out contract vetting as part of their duties under Section 71 of the 1976 Race Relations Act.

In 2017, the Conservative government’s Race Disparity Audit clearly demonstrated that, despite the various legislative interventions summarised here, there is still entrenched racial inequality in education, employment, health, housing, policing, the criminal justice system and in the public sector workforce, not to mention considerable disparities in terms of levels of poverty. For example, the 2017 Race Disparity Audit found that:

You can download the full report from the following page: https://www.stuarthallfoundation.org/projects/shf-race-report/