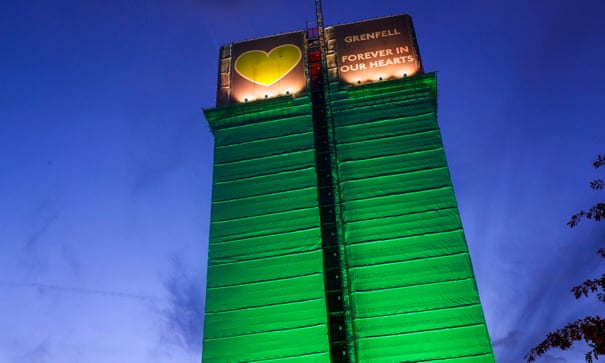 A community charity close to Grenfell Tower with links to the Royal Borough of Kensington and Chelsea (RBKC) has been branded “institutionally racist” in a damning independent review.

The Westway Trust, which has oversight of part of the world famous Portobello Road market and leases community space under the motorway flyover that divides west London, operated a “culture of bullying, indifference and arrogance”, according to a two-year investigation by the Tutu Foundation UK. Its final report, published on Friday, states: “The Westway Trust has been and remains institutionally racist.”

The review exposes past and current manifestations of racism in a key organisation which has been on the frontline of UK race politics for decades.

The trust was founded in 1971 as a counterweight to structural inequality in North Kensington which had experienced race riots, the fascist leader Oswald Mosley standing for parliament and police racism epitomised in the 1970 trial for incitement to riot of the Mangrove Nine, a group of black activists including Darcus Howe.

The investigation was triggered in 2018 by sustained allegations of racism from the local community heightened by the June 2017 Grenfell Tower fire which some argue was a result of “racism, indifference and marginalisation which is felt to be prevalent in the area” the report states.

Until 2014, a large minority of trustees were nominated by RBKC, and from 2010 included councillor Rock Feilding-Mellen who was in charge of housing and oversaw Grenfell’s disastrous refurbishment which resulted in 72 deaths.

“Over a sustained period of time, and more worryingly systemic within the organisation, racial inequality has blighted the Trust,” said Lord Woolley, former chair of the government’s race disparity unit, in a foreword to the report. “All of this has been evidenced with clear examples of racism in its direct, indirect and overt forms.”

The £6m a year operation is accused of overseeing the closure of key assets used by local black and ethnic minority communities and discriminating against BAME staff, including via the use of zero-hours contracts. The report also states that it showed “disdain” towards the Notting Hill carnival by not allowing it to take place on trust land.

Anonymised examples of alleged racism date from 1982 to 2017 and include an incident in 2017 when executives accused a staff member of “going native” and becoming “dangerously close to the community”. When one young person applied for a grant for a script about knife crime using the N-word, the project was rejected as “ridiculous” and a staff member read it out “impersonating a young black male … repeating the N-word.” Black children were sometimes referred to as groups of “Kelis” and “Zharnais”.

Tensions came to a head in 2015, a senior source said, when the trust was pushing for a more commercial approach and moves that caused community anger including the closure of the stables and riding arena, the closure of a live music venue for black and African music called Flyover Portobello and the Golborne & Maxilla Children’s Centre.

The trust has been under new leadership since 2019 and accepted the findings.

“These are serious allegations and needed to be heard and understood,” it said in a statement. “We want to be a truly inclusive organisation that is a beacon of good practice. We recognise the massive cost to individuals, communities and the whole of society when people are excluded.”

Trust chairman Toby Laurent Belson, said the trust “apologises to our entire community” and will “bring about reparative and restorative justice”.

The review recommended paying compensation to victims of racism and the creation of a new Centre for Civil Rights and Culture.