The Banana Republic of Great Britain is the home of corruption 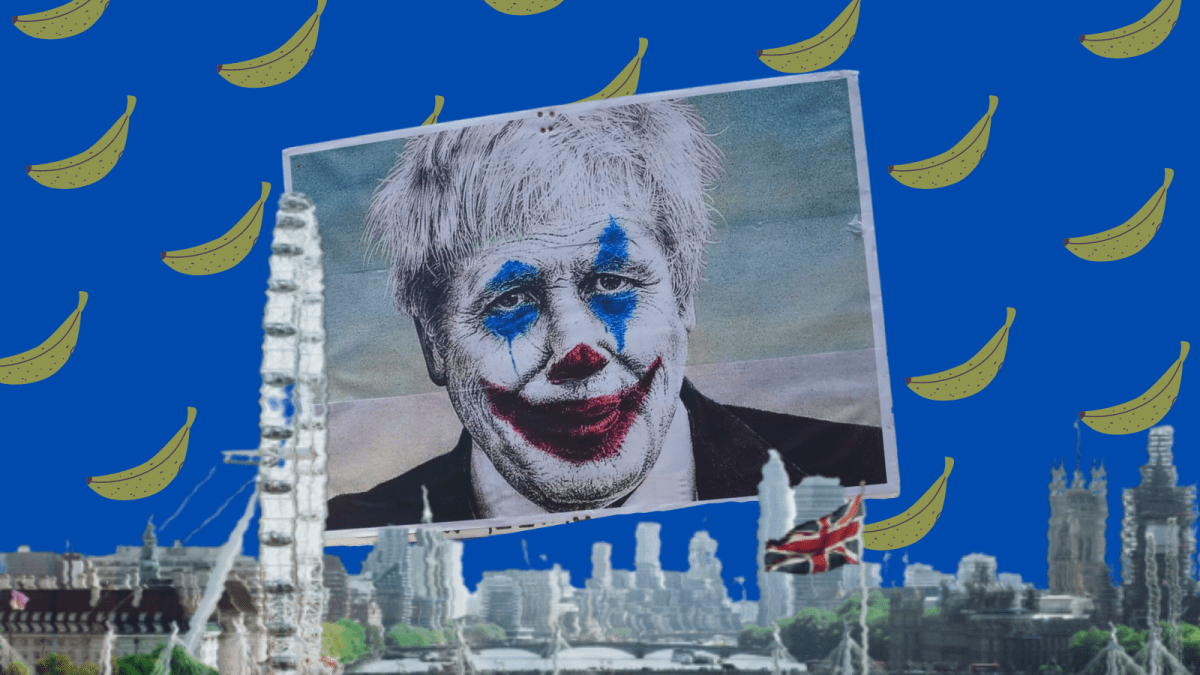 Britain has long deluded itself into believing that the blood spilled in the pursuit of empire was part of a noble mission to fulfil the White Man’s burden and bring civilisation to the savages.

Given this twisted logic it is no surprise that it if you remove the first letter from slaughter you can imagine the imperialists gleefully pillaging their way across the globe. But the joke is increasingly on the former mother country.

Having spent centuries lecturing the world on how to manage their affairs it is now Britain that is becoming the corrupt, backwards plaything of the rich that they once so derisively dubbed a ‘Banana republic’.

Covid-19 has shone a bright light on the problems in society, not least the life and death nature of racism with the disproportionate impact on racialised communities. But many people are now seeing for the first time just how corrupt the ruling class is in the supposed home of democracy. £10 billion of contracts have been handed out to businesses with no real oversight and a preference for those with contacts to the government.

There is blind faith in the private sector to deliver that lead to a go between being paid £21 million of taxpayers more to source badly needed protective equipment.

Friends of the government are being hand picked for jobs they have no experience or qualifications for. An effective system to track and trace currently the only way to reduce the impact of coronavirus so it is not an exaggeration to say that the shambles presided over by Dido Harding is killing people. The Runnymede Trust are right to sue the government over their deeply discriminatory hiring practices but they should also be bringing a case for the negligent homicide of the thousands who will perish because recruitment is based on relationships rather than merit.

Since Thatcher took an axe to the welfare state in the eighties Britain has been fed a diet of privatisation, low taxes for the rich and austerity that we were promised would secure the economic health of the nation.

But the purpose of this new regime was not to ensure that everyone could be nourished, but for those at the top to take an ever increasing share of the resources.

After 40 years of a starvation diet, British society is today so weak we never should have expected it to be able to fight off the virus. The NHS is so hobbled it couldn’t even provide protection for its workforce, let alone be capable of any adequate response for the welfare of the entire nation. The corporate vultures swooped in to feed off the bones offering to source PPE, run the testing system, make the ventilators and run the track and trace system into the ground. None of this is by accident, it’s the logic of colonial rule coming home to roost.

What we are witnessing in Britain today is the nightmare that those in the ‘underdeveloped’ world have already lived through.

Western aid, delivered through governments, the IMF, World Bank and World Trade Organisation has already established the framework for private interests to feast on the former colonies.

The pigs have now been unleashed on the lucrative troughs at home, with the covid-19 feeding frenzy being just the latest example.

The West has long used Africa as the ideal example of corruption, obscuring the fact that they installed the despots leeching off the continent. Worse still the wealth that they are draining is both facilitated by Western institutions and ends up in Western banks and investments. There was never anything African about the corruption debilitating the continent. Africa is a victim of a politically and economically corrupt system enforced from outside to keep her on her knees. Now that the same logic has boomeranged back to the West we all understand it.

Britain has a bufoonish, populist leader drawn from the elite who somehow always manages to win from the economic devastation their policies cause for the poor. Such despots always manage to find billions for the military, whilst the people starve.

It took Marcus Rashford to get the government to find some spare cash to feed hungry children at Christmas when they had no problem spaffing plenty up the wall for the armed forces.

This regime was installed by a so-called democratic system that delivered 56% of parliament on just 43% of the vote. Selling off the public sector, outsourcing manufacturing and allowing the rich to loot the economy has left the nation overly dependent on the financial services sector, which is the main culprit in this disaster.

As there are no electoral checks and balances this gave the government five years of essentially free reign, including the impending jump off the Brexit cliff and severing the nation’s link to the economic block that sustains it.

There is something darkly comical about the nation turning itself into the very definition of the Banana republic: ‘a small country, that is poor, corrupt, and badly ruled’.