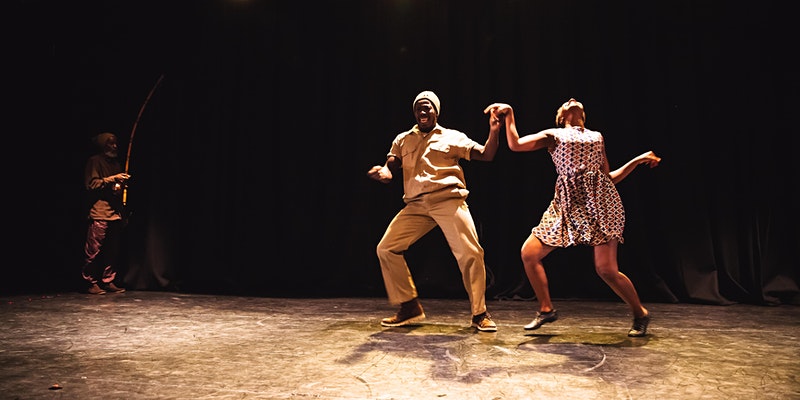 Unknown Soldier recounts the stories of the Black British War Veterans via the mediums of Dance, Music, Text and Visuals to create a captivating and engaging narrative of these untold stories. The work was supported in it early development by performances @ Shiftskg1, Afro Dance Xplosion, BHM Enfield Council and West Indian Association of Service Personnel Chairman Mr Vince Mcbeen. Following Arts Council funding the production has been reworked for an extended version performed by Theophilous Alade, Laverne Wynter, Yannick Mindu, Marvin Edwards which they will see.

Alison Ray MA, was trained at the Laban Center of Movement and Dance now Trinity Laban Conservatoire of Music and Dance. She has worked professionally for various choreographers from Europe, Africa and the UK. She has also worked for Peter Badejo (OBE), French African Choreographers Koffi Koko and George Momboye. While in Europe she worked for choreographer Maurice Bejart, as part of Beethoven’s 5th; Craig Revel Horwood for Euro-Disney’s “Legend of the Lion King” first cast. Also she has worked as Dancer /Choreographer for Contemporary dance choreographer Philippe Jamet and many more. Alison completed her MA of Choreography at Trinity Laban, and she works professionally as a Choreographer, Movement Director, Director, Teacher and Lecturer. She is presently creating the Unknown Soldier project, which tells the story of the Black British War Veterans through the interdisciplinary lens of Dance, Music, Text and images to engage, celebrate and honour the history of these men and women whose stories are sometime erased.

The event will be streamed on BCA YouTube channel exclusively for ticket holders.