Interview: Paul Gilroy: ‘I don’t think we can afford the luxury of pessimism’ 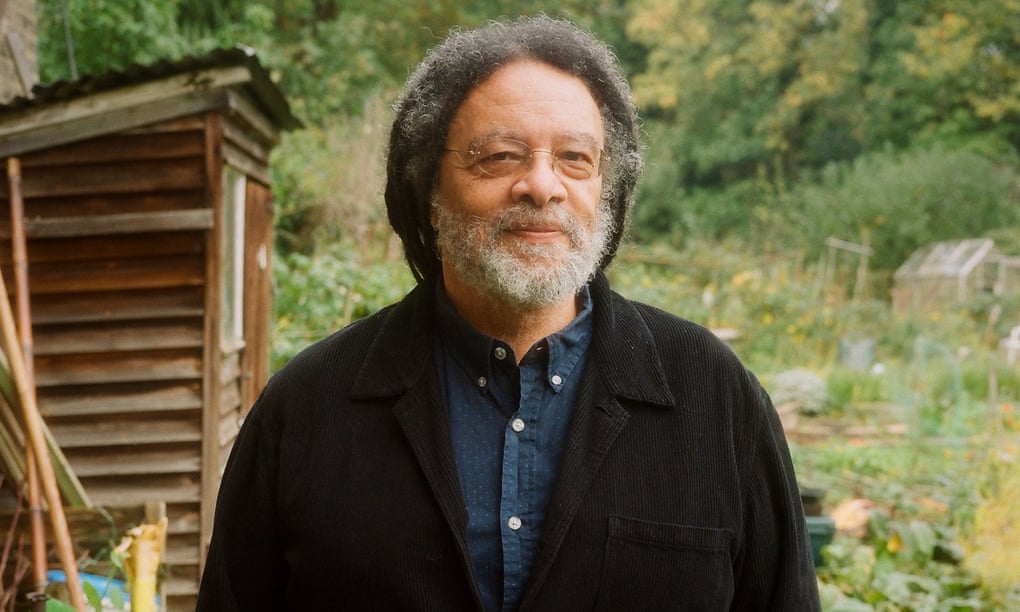 Paul Gilroy is a writer and academic specialising in Black British culture. His books include There Ain’t No Black in the Union Jack (1987) , Small Acts (1993), The Black Atlantic (1993) and After Empire (2004). He has taught at Goldsmiths, University of London and Yale, where he was the chair of the department of African American studies. He is currently director of the centre for the study of race and racism at University College London. Gilroy was awarded the 2019 Holberg prize for “his outstanding contributions to a number of academic fields, including cultural studies, critical race studies, history and African-American studies”.

I know that you are close friends with Steve McQueen, our guest editor. How did you meet?

I was teaching at Goldsmiths when he was a student there. One day, he knocked on my door with his friend, Desmond, another Black art student. He just wanted to talk and I was happy to do that. He kept on knocking on the door and he would bring his obsessions and his frustrations. I think that he was eager to be taken seriously in a way. It was clear in talking to him that we had interests in common and that he was a remarkable character.

He often speaks of himself as part of a continuum of Black artists, activists and writers who preceded and paved the way for him. I guess you would be included in that lineage
Well, I’m just 15 or 16 years older than Steve, so maybe it was more about the fact that, back then, there were not that many other people writing about Black British art. The fact that I was perhaps helped to make a space in which some of the things he wanted to do could be articulated.

In many ways, Steve’s Small Axe films, particularly Lovers Rock, seem to me to be an elegy for another time and another kind of Black British communal identity that seems suddenly very distant.
Yes, I agree. Demographically, the Caribbean population has shrunk and the dominant Black settler populations in Britain now are African people from different places, who arrived here under different conditions. Some, not all, arrived as refugees, some as middle-class people with more access to capital. So that generates a very different Blackness. It is more divided and more open to looking towards the US, and the generic forms of Black politics coming out of there, rather than being rooted in the aftermath of the slave experience.

The Black Lives Matter protests that followed the police killing of George Floyd in Minneapolis and then spread globally were seen by many as a moment of real change. Do you agree?
I really don’t know. It had to happen, but it does not guarantee anything for the future. I know there are people in the US who think that, because of what happened, we may be in the build-up to a new racial settlement there, a third reconstruction if you like, the first being after the civil war, the second the civil rights movement in the 1960s. I want to believe that is true, but I don’t have enough information to be able to judge that. What happens next is the issue. At the moment, it feels like fatigue and depression and apathy may be in the ascendant. I don’t want to be bleak, but, really, I don’t see the momentum of the spring and early summer being maintained.

In your book After Empire you posed the question, could there be a contemporary British multicultural identity? Given all that has happened since, that possibility seems much further away now than when you asked the question.
Yes, it does. There was a moment back then, when the reaction against the wars in Iraq and Afghanistan created an alignment based on the urgent need to articulate an alternative that was not subject to the traditional belligerence, that was not Americanised. That has faded. The discrepancy between what is going on here and the widespread and sustained protests in America is stark. Here, there is apathy, fatigue, frustration.

How do you feel about the explosion of post-BLM virtue-signalling from the corporate worlds of the art, media and fashion?
Well, the eager corporations and brands with their black squares and empty gestures might be enough to nudge some people who are looking for radical answers into the arms of the “alt-right”. More positively, it showed that some people in high places were watching the uprisings, that even corporate capitalism was listening. Maybe there are sources of hope and possibility in momentarily winning their attention, but I think it has its limits.

In America and Britain, there is the sense that the colonial past and, in particular, the slave trade, has not been engaged with in any meaningful way either culturally, historically or in terms of education. Is it possible to move forward politically without that happening?
No. And it’s not a case of looking for an apology because you are offended, it’s about looking through that history – colonialism, slavery – and familiarising yourself with it in all its intimate detail. The education system is broken from top to bottom and teaching the Tudors and the Nazis is never going to fix it. What’s exciting about Steve’s films, the Mangrove one in particular, is that they are an attempt to offer a historical transfusion that, in the present condition, can give younger viewers and mainstream viewers an alternative sense of what the history of this country might be over the last 50 years.

As someone who has written extensively about race and history, are you pessimistic for the future?
I don’t think we can afford the luxury of pessimism. I have been dispirited of late, but when I saw those young people out in the streets in the pandemic, with their masks on, spaced apart, announcing to the world that racism is a bad thing, it was inspiring and uplifting. That banner was taken up very widely and some of the people who took it up were very young. That is hopeful. The question is, can that mobilisation of people be the source of a movement that can carry this forward. That’s where my own pessimism bites me, because I don’t know if the technologies that get people into the streets are so good at keeping them there.