Archives and Icons: James Baldwin and the Practice of Celebrity by Robert Reid-Pharr 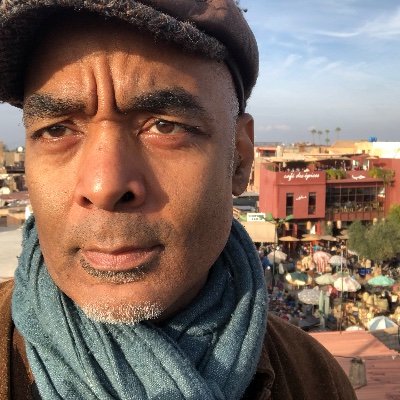 Robert Reid-Pharr delivered the 2019 James Weldon Johnson Memorial Lecture, on the topic, “Archives and Icons: James Baldwin and the Practice of Celebrity,” on October 29, 2019, cosponsored by the Department of African American Studies. Nancy Kuhl, Co-Curator of the Yale Collection of American Literature, introduced the event; Tavia Nyong’o; Professor of American Studies, African-American Studies, and Theatre and Performance Studies at Yale introduced Reid-Pharr.

Reid-Pharr earned his Ph.D. in American Studies and an M.A. in African American Studies from Yale University. He is Professor of Studies of Women, Gender, and Sexuality at Harvard University. He was previously a Distinguished and Presidential Professor of English and American Studies at the Graduate Center of the City University of New York. Before joining the Graduate Center he was an assistant and associate professor of English at the Johns Hopkins University.
A specialist in African American culture and a prominent scholar in the field of race and sexuality studies, Reid-Pharr has published four books: Archives of Flesh: African America, Spain, Post-Humanist Critique, Conjugal Union: The Body, the House, and the Black American; Black, Gay, Man: Essays; and Once You Go Black: Choice, Desire, and the Black American Intellectual.