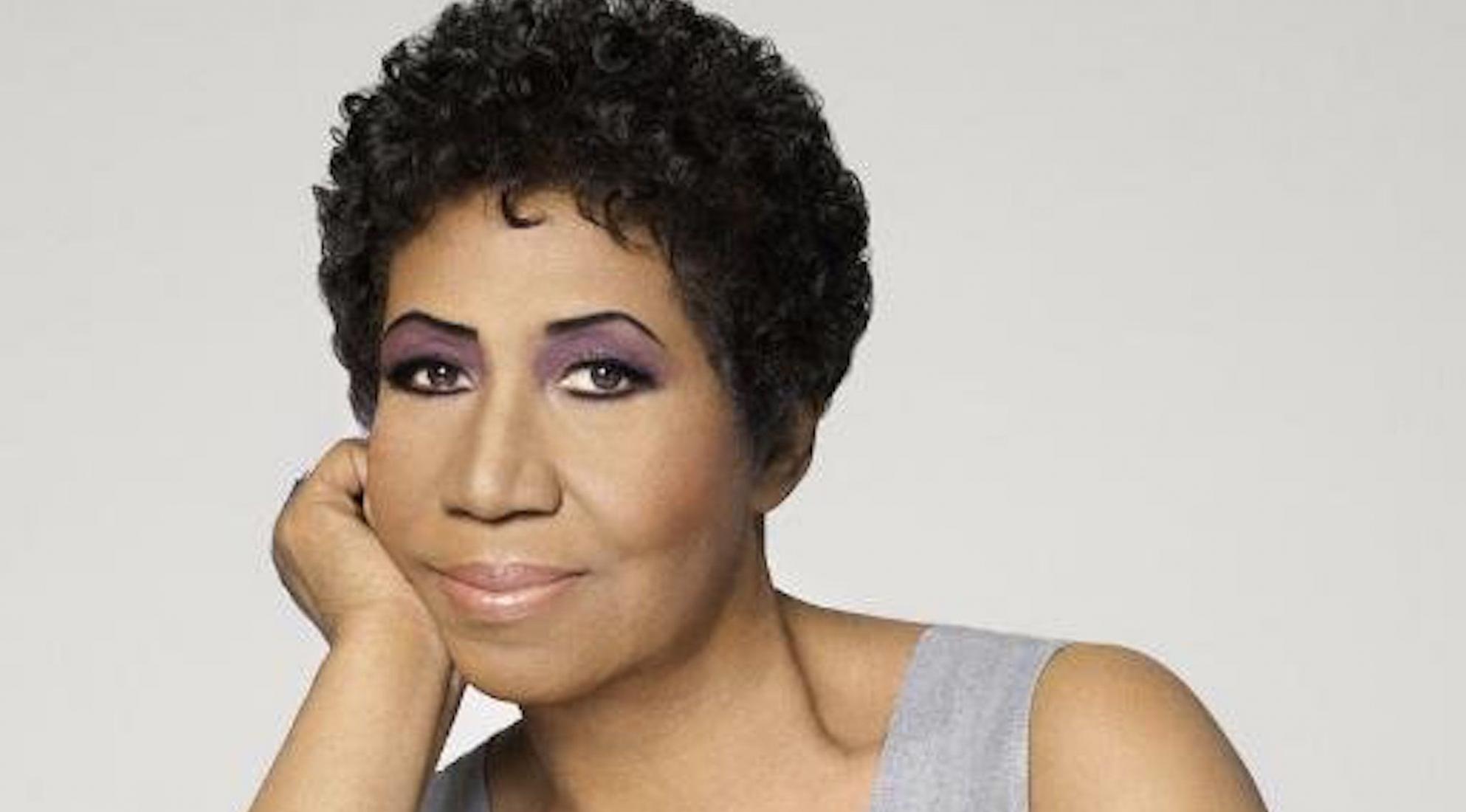 Franklin’s parents separated by the time she was six, and four years later her mother succumbed to a heart attack. Guided by C. L.’s preaching assignments, the family relocated to Detroit, Michigan. C. L. eventually landed at New Bethel Baptist Church, where he gained national renown as a preacher.

Franklin’s musical gifts became apparent at an early age. Largely self-taught, she was regarded as a child prodigy. A gifted pianist with a powerful voice, Franklin got her start singing in front of her father’s congregation.

The following is taken from arethafraklin.net:

She is both a 20th and 21st century musical and cultural icon known the world over simply by her first name: Aretha. The reigning and undisputed “Queen Of Soul” has created an amazing legacy that spans an incredible six decades, from her first recording as a teenage gospel star, to her most recent RCA Records release, ARETHA FRANKLIN SINGS THE GREAT DIVA CLASSICS.

Her many countless classics include “(You Make Me Feel Like) A Natural Woman,” “Chain Of Fools,” “I Never Loved A Man (The Way I Love You)”; her own compositions “Think,” “Daydreaming” and “Call Me”; her definitive versions of “Respect” and “I Say A Little Prayer”; and global hits like “Freeway Of Love,” “Jump To It,” “I Knew You Were Waiting (For Me),” her worldwide chart-topping duet with George Michael, and “A Rose Is Still A Rose.”

The recipient of the U.S.A.’s highest civilian honor, The Presidential Medal Of Freedom, an eighteen (and counting) GRAMMY Award winner – the most recent of which was for Best Gospel Performance for “Never Gonna Break My Faith” with Mary J. Blige in 2008 – a GRAMMY Lifetime Achievement and GRAMMY Living Legend awardee, Aretha Franklin’s powerful, distinctive gospel-honed vocal style has influenced countless singers across multi-generations, justifiably earning her Rolling Stone magazine’s No. 1 placing on the list of “The Greatest Singers Of All Time.”

Marking a glorious reunion with music industry legend Clive Davis (Chief Creative Officer for Sony Music Entertainment) – with whom she worked for the longest period of her recording career, twenty-three years at Arista Records (1980-2003) – Aretha continues her time-honored tradition of creating new music that is innovative, vital and fresh. With the 2014 release of ARETHA FRANKLIN SINGS THE GREAT DIVA CLASSICS, Aretha put her indelible stamp on ten songs previously recorded by other female artists – and in her own inimitable way (as she has time and time again), she makes each one her own.

The result is simply stunning: introducing her brilliant gospel-fired makeover of Adele’s “Rolling In The Deep” (with a wonderful musical bridge from the Motown classic, “Ain’t No Mountain High Enough”) on The David Letterman Show, Aretha received an immediate standing ovation and within a week, the track had received over two million views on Vevo.

“Mr. Davis came to me with the idea,” says Aretha. “He suggested some of the artists and songs which included many that I myself enjoyed. We both agreed that there was a whole new generation who may never have heard the original recordings.”

Noting that she is “absolutely thrilled with the whole CD and very happy with the work I put into it,” Aretha shares her thoughts on the ten tracks that comprise her remarkable 45th album (excluding compilations):

“AT LAST” (Etta James, 1961) “I met Etta briefly but I didn’t know her that well but I remember this song from when I was coming up – it’s one of the great soul tunes of our generation with such a memorable melody.”

“ROLLING IN THE DEEP” (Adele, 2010): “I think Adele is a very fine writer, she’s a heavy writer. I love the way she says things in a different way. I had to really ponder doing this song: I listened to its lyrics and I thought, ‘Adele doesn’t take any mess, straight up!’ We came up with putting in that section from “Ain’t No Mountain High Enough” – which is a fabulous Ashford & Simpson song. I’ve always loved the refrain that Diana Ross did on it.”

“MIDNIGHT TRAIN TO GEORGIA” (Cissy Houston, 1972; Gladys Knight & The Pips, 1973): “Gladys and I came up together when we were both teenagers, performing at places like the Royal Peac*** in Atlanta with artists of the day like Sam Cooke, Jackie Wilson and Jesse Belvin. We’ve always had mutual respect and when I recorded this track, I had big fun – I became a ‘Pip’ dancing and moving at the microphone!”

“I WILL SURVIVE” (Gloria Gaynor, 1978): “A great song and a super performance by Gloria. Although we’ve never met, I read Gloria’s autobiography so I learned more about her and the song which is perfect when one is going through trying times. We added that piece of “Survivor” – that’s my granddaughter’s favorite song and one of mine.”

“PEOPLE” (Barbra Streisand, 1964): “I first recorded it 1964 myself for an LP when I was at Columbia Records. Barbra and I were budding young artists at Columbia at the same time. We actually never met until a few years ago and she was very gracious. I love the way this new recording came off – it was just natural for me and we did it in two takes.”

“NO ONE” (Alicia Keys, 2008): “Alicia has some really great contemporary ideas and she suggested to Mr. Davis that we give it a reggae feel and that’s the first time I’ve ever recorded something like that. I love that she brings an old school flavor to what she does.”

“I’M EVERY WOMAN”/ “RESPECT” (Chaka Khan, 1978; Whitney Houston, 1992/Aretha Franklin, 1967): “Another great song from Nick Ashford & Valerie Simpson – indicative of how many women feel! Love it. It was the producer (Terry Hunter) who came up with including “Respect” and why not….it’s a soul classic!”

“TEACH ME TONIGHT” (Dinah Washington, 1954): “I chose this song. I remember Dinah came to our house in Detroit when I was just a little kid. I remember peering down the railings at the top of the stairs at her! I met her later on and I heard a lot of her music coming up. I recorded an album in tribute to her in 1964 and Dinah, she could sing period. This song reminds me of when I used to go to the Arcadia roller rink and they would play this ‘for couples only’ and I had my (nameless) teen crush!”

“YOU KEEP ME HANGIN’ ON” (Diana Ross & The Supremes, 1967): “I told (Motown founder) Berry Gordy Jr., ‘you have no idea how much money you owe me!’ I used to buy all those Motown records. I’m not just an artist, I’m a consumer! Motown was about a mile away from my home in Detroit in the ‘60s and I knew most of the artists and producers. This is a song I always liked – so well written and produced and on this version, I got to play a little piano.”

“NOTHING COMPARES 2 U” (Sinead O’Connor, 1990): “I had a super time working with Andre 3000 – we got right down to business with this track! I originally had a slower interpretation of it in mind but we did a 180-turn around on it and took it uptempo, gave it a refresh. When I heard what he came up with, I went with the feel he had created and it reminded me of my early days when I performed with some of the jazz greats like John Coltrane and Charlie Mingus.”

Celebrating having her 100th R&B-charted single with “Rolling In The Deep (The Aretha Version),” making her the first woman and fourth artist in history to have done so, Aretha says, “I recorded it in between doing shows on the road so it was hectic – and I’m very happy with everything on this project. Working with Mr. Davis again – well, there’s nothing like it. We’re a perfect match: he’s very genuine and there’s mutual respect. He’s not just another chieftain – he cares. The producers were all great.

Adding another magnificent jewel to her crown and her catalog of timeless music, Aretha expresses the kind of joy usually experienced by first-time recording artists, noting: “I’m truly having a lot of fun and I’m bowled over by the response to this album. It’s truly very, very, very exciting!”

Aretha takes her seat with the ancestors

On August 12, 2018, it was reported that a “gravely ill” Franklin was bedridden in her Detroit home, surrounded by family and friends. As news of her condition spread, more luminaries paid a visit to express their well wishes, including Wonder and Jesse Jackson.

Four days later, on the morning of August 16, Franklin succumbed to her illness, which her family revealed to be pancreatic cancer.

A public viewing was held later that month at the Charles H. Wright Museum of African American History in Detroit, with fans camping out overnight for the chance to pay their respects to the iconic singer. Her televised funeral was set to be held at the city’s Greater Grace Temple on August 31, with Wonder, Khan and Hudson among the scheduled performers, and Jackson, Clinton and Smokey Robinson highlighting the list of speakers.