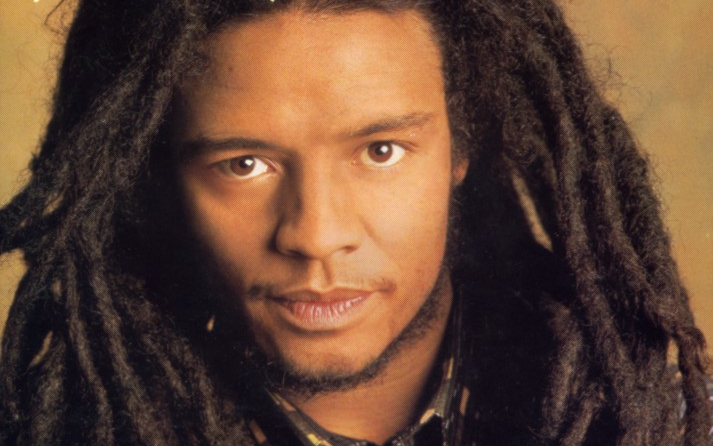 Maxi is the eighth of nine children, born to parents who had moved from Jamaica to the U.K. several years before his birth. His mother was active in the Pentecostal church, and the family grew up singing gospel music together. Max would later convert to Rastafarianism, at which point he changed his name to Maxi Priest. He was working as a carpenter when he was invited to build speaker boxes for the prominent Saxon International sound system. It wasn’t long before his contacts there discovered that he could sing as well, and soon he was participating in live dancehall shows; in 1984, he and Paul “Barry Boom” Robinson also co-produced Phillip Levi’s “Mi God Mi King,” the first U.K.-born reggae single to hit number one in Jamaica.

Maxi signed with Virgin Records and released his debut album, You’re Safe, in 1985. A more traditional reggae set than his subsequent releases, it featured production by Robinson and live instrumental backing from the band Caution, and spun off the U.K. hit In the Springtime. His 1986 follow-up, Intentions, featured two more U.K. successes in Strollin’ On and the Van Morrison cover Crazy Love. However, it was 1988’s Sly & Robbie-produced Maxi Priest that ranked as his true breakthrough; his Top 30 cover of Cat Stevens’ Wild World gave him his first American hit, and another cover, Robert Palmer’s Some Guys Have All the Luck, kept his hit streak alive in the U.K. Elsewhere, he embraced slinky lovers rock grooves to a greater extent than ever before, and even made a rare detour into social consciousness with the Beres Hammond duet “How Can We Ease the Pain?”

Now hugely popular in the mainstream music scene within the U.K., and on his way in the U.S., Maxi recorded what would become his biggest-selling album, Bonafide. Released in 1990, it climbed up the charts by virtue of the steamy, Soul II Soul-influenced single Close to You, which went all the way to number one on the American pop charts. Follow-ups Just a Little Bit Longer and Space in My Heart failed to duplicate its success Stateside, although Peace Throughout the World and Human Work of Art were both popular in Britain. The hits collection Best of Me was rushed out in 1991, not long after Maxi teamed with Shabba Ranks for the dance-club hit House Call, and not long before another Maxi duet, the Roberta Flack collaboration Set the Night to Music, climbed into the U.S. Top Ten. Nonetheless, Maxi‘s next album, 1992’s Fe Real, was a solid outing but a commercial disappointment; neither of the American singles, Groovin’ in the Midnight or the Shaggy duet One More Chance, made much of an impact either. After a supporting role in the movie Scam, Maxi took a sabbatical from recording for a few years to concentrate on launching his own U.K. label, Dugout.

Maxi returned in 1996 with Man with the Fun, the most crossover-oriented album in his catalog to date. It spun off a Shaggy duet, That Girl, which hit the U.K. Top 20. Despite its dancehall flavor, much of the album found Maxi moving away from the lovers rock that had made his name. That trend continued on 1999’s CombiNation, which focused predominantly on hip-hop and smooth soul balladry. Duet singles, guest appearances, and a 2003 U.S. tour with Joan Osborne, Bootsy Collins, and Motown’s the Funk Brothers took the singer to his 2004 album 2 the Max. It was followed in 2007 by the album Refused, while 2008 saw him hit the road with UB40 and collaborate with the band on the single Dance Until the Morning Light. In 2012 the Maximum Collection set rounded up both his global and Jamaican singles, and two years later, the album Easy to Love arrived on the VP label with Sly & Robbie and Beres Hammond among its guests.