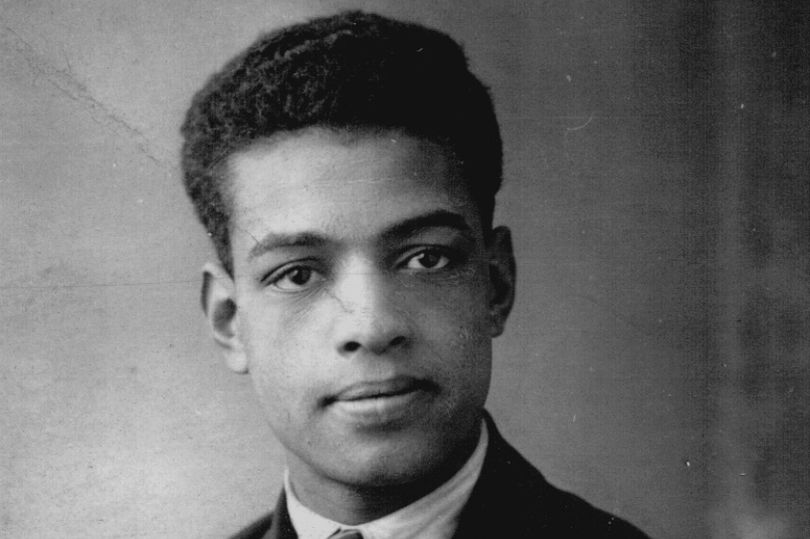 Inside a pub on a now-lost estate near Hulme 65 years ago, a boxer took a public stand against racism and bigotry. Len Johnson walked inside with friends and ordered a round of drinks at the bar. He was refused because of the colour of his skin.

Police were called to the Old Abbey Taphouse pub on the Greenheys estate between Hulme and Moss Side on September 30, 1953, and they were all thrown out.

As word spread, activist Len channeled his anger to bring about change.

He launched a campaign and enlisted the help of the then Lord Mayor of Manchester, and the Bishop of Manchester, and over the course of the next three days, more than 200 people, black and white, gathered to take part in a demonstration outside, standing together against the licensee’s ban.

Eventually it was overturned and Len – who was teetotal – was invited inside and sat down to share a drink with the publican.

Len’s victory inspired others and fuelled the drive to end the so-called ‘colour bar’ policies of the era, both across Manchester and the country.

His story isn’t as well known here as it should be.

But a new research project being carried out by historians in collaboration with the pub aims to shed light on his life and celebrate his contribution to race equality.

Commemoration ideas include an annual ‘drink to Len’ at the Old Abbey, which re-opened in October 2016 and stands surrounded by Manchester Science Park as the last remaining building of the old Greenheys estate. A re-enactment of the demonstration of 1953, complete with actors, is also being discussed.

Stuck on a wall inside the pub there’s a tribute of press cuttings and photos of Len to mark his stand.

Historians Geoff Brown and Dr Shirin Hirsch, from Manchester Metropolitan University and the People’s History Museum, have been holding workshops inside the pub on Len and the colour bar – an unwelcome relic of colonialism.

Shirin said: “The colour bar was a policy that meant black and Asian people were stopped from entering pubs, bars, restaurants and where landlords refused to rent to particular immigrants.

“In the post-war period, when more immigrants began to come into Britain, a growing confidence developed among a community of black and Asian residents who demanded to be treated equally.

“There were protests outside ballrooms and different sites where the colour bar existed. Len was an amazing communist activist in Manchester but he is not well remembered, publicly, at any rate. We want to recognise and celebrate him in the Old Abbey Taphouse.”

The son of a former sailor and engineer from Sierra Leone and an Irish woman, Len was born in 1902 and grew up in working class Clayton, long before the Windrush docked.

His father was a boxer and a young Len followed in his footsteps, eventually becoming one of Britain’s greatest fighters.

The young middleweight dominated the British and European divisions and was recognised as one of the best boxers in the world – but regulations of the time stipulated title contenders had to have two white parents and so Len was prevented from a title shot by the ‘colour bar’.

He travelled to Australia in 1926, where he won the British Empire belt, but when he came back to Britain the authorities refused to recognise his achievement.

Simply because of the colour of his skin, Len’s career was crushed – an injustice that caused anger in Manchester’s press.

Disillusioned with the authorities, he retired as a professional and toured the country fighting in the so-called boxing booths of the era, staging up to 14 fights a day in his own travelling show.

After serving in the Second World War Len became a prominent local left-wing and anti-racism activist. A friend of the great American campaigner and actor Paul Robeson, he also helped organise and attended the 5th Pan African Congress, which was held in Manchester.

Shirin said she believes Len, who lived and campaigned in nearby Moss Side, walked into the pub to make a point and raise the issue.

“He was winning big bouts but there was a colour bar in official boxing institutions,” she said.

“He was stopped from entering contests.

“In Manchester a vibrant political scene developed in the 1940s onwards, straight after the Second World War. The colour bar was challenged.

“There had been labour exchange protests, resisting separate queues for jobs in Manchester for whites and non-whites.

“The Old Abbey was not the only pub in Manchester with a colour bar but his was a hugely successful and symbolic campaign. It is important to remember.

“We remember Martin Luther King and the civil rights movement in America, but there were people like Len Johnson in Manchester.

“His protest at the pub showed anti-racist solidarity developing within the working class. It showed that people were not going to accept the colour bar. It inspired other protests.

“Colonialism was a system that shaped the workings of our own cultural venues in Britain.

“It’s certainly a dark history but we have to confront that past, especially with the growth of the far right across Europe.”

The Race Relations Act of 1965 made racial discrimination in public places unlawful in a direct response to the colour bar, with the legislation strengthened even further over the following years.

Despite his talents, strong convictions and standing in the community, Len was widely known as an unassuming man who worked for many years as a bus driver, then a lorry driver.

If you have memories of Len, the pub or the history of anti-racism against the colour bar in Manchester email Shirin at [email protected]

For further details on the history of the Old Abbey Taphouse on Guildhall Close, visit its website here.