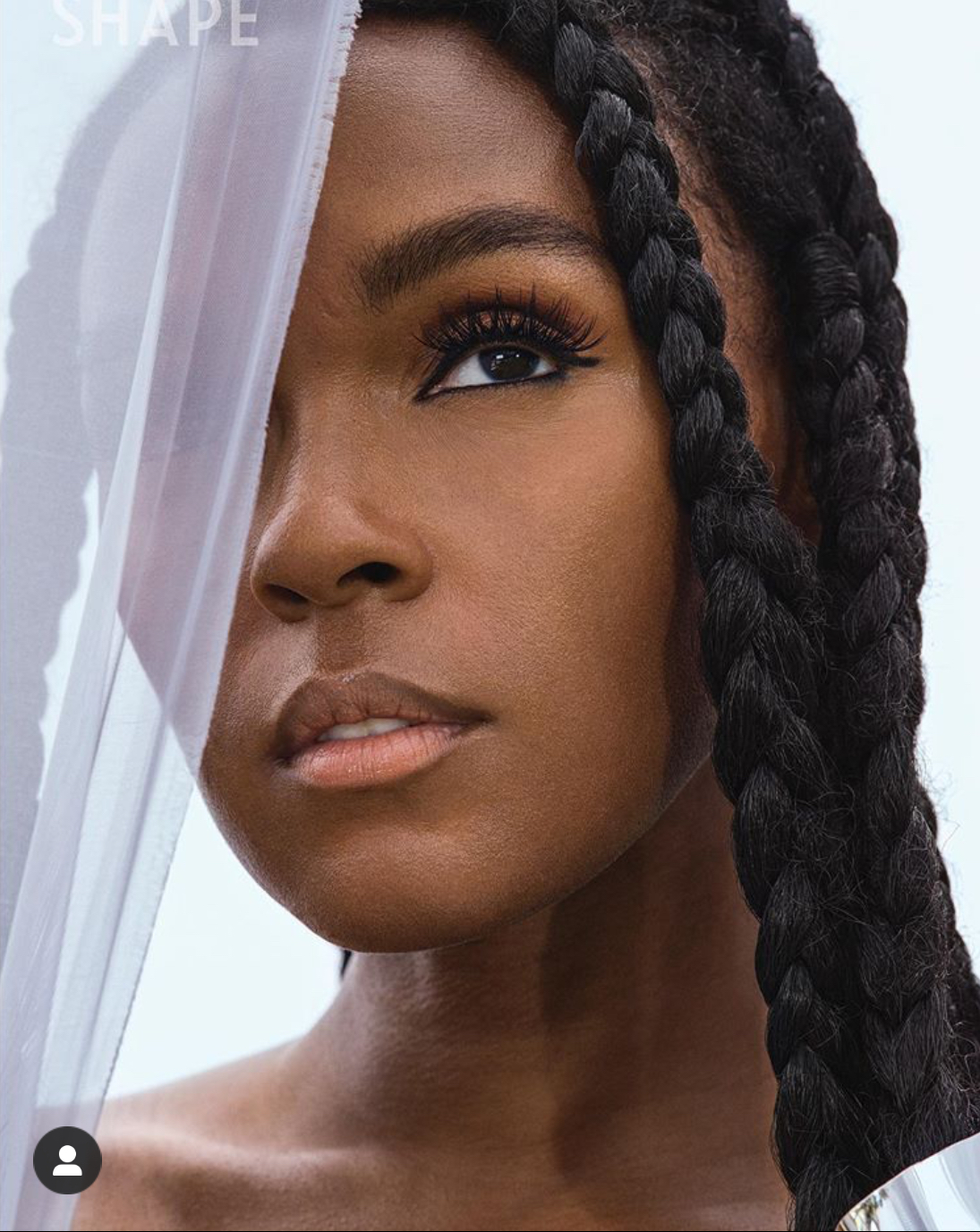 Her mother was a janitor and her father was a garbage truck driver who struggled with drug addiction throughout Monáe’s childhood. “I come from a very hard working-class family who make nothing into something,” she says. Monáe’s hardscrabble background and early understanding of the perils of drug addiction inspired her intense drive to succeed.

“I’ve never forgotten where I come from,” she says. “It’s crazy, but I really want to be the one to show everyone back home that it can be done. And not by selling drugs but by being passionate about the right thing—and the right things will come your way.” She pays homage to her parents with a signature black-and-white tuxedo she wears for every performance. “I call it my uniform,” she explained. “My mother was a janitor and my father collected trash, so I wear a uniform too.”

From a very young age, Monáe distinguished herself as a highly artistic and intelligent child. She stood out as a singer at the local Baptist church and appeared in local productions of musicals such as The Wiz and Cinderella. In addition to singing and performing, Monáe was also a precocious young writer. She joined Kansas City’s Coterie Theater Young Playwrights’ Round Table and wrote several full-length plays and musicals. One script, completed when she was only 12 years old, told the story of a boy and girl who compete for the love of a plant—an idea inspired by Stevie Wonder’s 1979 album Journey Through the Secret Life of Plants. “I was infatuated with photosynthesis,” she offered by way of explanation.

After graduating from F.L. Schlagle High School in Kansas City, Monáe received a scholarship to study musical theater at the American Musical and Dramatic Academy in New York City, where she was the only Black woman in her class. However, Monáe quickly dropped out of the Academy because she felt creatively stifled. “I wanted to write my own musicals,” she recalled. “I didn’t want to have to live vicariously through a character that had been played thousands of times—in a line with everybody wanting to play the same person.”

After dropping out of school, Monáe moved to Atlanta, Georgia, where she lived in a boarding house with five other women and took a job working at an Office Depot. She self-produced a demo CD entitled Janelle Monáe: The Audition and relentlessly toured local colleges to perform and promote her music. It was on one such tour that Monáe met two like-minded young songwriters, Chuck Lightning and Nate Wonder. The three of them soon founded the Wondaland Arts Society, a record label and artists’ collective to promote innovative music and art.

Monáe’s big break came in 2005, at the age of 20, when she performed Roberta Flack’s “Killing Me Softly With His Song” at an open mic night. Big Boi, one half of the famous hip-hop duo OutKast, was in the audience and was thoroughly impressed with Monáe’s performance. He featured Monáe on two tracks, “Time Will Reveal” and “Lettin’ Go,” from the hip-hop group Purple Ribbon All-Stars’ album Got Purp? Vol. II, released later that year. A year later, in 2006, OutKast featured Monáe on two more songs, “Call the Law” and “In Your Dreams,” from its popular and acclaimed album Idlewild.

‘Metropolis: Suite I (The Chase)’

After her work on Idlewild, Monáe set out to create her own music with the help of her two partners in the Wondaland Arts Society. Her 2007 EP, Metropolis: Suite I (The Chase), attracted the attention of the famous producer Diddy (Sean “Puffy” Combs), who signed Monáe to his Bad Boy Records label and released and promoted the EP. In an interview with MTV, Diddy said, “I was looking for things that were different and innovative. Because if you’re a leader in this industry you want to be helping to push it forward, and she’s an artist that would help to push it forward.” Metropolis: Suite I (The Chase) reached No. 115 on the Billboard Album Charts, and its lead single, “Many Moons,” received a Grammy nomination for Best Urban/Alternative Performance.

In 2010, Monáe released her debut full-length album, The ArchAndroid, which peaked at No. 17 on the Billboard U.S. album chart and featured the singles “Cold War” and “Tightrope.” Based loosely on the 1927 German expressionist film Metropolis, which depicts a dystopian futuristic world, The ArchAndroid is a concept album about a robot named Cindi Mayweather in the year 2719. The album is at once a futurist sci-fi story and an allegory of the history of Americans of African descent.

“The android represents a new form of the Other,” she says. “And I believe we’re going to be living in a world of androids by 2029. How will we all get along? Will we treat the android humanely? What type of society will it be when we’re integrated? I’ve felt like the Other at certain points in my life. I felt like it was a universal language that we could all understand.” The ArchAndroid received rave reviews and earned Monáe another Grammy nomination for Best Contemporary R&B Album.

With her beautiful and powerful voice and boundless creativity, Monáe became a rising star in contemporary R&B. After only having released her debut album, she received two Grammy nominations and counted Diddy, Big Boi, Bruno Mars, Prince and—reportedly—President Barack Obama among her admirers. “People that worked in his campaign have told us he is very aware of me,” she said of the president. “He’s a fan.”

In 2013, Monáe released her second album, The Electric Lady, which also received rave reviews. The album stays consistent with the theme of her debut, taking listeners on a musical journey alongside Cindi Mayweather. The album, which featured appearances by fellow respected R&B artists such as Miguel, Solange, Prince and Erykah Badu, did better than its popular predecessor, peaking at No. 5 on the Billboard Top 200. Monáe also gained recognition at the 2013 Billboard Women in Music event, having been given Billboard’s Rising Star Award. She also made her debut as a musical guest on Saturday Night Live in October 2013.

Perhaps what most distinguishes Monáe from other young stars is her commitment to creating challenging music. “I feel like I do have a responsibility to the community,” Monáe said. “The music that we create is to help free their minds and, whenever they feel oppressed, to keep them uplifted. We want the music and the vision that we have to be their choice of drug, if you will. So we need a manifesto. If we want to stay on message, we have to believe in what we’re fighting for, and we do.”

In February 2015, Monáe’s label Wondaland Arts Society announced a joint venture with L.A. Reid’s Epic Records to promote her artists, starting with the March release of Wondaland Presents: The Eephus, which features tracks by Jidenna, Roman, St. Beauty, Deep Cotton and Monáe. Billboard magazine called Monáe “a mini-mogul,” recognizing her business acumen and artistry in running her own label.

In late February 2018, Monáe released two new singles, the Prince-influenced “Make Me Feel” and “Django Jane.” Her next single, “PYNK,” a collaboration with Grimes, debuted in April; a few weeks later, her long-awaited third studio album, Dirty Computer, was released and accompanied by a short film she called an “emotion picture.”

Monáe later earned a Best Music Video Grammy nomination for “PYNK,” as well as an Album of the Year nod for Dirty Computer. Although she didn’t win in either category, she delivered one of the standout performances of the night at the 2019 awards ceremony.

Underscoring her sense of responsibility, Monáe delivered a powerful speech at the 2018 Grammys. “We come in peace but we mean business. And to those who would dare try to silence us. We offer two words: Time’s up,” she said, referencing the movement for equality that rose in the wake of the sexual assault allegations roiling Hollywood.

Weeks later, Monáe addressed the longstanding rumors about her sexuality in an interview with Rolling Stone. She said that she considers herself to be pansexual, attracted to people regardless of gender identity.

“Being a queer Black woman in America, someone who has been in relationships with both men and women, I consider myself to be a free-a– motherf—–,” she told the magazine.

After voicing a character for the animated feature Rio 2 (2014), Monáe appeared in the flesh in the critically acclaimed drama Moonlight (2016). She then starred as Mary Winston-Jackson in the 2016 biopic Hidden Figures, which follows the lives of a small group of African-American women who worked as aeronautical engineers at NASA during the Space Age.

In 2019, Monáe provided voice work for two more films, UglyDolls and Lady and the Tramp, and appeared in the Harriet Tubman biopic Harriet. The following year, she replaced Julia Roberts as the series lead for season 2 of the Amazon thriller Homecoming.