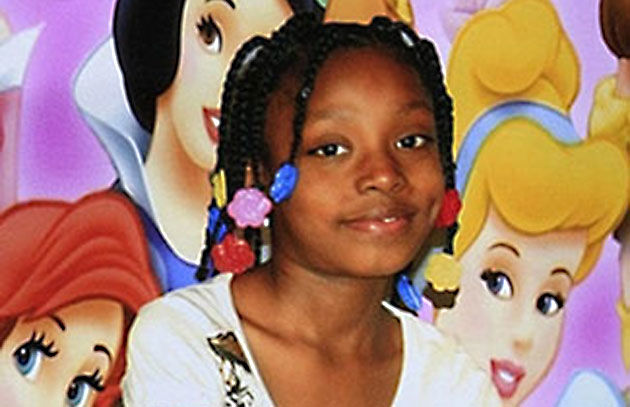 After throwing a deafening and blinding “flashbang” into a home, police mistakenly shot and killed a sleeping seven-year-old girl.

Seven-year-old Aiyana Jones was sleeping on the couch next to her grandmother, Mertilla Jones, in their Detroit, Michigan (USA) home when a SWAT team threw a flashbang through the window, which landed on her blanket.

Seconds after entering the house, where the grenade had caused Aiyana’s blanket to catch fire, Officer Joseph Weekley fired one fatal shot. It went straight through the child’s head. Weekley said it was an accident and accused Jones of wrestling with his gun immediately as he entered the abode, causing the fatal shot.

Jones was arrested, and she and two other family members – Aiyana’s parents – were forced to sit in their child’s blood for hours, Scott said.

In the witness box in September, Jones said: “I’m laying there screaming, asking someone to help my granddaughter because he shot her in the head. And he wouldn’t even help her. They turned on the lights and saw that she had been shot.”

Jones broke down during testimony and had to be escorted out amid sobbing after addressing Weekley – who was also in the courtroom – directly.

“She was only a baby, man. She was sleeping and I told you all ‘Let me get my granddaughter’, and you didn’t give me a chance. Why you do this to me?

The entire botched nighttime raid was captured on camera by crews from the A&E show The First 48.

That tape never aired, but it was used as evidence in Weekley’s two trials for Aiyana’s death.

Final charges against Joseph Weekley, a police officer who shot dead a 7-year-old girl, Aiyana Stanley-Jones, in Detroit in May 2010, were dismissed on Friday, leaving a family bereft and raising serious concern among national groups over an increasingly militarized police force.

In an echo of deaths at police hands that rocked the US last year, including those of Michael Brown in Ferguson, Missouri, and Eric Garner in New York, Officer Weekley is white and Aiyana was black.

Juries twice failed to reach a verdict in Weekley’s case, first in June 2013 and then in October 2014. In October, judge Cynthia Gray Hathaway dismissed a charge of involuntary manslaughter, citing a lack of evidence, leaving a family bereft and raising serious concern among national groups over an increasingly militarized police force.

On Friday, Hathaway dismissed a lesser second charge, of reckless use of a firearm. The dismissal was at the request of Wayne County prosecutor Kym Worthy, who called the decision, which by law cannot be appealed, “unfortunate”.

“Weekley doesn’t have to pay but the family that lost a child has to pay,” said Ron Scott, a spokesman for the family, shortly after attending the dismissal hearing. “I think it’s abominable. I think it’s evil. I think it’s one of the lowest things I have ever seen.”

In an echo of deaths at police hands that rocked the US last year, including those of Michael Brown in Ferguson, Missouri, and Eric Garner in New York, Officer Weekley is white and Stanley-Jones was black.

Scott said a civil suit had been filed and an appeal made to US attorney general Eric Holder to pursue a case for the violation of Aiyana’s civil rights.

The city of Detroit has settled a lawsuit with the family of a girl shot and killed by a Detroit police officer nine years ago. Jones family attorney Geoffrey Fieger and the city of Detroit confirm they’ve settled the case for $8.25 million.The case had been set to go to trial next week. The Detroit City Council needs to approve the settlement.