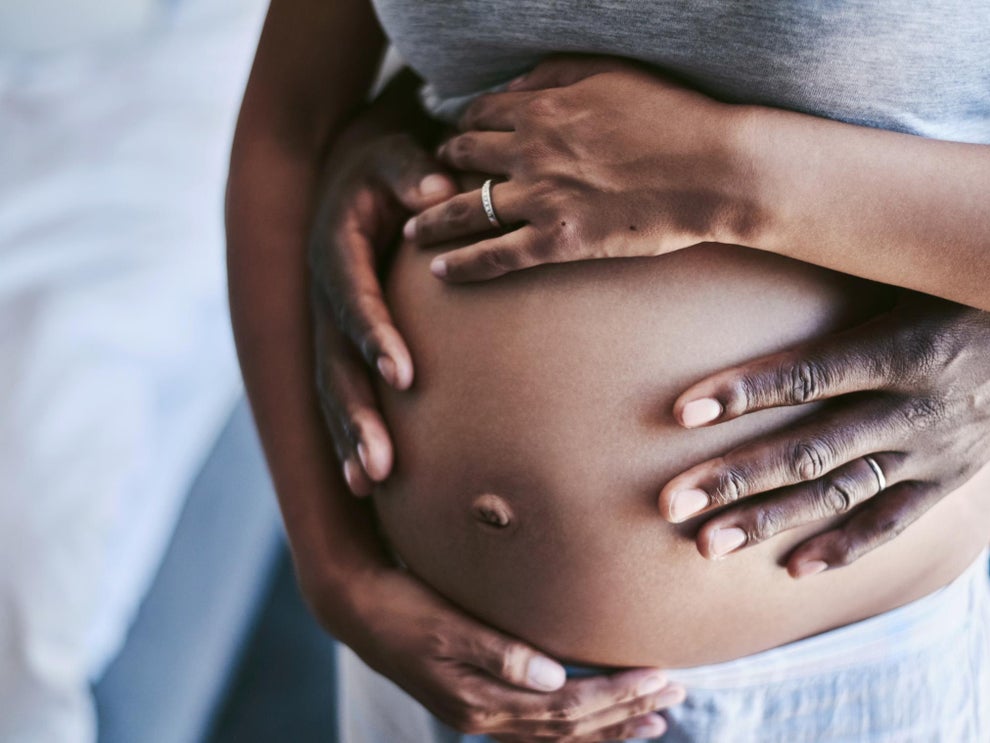 In 2018, Serena Williams gave birth to her first child via caesarean section. The day after the birth, the world-number-one tennis player became breathless and told doctors she believed she had developed a pulmonary embolism (a blood clot on her lungs), which she has a history of. She later described how she had to plead with her medical team for a CT scan, which showed she was correct. The blood clots could have been fatal if not treated.

Nine months later, Beyoncé opened up about her experience of pre-eclampsia when she was pregnant with her twins, Rumi and Sir. Her babies were delivered via emergency c-section, and had to stay in intensive care for weeks. Despite being two of the most successful women in the world, their stories resonate with black mothers everywhere.

Rachael Buabeng, founder of Mummy’s Day Out, a community for black women to network and share experiences, had a pregnancy plagued by hyperemesis gravidarum (nausea and vomiting which can lead to reduced fetal growth) and a difficult childbirth. She describes how her husband had to advocate for her when she was not offered alternative pain relief after declining an epidural; she went on to deliver her baby without the midwife in the room.

“The midwife said the baby wouldn’t come for another nine hours. So she left the room and the baby came, with the midwife nowhere to be seen,” she tells The Independent. “Luckily, my husband screamed and people came to help but they were asking my name as my baby was coming. They hadn’t met me before. I didn’t really realise how bad it was until after.”

In the United States there are similar racial disparities in its maternal deaths with black and indigenous Americans being two to three times as likely to die of pregnancy related causes. The data confirms what black women have known for decades; pregnancy is at best challenging and at worst may be fatal.

The 2019 statistics were so appalling that they could no longer be ignored; BBC Woman’s Hour featured a special episode on the issue and a parliamentary petition was launched in March 2020, in the hope that there would be greater government support in tackling the root causes.

Despite the petition reaching 180,000 signatures, it is still awaiting debate, and the deaths of black mothers continue. Pregnant nurse Mary Agyeiwaa Agyapong died on 12 April shortly after delivering her baby son. The coroner ruled that the 28-year-old nurse died as a result of Covid-19, and giving birth.

Medical professionals have long assumed the death rate can be explained by pre-existing conditions amongst black women such as high blood pressure, or the higher prevalence of complications such as pre-eclampsia. Rather, research from the US points to a more complex picture. The likeliness of an adverse outcome for someone like myself – a black, healthy, middle-class professional – increases, rather than decreases. So what is really happening?

For years black motherhood has been presented in an unfavourable light, both in popular culture and academic circles. Studies have shown the media uses “concern for children as a rhetorical tool to define poor and minority women as bad mothers,” and statistics show black children are overrepresented in the care system, making up 16 per cent of all looked-after children and young people. This is despite society being built on the care services of black women; 20 per cent of black African women work in the health and social care sector often in lower paid jobs that require longer shift patterns.

US academic, Dorothy Roberts in her book Killing the Black Body: Race, Reproduction and the Meaning of Liberty describes how stereotypes of black motherhood persist, from “welfare queens”, who are presented as “immoral, neglectful, and domineering” to “hypersexual” women that are accused of “overbreeding”. In the UK, the media has routinely linked households with single black mothers to increasing youth violence and London’s knife crime epidemic; with little regard for the other structural factors at play.

Black women are categorised according to a white perspective; they are not believed, this notion of them having a higher threshold for pain…”

In March, the Royal College of Obstetrics and Gynaecology (RCOG) hosted an event entitled ‘We need to talk about race’ for International Women’s Day, following an article of the same name written by obstetrician Dr Christine Ekechi. The RCOG event was well attended, yet there was a noticeable absence of white healthcare professionals.

At the event, Dr Ekechi shared her own powerful experiences of navigating the health system as a black woman whilst sharing those of other women who had felt “dismissed” by healthcare professionals or reduced to “complainers”. A phenomenon also written about by Candice Braithwaite, author of bestseller, I am Not Your Baby Mother.

Janet Fyle, a senior midwife and professional policy advisory, is adamant that underlying prejudice among midwives is a crucial factor in the deaths of black mothers: “Black women are categorised according to a white perspective; they are not believed, this notion of them having a higher threshold for pain and these biases mean that we miss serious conditions or the opportunity to escalate serious changes in the woman’s condition in a timely way.”

Fyle says this goes back as far as when people are studying medicine. “They practice as students on white women and with no opportunity to understand differences,” she says. “People are getting things wrong because they are not culturally competent, for example, doctors, nurses and midwives have the standard patient profile in their heads as being a woman who is blonde, blue eyes and size 12. It’s everything about the concept of medicine.”

The problem isn’t exclusive to women’s experience of childbirth either: the RCOG has highlighted racial disparities within gynaecology services, including the late diagnosis of gynecological cancers and lower uptake of cervical screening amongst black women.

In the age of social media, younger midwives are seizing the opportunity to educate their peers on the gap that exists in the midwifery curriculum. Georgia and Sheridan, both 26, are both registered independent midwives who co-founded the My Midwife Initiative which encourages reflective practice amongst midwives and challenges their own prejudice.

Georgia is passionate that a new approach to midwifery is required: “We feel it is important as a new midwife to acknowledge, and have an awareness, that racial inequalities in healthcare exist and we all have the responsibility to examine our own personal practice and our beliefs to tackle the disparities; the evidence shows black and brown women face when they access maternity care. ” They self-fund and deliver this intervention to universities in their own time.

Rather than wait for an improvement black women have also started to set up their own safe spaces to discuss black motherhood including Buabeng’s Mummy’s Day Out; she continues to advocate for greater cultural competence amongst the medical workforce; she continues to hear poor birth stories from others on a regular basis.

On 15 July the RCOG launched a race equality taskforce to better understand how to tackle racial disparities amongst patients as well as understand the effects on racism on staff working within the sector. The taskforce plans to collaborate with groups across healthcare, government and individuals to ensure new ways are developed to tackle racism and racial disparity.

Dr Ekechi, co-chair and the RCOG’s spokesperson on racial equality says: “[It] sends a clear and brave message to our members and the women that we serve, of our strong commitment to equality in outcomes for all obstetricians and gynaecologists in the UK and for the health of each and every woman.” Ekechi says she is “confident” it will “ultimately save lives”.