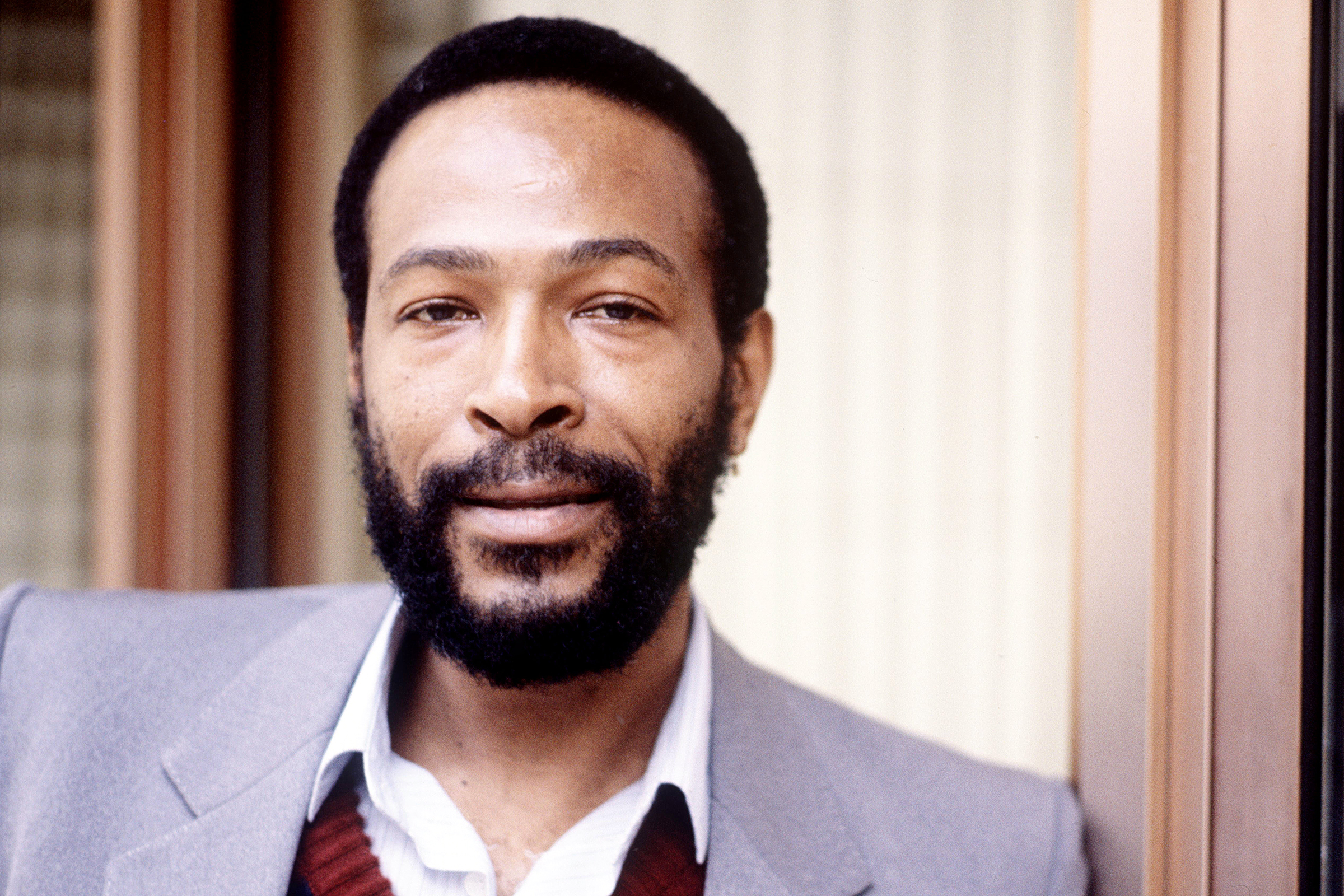 Marvin Gay was born on 2 April 1939. He played the organ and sang in church as a child, developing the powerful and distinctive voice that the world would get to know and love. He later joined the generation of performers including Diana Ross and Gladys Knight and the Pips who, in the 1960’s and 1970’s, skyrocketed to fame out of Detroit under the Motown label.

Marvin started out as a solo Motown artist:

His career soared in the mid-1960’s, when he teamed up with Tammi Terrell for a string of hit songs including ”You’re All I Need to Get By,” ”Your Precious Love” and ”Ain’t Nothing Like the Real Thing.”

Among his early hits was ”I Heard It Through the Grapevine” in 1968.

Marvin’s voice was incomparable, as is demonstrated by this above acapella version. He counts himself in at the appropriate points with impeccable timing and the true beauty of his voice shines through. Below is the accompanied version.

In March 1970, Tammi Terrell died. She had been diagnosed with a brain tumour after collapsing in Marvin’s arms three years earlier, while they were on stage together. Marvin withdrew from public life and reemerged three months later as a changed man. He had a new album, What’s Going On, which was a complete departure from his earlier music and the usual happy-go-lucky Motown fare. It was the first socially conscious album by a major artist of African origin and Marvin was singing about protecting the environment long before others.

Interview with The Guardian’s Phil Symes, in 1971. This was to promote the release of the album, What’s Going On?

“I spent the three years writing, producing and reflecting. Reflecting upon life and upon America especially – because that’s where I live – its injustices, its evils and its goods. “Not that I’m a radical – I think of myself as a very middle-of-the-road sort of person with a good sense of judgment. I think if I had to choose another profession I’d like to be a judge because I’m very capable of determining what’s right and what’s not.”

The main result of his period of semi-retirement was the single What’s Going On and an album of the same title.”The album and single show the sort of emotion and personal feelings I have about the situations in America and the world. I think I’ve got a real love thing going. I love people, I love life and I love nature and I can’t see why other people can’t be like that.

“I can remember as a child I always kept myself to myself and I always dug nature. I used to fool around with worms, beetles and birds, and I used to admire them while the other kids were playing sports. It was like some strange force made me more aware of nature. Those kids playing sports were also showing love – love for sport. And if we could integrate all types of love into one sphere we’d have it made.”

Marvin’s genuine love for his fellow man was the reason behind his recording of Abraham, Martin And John, which was a British hit last July. So totally uninvolved with the music scene is Marvin that he didn’t even know until Disc told him during this conversation that Abraham, Martin And John had been a single here, let alone a hit!

“The people over there dug that? Hey man, I didn’t know that. I’m glad because I really dig it over in Britain. The last time I was there was five, maybe six years ago and my visit was probably one of the more memorable experiences of my life. I love Britain.

“Nobody told me that song was a hit. And I don’t go around seeking out news like that; I don’t get the charts or anything. To me it’s so commercialised and that’s not where my head is. It doesn’t matter to me whether people dig my stuff or not.”

However, despite that statement he does have positive feelings about the recent American success of What’s Going On.

“I feel very good about it. I wasn’t sure what would happen to it. But I don’t feel good for myself – I didn’t have much to do with the song; I feel it all came from God. He drew me into it.”

He speaks of his new album in the same way – “I musn’t get into ego tripping, because I didn’t have much to do with it. But I’m only human and when you get a lot of pats on the back for something it makes you go on trips. I was only the instrument in the album – all the inspiration came from God himself. It’s one that should be listened to.

“The material is social commentary but there’s nothing extreme on it. I did it not only to help humanity but to help me as well, and I think it has. It’s given me a certain amount of peace.”

Following his return to the charts, Marvin has been forced to think again about his retirement from personal appearances, but he’s resolute and won’t appear on stage again – in America.

“But I’d certainly consider a European tour. I’d love to come back some day and say hi to the people, see the country and groove there. It’s been a long time and I’m beginning to feel like an old man. I feel that people in Europe are different from Americans – I think your soul is a little deeper. What a helluva thing I’m saying! There you seem to understand my blackness, my forcefulness and my earthiness. I feel you understand and I get the vibration that you care a little more.”

Marvin approaches his career with a disarming take-it-or-leave-it attitude. He will admit he only released What’s Going On because “there seemed to be nothing else to do. My life, destiny and fate weren’t pointing in any direction, so I thought maybe that would bring it all together a little more.”

He has no plans for the future – “I don’t have any plans at all. I never plan anything. I never have and I never will.”

One thing about his future activities is certain, though – he says he won’t ever again work with a female singer as he did with Kim Weston, Mary Wells or Tammi Terrell.

“I had such emotional experiences with Tammi and her subsequent death that I don’t imagine I’ll ever work with a girl again.”

“I intend to write a lot more and produce other artists. Now I’m working a Motown group, the Originals, who are really talented. And I’m going to work with more people – anyone who asks and anyone who puts their trust in me.

Motown released three singles from what is a phenomenal album, Mercy Mercy Me:

The title song from the album, What’s Going On, and Inner City Blues (Make Me Wanna Holler):

Marvin continued to record and release music throughout the 1970s and 1980s and to go on tour.

His voice continued to mature, gain depth and become even more incredible.

What was to be his final album, Midnight Love, was released on September 30, 1982 and almost immediately became his biggest selling album. The single Sexual Healing topped the commercial charts in New Zealand and Canada and spent 10 straight weeks at No.1 on America’s racially segregated Hot Black Singles chart. Til Tomorrow (below) is taken from that album and demonstrates the purity of his vocals.

Marvin took his seat with the ancestors the day before his 45th birthday, on April 1, 1984.