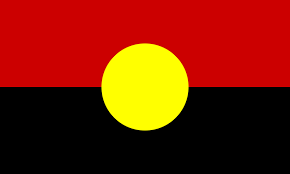 The Stolen Generations are Aboriginal and Torres Strait Islander people who, when they were children, were taken away from their families and communities as the result of past government policies. Children were removed by governments, churches and welfare bodies to be brought up in institutions, fostered out or adopted by white families.

Government policies concerning Aboriginal people were implemented under different laws in the different states and territories of Australia. These laws meant nearly every aspect of the lives of Indigenous people was closely controlled by government: relationships and marriage, children, work, travel, wages, housing and land, and access to health care and education.

Records about the Stolen Generations and their families were kept by governments, as well as by churches, missions and other non-government agencies. Many records have been lost as the result of poor recordkeeping practices, fires, floods, and in some cases, due to deliberate destruction. Changes to the structure of government departments and within non-government organisations can also make it very difficult to trace records to assist with finding family connections.

A total of 106 claimants will share a A$5m (£2.2m) fund set up for indigenous children forcibly taken from their parents.

“No amount of money can make up for Aboriginal children being removed from their families simply on the basis of race,” Tasmania’s premier, Paul Lennon, said in Hobart, the capital of the state which lies off the south of Australia’s mainland.

“But the payments I announce today to those whose lives have been so deeply affected by this flawed policy of separation are a symbolic recognition of the pain, suffering and dislocation they have experienced.”

The stolen generation refers to Aboriginal children – mainly those of mixed race – who were removed from their families and sent to institutions run by the church or state, or who were adopted into white families, in practices that began during the 19th century and only ended in 1970.

Some of the children were literally snatched from their mothers’ arms. Others were taken under the guise of court orders or were removed by stealth, with their parents tricked into handing them over.

The removals were intended to integrate mixed-race children into white society, policies now recognised as well-intentioned but misguided.

Of the 106 Tasmanian claimants whose cases were heard by an independent assessor, 84 people removed from their families as children will each receive A$58,000 while 22 children of victims who have since died will receive about A$5,000 each. Another 45 cases were rejected.

One of those to be compensated is Eddie Thomas, who was a baby when he was removed from his family on Cape Barren Island and placed in a Launceston institution.

So far, Tasmania is the only Australian state to offer a compensation fund.

Other states and territories have apologised to their members of the stolen generation but have not set up reparation schemes.

The prime minister, Kevin Rudd – who has pledged to apologise to Aborigines for the widely criticised policy in the next parliamentary session, something his predecessor John Howard refused to do – has also ruled out backing his forthcoming apology with money.

Individual members of the stolen generation can sue for compensation but so far only one man has succeeded. Last year the South Australian Supreme Court awarded Bruce Trevorrow around A$500,000 in compensation for his ordeal.

His lawyer, Julian Burnside, told ABC television that it would be better if the estimated 55,000 survivors of the policy throughout Australia could apply for financial reparation under a scheme based on the Tasmanian model.

“If individual Aborigines who were taken as children are left to fight their own cases, the process is incredibly difficult for them, very distressing for them, and also extremely expensive for them and for the state,” he said.